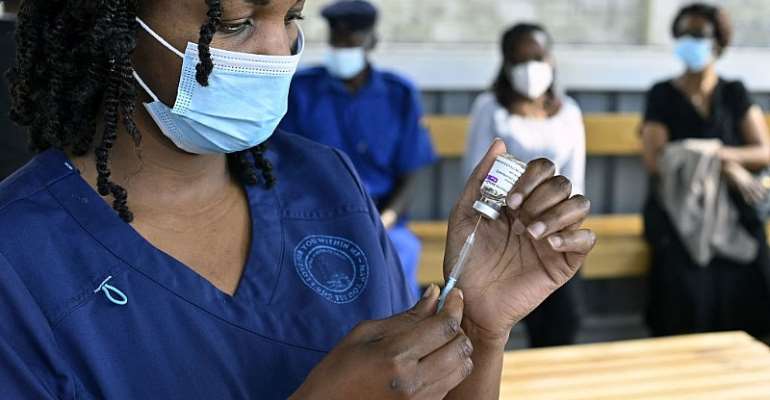 Kenya is grappling with the COVID-19 Delta variant, which recently resulted in the western part of the country being put into lockdown. It now threatens the capital , Nairobi.

A modelling forecast from the Kenya Medical Research Institute in June 2021 warned of an imminent fourth wave with attendant risks of health service demand exceeding capacity. The Delta variant is much more transmissible than its predecessors, such as the Alpha variant, but it does not appear to cause more severe disease .

The modelling study is a welcome alert to the dangers of the Delta variant. Its findings should be used to inform preparedness by both public and private sectors. In other parts of the world, the variant has spread fast including in those who are partially immunised, overwhelming health services.

The big concern is how Kenya will fare this time around.

The Kenyan government reacted quickly to the previous three waves. But the public has felt some pandemic fatigue. And the economy and social life in general have been negatively affected.

Two doses of the main vaccines provide good protection against hospitalisation and severe disease. The country's rollout so far has been limited to COVAX supplies and donations, and a concerted effort to procure more using local and donor funding is necessary.

Kenya's strengths – and the gaps

As of July 29, there were 199,941 confirmed cases of COVID-19 with 3,895 deaths in the country. A partial explanation for the low fatality number is Kenya's younger population with fewer co-morbidities and less obesity. But there may be other explanations too. It is likely that there is already a high percentage of the population that has been exposed to COVID-19 from earlier waves and so will have some immunity against it.

The government has done some things well. There was, and continues to be, prompt national action with a national emergency response committee , coherent mitigation messaging, daily briefings by the Ministry of Health on case numbers, positivity rates and hospital utilisation, and dedicated treatment facilities.

The health system as a whole has shown resilience after an initial decline when the pandemic started, with most healthcare services, like maternity care, now back to normal or near normal . In addition, coordination of testing across the country has been instituted and includes genomic testing.

Because of the limited supplies of available vaccines, only about 2% of the population has been vaccinated. So far, the Astra Zeneca has been the only available vaccine but others including the Johnson and Johnson and Pfizer are expected in August. There are ambitious plans to cover the whole adult population by 2022 using donated and locally procured vaccines .

There are, however, areas where more action is needed, particularly in the face of a potential fourth wave.

The main gaps are in the capacity of the health system. Oxygen provision is low especially in the public sector . In addition, there are too few intensive care unit beds.

And then there's the need to ramp up vaccination efforts. Vaccine procurement is limited to the government. In addition, administration is being done by the government distributing – from their limited supplies – to public and selected private facilities. As vaccine supplies increase globally, allowing non-public sector provision would help raise coverage.

Adherence to mitigation measures such as mask wearing and social distancing is limited. Myths about COVID-19 abound, and there is deep scepticism about the threat the virus poses.

Effective responses are also being hampered by vaccine hesitancy and government corruption scandals .

The new Delta variant is a serious threat because it is much more easily transmitted. Prompt government action is necessary to put prevention measures in place and enforce them.

A major effort is needed to help hospitals test and report results quickly for optimal patient care, particularly in the public sector. The government took a decision early in the pandemic to limit antibody testing to research studies. This constrains both clinical care and surveillance of the prevalence of COVID-19 in the population which would otherwise give more insight into the nature of the pandemic in Kenya and population exposure.

More testing and contact tracing should be in place.

There also needs to be better coordination of bed availability across counties and the country.

The potential for larger gatherings to be super-spreaders is a clear concern. The government should bring people and policymakers together, working with communities to reduce complacency, improve education and awareness and to enforce adherence to mitigation measures.

The vaccination programme needs to be expanded and expedited. Using local knowledge and networks is essential to prepare people and health services for a rapid vaccination scale-up.

In terms of treatment and care, the single most important aspect is oxygen. It is vital to be able to give higher levels of oxygen such as with a high flow nasal canula. These are available in some private facilities but in very short supply in the public facilities.

And, finally, Kenyans themselves have a responsibility to take precautions and get vaccinated. They should avoid large gatherings, such as political rallies .

Marleen Temmerman, Director of the Centre of Excellence in Women and Child Health and Chair of the Department of Obstetrics and Gynaecology (OB/GYN), Aga Khan University And