Freedom Of Speech Must Not Be Abused 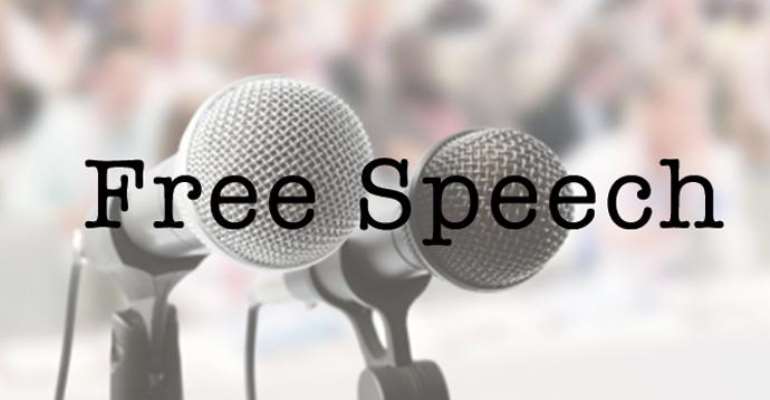 Freedom of speech is not equalled to freedom of insult.

In recent times we are experiencing more freedom of insult than freedom of speech.

Certain un-Ghanaian characters are going on both in social and traditional media.

Raining insulting words upon our leaders have become a new phenomenon nowadays.

Every thick, tomb and hurry Ghanaian have the right to criticize, but not to insult.

Leadership is not a small task.

Although most of the leaders think only about their stomachs, it doesn't warrant anybody to insult them.

President Akufo Addo gave a caution yesterday when he visited the Muslims to celebrate the Eidul Ahda festival that we shouldn't abuse the atmosphere of freedom of speech in the country.

Then it needs to start from the politicians, they are found of that especially before, during and after general elections.

As we don't lived under a culture of silence in the country, definitely people will speak to issues going on.

What we must do is that we should be circumspect, measured, and think twice about whatever will proceed out from our mouth's.

Whatever we say must be needful and helpful, in other words not to says what will break or unbreak the peace and stability in the country.

Power drunk and political divides is the main course of abusive speeches. Both the incumbent and opposition political parties, want to runs each other down to be unpopular, to amass votes during an election year.

The word journal means keeping of records or reports about a case.

So every journalist must also take time to investigate any story to bring out the truth for public consumption.

Propaganda is not part of the ethics in the journalistic profession.

It is not every issue a journalist should bring it out to the Public, some issues can spark fire, that is why every journalist must analyst what will be in the public domain.

The media being the fourth realm of governance simply means they should work with the other realms to ensure peace, order, and sustainable development in the country.

Every journalist has the power of persuasion, so the body language, choice of words, presentation skills of a journalist can influence the Masse's to strike.

One irresponsible statement from a journalist can destroy the peace of the country.

When a journalist is bringing out a story either by written or spoken the truth of the story should be supremacy and the ultimate.

Most of the journalists used insulting and abusive words, because of political agenda or their own personal interest.

They should know that life and death are in the power of the tongue.

The journalists should protect freedom of speech in the country, for their profession is to disseminate information.

When the country is plunged into a culture of silence,it will affect them.

Let's appreciate the freedom of speech in the country, and safeguard it, for the next generation.