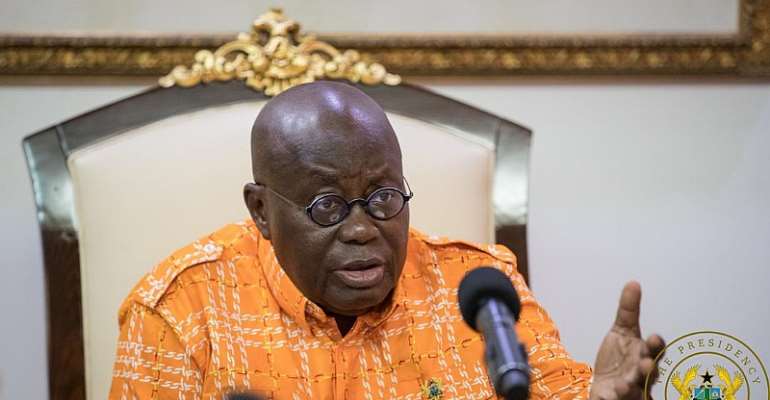 Ever read the drama titled "Marriage of Anansewa" by the industrious Ghanaian play writer Efua Sutherland? Many who have read the erudite drama by the distinguished playwright asked why the great Kwaku Ananse gave his daughter to 3 prominent chiefs to marry at the same time. In the beautiful drama of "Marriage of Anansewa" by the industrious Ghanaian play writer Efua Sutherland, Kwaku Ananse the main character in the play gave his only daughter Anansewa in marriage to 3 great chiefs who sort her hand in marriage. Many have argued that this was a greedy father who only thought about his selfish interest and not the best interest and wellbeing of his daughter. Others also opine that the economic difficulty of the day is to blame for ‘Agya Ananse’s actions. As to whether what he did was right or wrong, Young Positivist has no moral right to judge him. The focus of this article is to discuss the economic hardship that bedevils us as citizens making us act the way Ananse acted in the drama discussed above.

To my mind and that of many others, Ghana is not a poor country. In fact, as a country, we are blessed to have almost all the vital natural resources that any country could wish for. Yet everyday citizens suffer to make ends meet. Most advanced countries do not have a minute of our resources, yet they are in the position to make sure that their citizens survive and even have enough to feed other countries Ghana inclusive. I have chosen to talk about the deplorable state of our economy and how ordinary citizens are suffering and struggling to survive. One would not be wrong in saying that it looks as if the government of the day is clueless, does not know how to deal with the issues and things are getting worse each day at the expense of the ordinary Ghanaian

I vividly remember, prior to the 2016 General elections, the promises made by the New Patriotic Party (NPP) led by the incumbent President, Nana Akufo-Addo. The promises made by him left many singing his praise as The “Messiah” who was to come save us from the hands of the National Democratic Congress government led by former President John Dramani Mahama. They made Ghanaians believe that the economy at the time had broken beyond repairs but if they were given the mandate to lead the country for the next four years, they were going to transform Ghana and turn the ailing economy around

In an interview with Kwami Sefa Kayi, host of Krokroko morning show on Peace Fm, the then-presidential candidate of the NPP Nana Akufo-Addo made some statements that resonated well with many Ghanaians. "Ghana, Yete Sika so nanso ek)m de y3n” to wit Ghana, we are sitting on money, yet we are hungry. He further said that “Ghana eny3 ohia man and it is because of bad leadership that is why we are suffering” to wit Ghana is not a poor country, but the people of Ghana were suffering due to bad leadership and governance.

Moreover, I am honest to admit that at the time, I agreed with everything said at the `time and I still agree with him on the score that Ghana is not a poor country, but that the suffering of the over 30 million citizens is attributable to bad leadership and lack of proper governance. If we have good leaders who understand the affairs of the country and its management, ordinary citizens would not be suffering as they are doing now.

Ghanaians were made to believe that John Mahama was ‘sitting’ on the money and that is why we were going through a lot of hardship and so when Ghanaians went to the polls in 2016, it resulted in John Mahama losing the elections as an incumbent President to the current President then candidate Nana Akufo Addo. This was to afford Nana and his NPP a chance to turn the fortunes of the country around. It is surprising to note that it looks as if this government and the President are not just sitting on the money but they have rather buried the money in their bedrooms and have hidden it from the ordinary people and that is why we are groaning in pain

The New Patriotic Party and its presidential candidate prior to the 2016 elections tantrum on all platforms ‘We have the men! we have the men! we will be better managers of the economy than our opponent; the National Democratic Congress (NDC). The current President was literally begging the Ghanaian populace to give him the mandate. Among other things he is alleged to have said on one of his campaign trails “Try me too and see, give me just 18 months to develop this country. The Ghanaian populace gave him the mandate and today, the story is nothing good to write home about.

The questions that remain unanswered are what happened to Y3te Sika so nanso ek)m de y3n, and we have the men? Are we not sitting on the money again? Don’t they have the men anymore?

It is therefore not surprising that this current government is only interested in talking about the macroeconomic indicators and pay little attention to the relevant one, the micro economy. The ordinary Ghanaian does not understand what GDP, exchange rate, inflation and its accompanying terminologies are but rather the ordinary Ghanaian is interested in seeing vast difference between yesterday and today. But if yesterday seems better than today then we can say that the managers of today are worse as compared to the managers of yesterday.

Prices of goods and services have tripled if not doubled in the last couple of months. Drivers cannot afford to buy fuel due to the incessant surge in fuel prices. Essential commodities have become a luxury making and expensive to buy. Prices of goods and services keep rising each day and it is becoming unbearable for the ordinary citizen who has completed his tertiary education who is left unemployed to afford. For brethren in the urban areas who thought private commercial transport (trotro) was an easy way to go about their daily activities without having to spend so much on transportation are now feeling the heat. The constant increase in fuel prices leading to an automatic increase in transport fares has made life unbearable if not stress their pockets. On this note, it is safe to say trotro prices are competing with Taxi or Uber fares.

The most annoying thing is that these leaders do not experience the plight of the ordinary citizen because everything they use is being settled by the taxpayer. The level of insensitivity under this regime has risen to the apex.

The government wants us to believe that we are in this kind of mess because of COVID-19. I vehemently disagree with this low standard justification and excuse as to why we are going through this kind of horrendous moment. It's been just a year since COVID-19 ravage the whole world. The truth is if the government had done something before the coming of COVID-19, citizens would not be suffering as they do now. We cannot pay water and electricity bills. They keep increasing it each month. The absurdity of it is the erratic nature of the power supply. Consumers suffer outages without prior notices and sad to say this can only happen in a ‘joke’ country like ours!

Nana Akufo-Addo on his promising spree prior to the elections told Ghanaians that in 18 months he could transform Ghana. The ordinary Ghanaian has not seen any improvement in his or her life in the five years of Nana Akufo Addo’s presidency. It has been said that nobody should ever equate the job of a President to that of running a business and as such any person desirous of becoming president must be cautious of his criticism of the government of the day. I bet he is feeling the heat now as President. As of today, they are still sitting on the money, and we are still suffering. They have the men, but we cannot see what these men are doing. He asked for 18 months to develop the country and he has been in office for 5 years and we have not seen any better improvement. Over 124 ministers in his first term but they cannot show Ghanaians what they did achieve with this elephant size of government.

On this score, can we equally say that it is because of bad leadership that is why we are suffering? Is Nana Addo and his government also sitting on the money, or they have rather buried the money? They campaigned on the back of unemployment and promised jobs for the teeming unemployed graduates. What they brought to the youth was the Nations Builders Corps (NABCO) which they give GHS700 Ghana cedis per month as salary to persons employed under the scheme. How can you live with on GHS700 if you are working in Accra or under the present economic hardship? Of this paltry sum as salary, the NABCO personnel are sometimes not paid for about 5 months. Just imagine having a spouse and a child and managing 700 cedis per month! Just imagine the frustration you will go through.

The economy is in disarray, the ordinary citizen is unable to afford 2 square meals a day. Some even are unable to have one unless they engage in criminality before they can eat. I do not want to be a prophet of doom, but recent events like the chaos in Ejura, fix the country tag gaining momentum is evidence of the wind of an uprising blowing. Citizens are peeved, the youth are bitter, and elderly seem to have given up, yet nothing is being done to alleviate the plight of the ordinary Ghanaian but rather politicians are always talking about the ways to enrich themselves.

In ending this write-up, I want to ask the president, Nana Addo, if he is also sitting on the money as was John Mahama? Does he still think that Ghana is not a poor country? Do they still have the men? Is it bad leadership that has brought us where we are now? Or should we still blame John Mahama who left office about 5 years ago for our troubles?

The country is sitting on a time bomb. We have fire closer to where fuel is being kept. The system needs to be fixed immediately to avert any unforeseen happening. It is the men at the top who have failed us woefully. They have sat on our money; they have given our money to their girlfriends and family members. Today, if you are not a party member it will be difficult to get a government job. Where did we go wrong? Kwaku Ananse gave his only daughter to 3 men to marry. He needed to survive after his daughter is being taken away. It was the survival of the fittest. We may not do the same as he did, but if we do not take care someone will sell this country without our notice… Yete sika so nanso ek)m de y3n! Ghana eny3 ohia man, na amanmuo b)ne nti na ama y3bre. (We are sitting on the money! Ghana is not a poor country, but it is because of bad leadership that is why we are suffering)