Exactly 183 Years Today, Badu Bonsu II Was Killed At Butre And The Head Taken To The Netherlands For Curiosity Sake 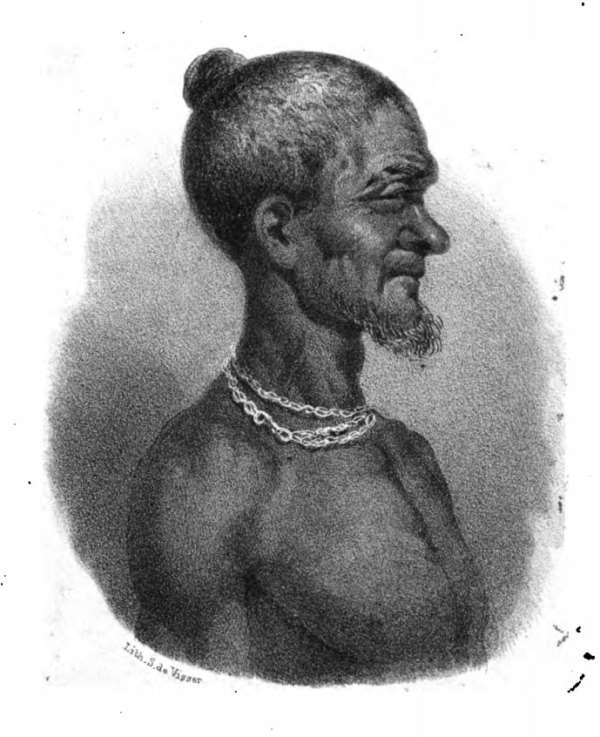 Today is 27th July and I am drawing curtains on the daily SERIES ON BADU BONSO II IN THE MONTH OF JULY that I have been sharing on my Facebook wall and some WhatsApp platforms. I did it to commemorate the passing of one Ahanta king who placed the collective interest of his people above his own even to the point of death. He preferred to be discomforted than to watch on as the Dutch kept exploiting Ahanta at the expense of his people. He resisted them and paid the ultimate price of leadership with his dear life. I hope I have succeeded in informing and educating my fellow Ahantas on some aspects of our history? There is more to our history and hopefully, time will favour me to continue to share more in the days and years ahead.

27th July is a dark day in the history of Ahanta. It is a day for mourning, grieving and wailing for Badu Bonso II, Ahanta's king who was killed by the Dutch, removed his head and sent it to the Netherlands for more than 170 years before it was discovered by Arthur Japin in 1997. The head of Badu Bonso II was brought to Ghana in 2009 after a brief ceremony in Hague after a delegation from Ahanta, comprised of Chiefs and descendants of Badu Bonso II brought the head without compensation from the Dutch government for their atrocities and heinous crimes they perpetrated against the people of Ahanta.

In 1830, Badu Bonsu II started having troubles with the Dutch who were using the Butre treaty which was signed on 27th August 1656 as a basis to continously exploit Ahanta. Badu Bonso II disputed the terms and references of the Butre treaty and that brought hostilities between him and the Dutch officials in Gold Coast. For 8 years, Badu Bonsu II was at loggerheads with them. The crisis heightened when Badu Bonso II banned the sale of guns and gunpowder in Ahanta and forbade selling them to neighboring tribes especially the Wassas. The ban on sale of guns and gunpowder went against trade and economic interests of Dutch in Ahanta so they instigated some subchiefs of Badu Bonso II against him. One of such subchiefs was Eteroe of Sekondi.

Eventually, Badu Bonso in a company of armed men from Busua met George Maasen and Adrian Cremer at Butre but failed to enter Fort Batenstein. Badu Bonso II requested that the matter be resolved in the house of one Anthony Rhule. In the course of deliberations, George Maasen and Adrian Cremer made attempts to arrest Badu Bonso II by force but he resisted them. They fired warning shots at him and he reciprocated their actions by killing them and took their heads to his palace at Busua.

In February 1837, news reached Hague, the capital of the Netherlands that Badu Bonso II had killed Tonneboijier and several Dutch officials in the Gold Coast. William, I quickly conveyed meetings and selected Gen. Jan Verveer to lead an expedition of 200 mercenaries to Ahanta to quell what they described as rebellion. The expedition landed in Elmina in May 1838 and in the days that followed, Gen. Jan Verveer would go round and mobilise local forces from Fante, Wassa, Sekondi, Axim and other tribes in addition to the 200 mercenaries he brought from Hague in his bid to launch an attack on Badu Bonso II.

In July 1838, Gen. Jan Verveer and his forces set for Ahanta. After a fierce battle between Badu Bonso II and his forces, Badu Bonsu II was arrested on 26th July 1838. He was brought to Butre and after what the Dutch called public trial and conviction, they hanged Badu Bonso II to death on 27th July 1838 at the exact spot he earlier killed Gearge Maasen and Adrian Cremer. A medical officer at Elmina castle called Schillet removed his head and placed it in Formahyde jar and they took it to Elmina and later sent it to Hague. The only reason Schillet was assigned for removing Badu Bonso II's head was for curiosity sake. Several Ahanta royals particularly from Busua and Takoradi were also taken along and in August 1838, some of them were hanged at Elmina. The remaining were placed on board a ship to the Dutch West Indies.

Busua and Takoradi were completely destroyed and several Ahantas fled. Many towns went extinct and for 10 years, there was no Ahanta king until Hima Dekyi of Dixcove ensured that a king was put on the throne later. The newly installed king died shortly and other successive kings were going to die mysterious and in very unexplained circumstances. The mysterious deaths of the successive kings triggered fears among the royals of Busua especially the women. It was so fearful that royal women started hiding their male children to prevent them from being installed as kings. Others also fled Busua with their male children and never returned.

In April 1872, the Dutch sold all their trade possessions in Ahanta to the English and left Ahanta for good. They left Ahanta with divisions and confusions that have lasted to date. Exactly today is 183 years since the Dutch invasion of Ahanta and the death of Badu Bonso II.