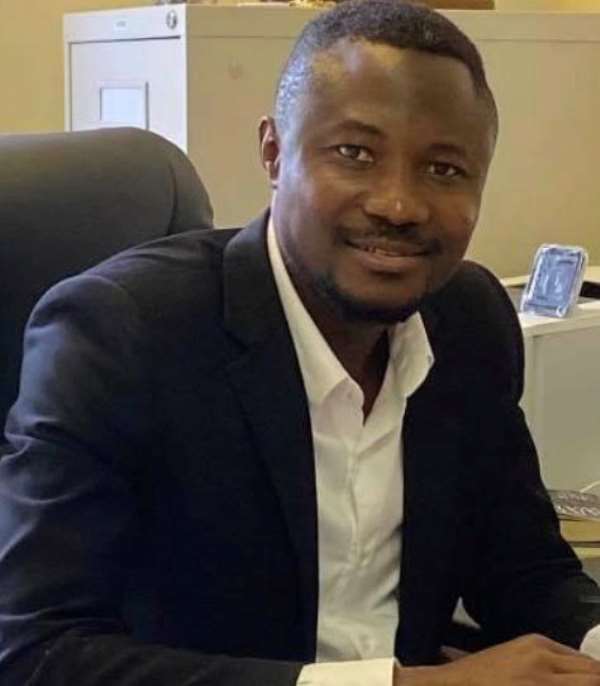 Ghana produces over 100 thousand new graduates every year. For a fresh graduate, landing on a meaningful employment within the first five years looks like a miracle. The grim irony is that Ghana's economy has been growing at an average rate of 6.8% per annum in the last decade without commensurate growth in sustainable jobs for the teeming youths. Is this a recent phenomenon?

Indeed, as a young graduate, spending five years looking for a meaningful job could be a period of frustration, desperation, vulnerability, and susceptibility to social vices, posing a significant threat to national security. So, what aren't governments doing right?

First, the government is the biggest spender but hasn’t created any strong bearing between its expenditures and job creation. It is intriguing that between 2010 and 2019, the Government of Ghana spent over GH₵325 billion ($55b), equivalent to 80% of GDP, on goods, services, and infrastructure, without stimulating local industries that much to create sustainable jobs.

The convention over the years has been to award the juiciest multi-million-dollar contracts for infrastructure projects, goods supply, and services financed by the taxpayer to foreign companies even when they do not have production capacities in Ghana.

This model of nation-building and economic development starves the local economy of the needed blood to power industries. It also destroys the conveyor belt that creates backward linkages through the value chain to support job creation.

Recently, the Minister of Education had to direct companies bidding to produce government textbooks for Ghanaian schools to print them locally to empower the local printing industry. Hitherto, the millions of textbooks would have been produced in China, shipping the thousands of direct and indirect jobs in production and supply of raw materials to another country. This is an affront to the taxpayer.

In June 2021, for example, the National Tripartite Committee announced the 2021 minimum wage, which applies mainly to the private and informal sectors. It was pegged at GHC 12.53 per day. That's equivalent to only USD 2.1, averaging GHC 1.6/hour (USD 0.27/hour). That surely isn’t enough to cater for basic expenses (food, rent, bill) for a new employee starting at a minimum wage rate.

Comparing minimum wage among countries in Africa at purchasing power parity (PPP), a publication by the International Labour Organization shows that Ghana is among the 11 worst paid minimum wages in Africa (UDS136/month)—worse than neighbouring country, Togo (USD 147); twice worse than Cape Verde (USD 274), and almost 4 times worse than South Africa (USD 525). According to the Danish Trade Union Agency , of the 11,701,828 active workforces in 2019, a large majority (89%) operated in the informal sector where employment regulations do not apply in practice, resulting in underpayment of labour.

The core problem here is that (i) The wage structure measured only in daily terms is a huge disadvantage to labour. It becomes difficult for both employer and employees to match output with compensation. (ii) Non-enforcement of the labour laws in the private and informal sectors leaves employees at the mercy of employers where often labour is exploited for supernormal profits. Underpayment of labour efforts is thus the chief cause of what is perceived as high unemployment in Ghana.

To solve the canker, (i) It is important for the government to acknowledge that job creation is a function of public expenditures and government policies. As a developing country, the government must focus on building local industries with its procurements of infrastructure, goods, and services.

As a principle every ministry department and agency ought to provide job content analysis, for every contract awarded, indicating the number of labour hours (direct and indirect jobs) local subcontractors to benefit, and the volume of local raw materials creating backward linkages.

Ghana must shift away from the procurement regime where contracts are awarded to the least cost bidder and focus a tender system that demonstrate a strong local content (labour, raw materials, sub-contracts) to stimulate local industries.

Also, it is about time government agencies organized capacity-building workshops every year to orient local entrepreneurs on business opportunities that exist for them in the national budget when approved by Parliament.

(ii) Bridging the wage gap hourly wage rates: Ghana must begin to toll the path created by the global north countries in the early part of the 20th centuries where productivity and wages are measured in hourly rate. This approach corrects labour compensations deficiencies in the private and informal sectors.

Even though changes in wage structure is volatile to employment rate, to create a fair wages system, production efficiency, hourly payment structure is the way to go as employers would continue to employ labour as long as additional hours of work increase the marginal product of labour. The system could also create an effective part-time system for both employees and employers to maximize production capacity while giving the opportunity to labour to jump on to other jobs with ease to earn more incomes. This program can be piloted with government contracts where labour efforts are measured and remunerated in hourly terms.

In conclusion, the government's 1D1F policies is a great step to build industrial hubs to create more jobs. Beyond that, the government must create a National Occupational Classification (NOC) to identify and classify jobs within every industry at its new website ghana.gov.gh . This helps potential employees to identify where they fit in the job market which guides them in education, training, and skill acquisition. It allows the government to plan, streamline wages and salaries, compile job statistics, analyse job changes or patterns for effective labour policies.

Solomon Atta is a Policy Advocate based in Canada.

Our members are dying, pay us – Contractors lament
21 minutes ago