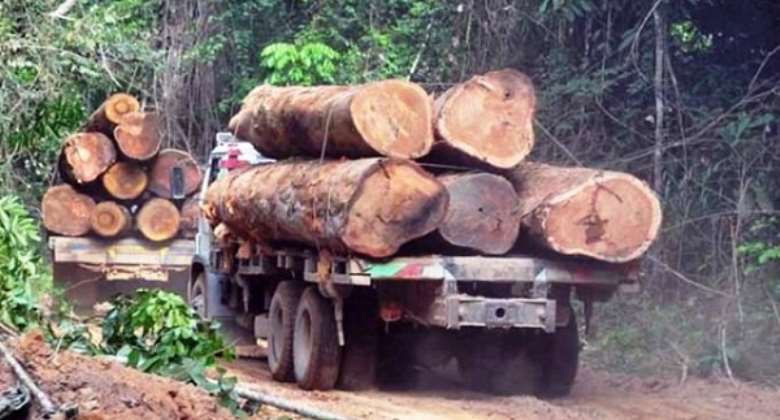 Obed Owusu-Addai, a Ghanaian citizen and an active member of a Civil Society Coalition working in the natural resources sector has dragged government to Court over the continuous issuance of special permits for commercial logging of timber contrary to the Constitution of the country.

While some ministers have complied with the laws, he indicated that others have also gone contrary and issued special permits for commercial logging in the last decade and a half, taking advantage of an anomaly in the law.

Although current Land and Natural Resource Minister Samuel Abu Jinapor has pledged not to issue such permits, Obed Owusu-Addai says it is important to receive backing from the Court to ensure permanency.

At a press conference in Accra at the Erata Hotel on Thursday, July 1, 2021, Obed Owusu-Addai has revealed that his lawyers have served the Attorney General the mandatory 30 days’ NOTICE of his intentions to bring a civil action on the matter.

According to him, the decision is to drag the state to the High Court but if desired reliefs are not granted, he will proceed and take the matter to the Supreme Court to ensure the issuance of special permits for commercial timber logging becomes a thing of the past.

Find below the reliefs Obed Owusu-Addai is seeking:

i. A declaration that the issuance of commercial timber rights known as “special permits” or “administrative permits” or “ministerial permits” constitute a transaction, involving the grant of a right for the exploitation of a natural resource of Ghana and is subject to ratification by

Parliament in accordance with the constitution; ii. A declaration that the interpretation given to section 20(2) of ACT 547 by the Ministers of Lands and Natural Resources and the Forestry Commission that purports to allow the issuance of commercial timber rights known as “special permits” or “administrative permits” or “ministerial permits” without recourse to Parliamentary ratification is erroneous and unconstitutional;

iii. A declaration that all such “special permits” or “administrative permits” or “ministerial permits” involving the grant of a right to exploit the timber resources of Ghana granted by the Minister of Lands and Natural Resources or the Forestry Commission without Parliamentary ratification are null and void, illegal and ineffective.

iv. An order restraining the Minister of Lands and Natural Resources and the Forestry Commission from entering into any transaction, contract or undertaking involving the grant of a right or concession for the exploitation of commercial timber rights without Parliamentary ratification.

v. Any other orders consequential to the enforcement of the provisions in article 268(1) of the Constitution 1992 of the Republic of Ghana.