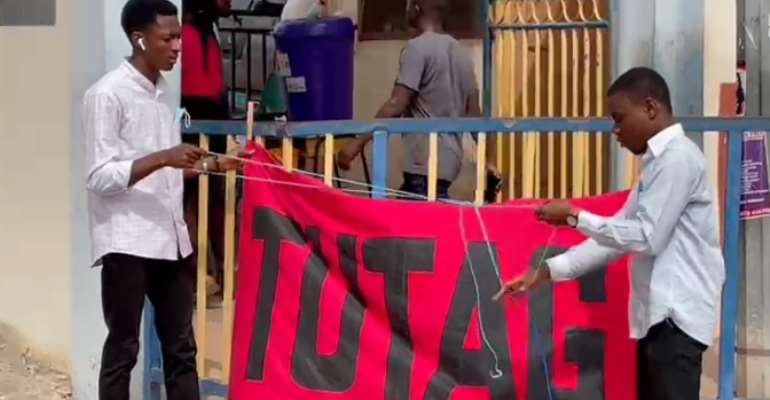 The President of the Technical University Teachers Association of Ghana (TUTAG), Dr. Akurugu Bingana says negotiations with the government on their conditions of service will begin on June 29, 2021.

According to him, the association was able to secure a letter to this effect after a meeting with the Ministry of Employment and Labour Relations amidst their ongoing strike action.

Members of TUTAG are currently on strike, which kicked off on Monday, June 14, 2021. They are protesting against poor working conditions and the frustration technical universities encounter in getting accreditation for academic programmes.

The National Labour Commission had earlier ordered the leadership of TUTAG to appear before it on June 16 to be heard and possibly have their concerns addressed.

Speaking on Eyewitness News, the president of TUTAG said they had a positive response after a meeting with representatives of the Employment Ministry, which had the Ministry of Education and Finance in attendance.

“The new development is that at the end of the meeting with the Employment Ministry and Labour Relations in which we had Ministry of Education, Ministry of Finance and Fair Wages all representing, we have at least secured a letter indicating that we will be starting negotiations on our conditions of service on the 29th of June. This has been one of our issues, and it is good that we have been heard.”

On when the industrial action would be called off, Dr. Bingana said such a directive can only be taken at the association’s congress.

Academic work in the various technical universities nationwide came to a standstill following the strike being observed by TUTAG.

Some students of technical universities interviewed by Citi News on Monday urged government to have TUTAG’s issues resolved immediately so academic work could continue.

‘We’ll go hungry if we stop light fishing’ – Fishermen in El...
43 minutes ago