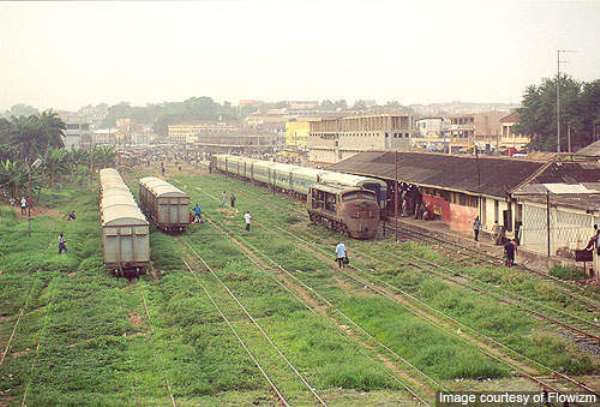 There are pockets of indiscipline all over the country anomalies which call for concerted efforts to tackle.

From illegal mining to the abuse of sirens we are faced with growing incidence of nuisances which need fixing by all of us.

We wonder when action is going to be taken against persons who have constructed houses on the sides of railway lines in Accra and it would appear elsewhere outside the nation's capital.

A stroll along the railway line around Plant Pool in Accra depicts a settlement along the line something which has been done without the authorization of the Ghana Railway Company.

With the railway system now being resuscitated it is obviously time to eject the squatters some of who we have learnt took possession of the lands on the authority of retired staff of the company.

Such illegality should not be countenanced under any circumstances because it represents a daring of the state.

For how long shall we allow such indiscipline to continue? The Ghana Railway Company should not wait for the resuscitation programme to reach such places before taking action. The time to act is now.

Enter the high incidence of siren abuse by persons who claim erroneously to be on state duties.

So worrying is the incidence that even the President had cause to speak out against it. No country would allow sirens to be abused the way it is being done today in the country especially in Accra.

Motorists are so used to the sirens that they are beginning to ignore them when they are being sounded.

This is dangerous because when actual emergency situations crop up and sirens are blared the response from motorists would be absent and that could mark the difference between life and death.

The Greater Accra Regional Minister has issued an ultimatum for persons whose vehicles are fitted with sirens and blinking red and blue lights to de-install them.

We support the ultimatum but wonder how those who breach it would be handled. The sirens are sounded at places where state agents are usually absent. That is the challenge.

Perhaps another way of addressing the challenge is to ban the importation of the sirens so that private persons who the culprits of the abuse are denied access to them.

Police officers who can deal with the abusers of the gadgets are not showing the enthusiasm to deal with the nuisance and the reason for the cold-feet is not far-fetched. When arrests of the defaulters are made interventions from their superiors make it impossible for them to go further.

Making announcements in the media about the anomalies and even issuing warnings are not registering the desired objectives. What shall we do?

Even the streets which were cleared of hawkers are beginning to receive the recalcitrant traders and worryingly so.

As for the Ghana Railway Company their task is cut and dry because they can simply order the demolition of the brick structures put up along their lines.

Some state agents must act now because the indiscipline is getting out of hand.

Shouldn't the loud mouths be speaking about how to fix these anomalies in society? Fixing Ghana is about reversing the indiscipline we all cause in our own ways. Let us wake up as citizens of this country.