The Science of Mining God 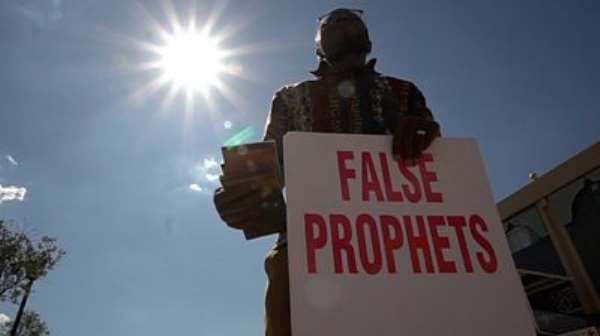 [This is obviously a precursor to ‘Death to God and State’ in chronology of events, yet a sequel in explanation]

God and Man
Some 2000 years ago, although if we be precise, 2021 years ago, a gentleman walked the earth. That gentleman was said to be God. His death was said to grant humankind salvation; so that after death they would not be totally condemned. After this gentleman’s own death and resurrection, his cabinet of ministers—disciples, continued the work His physical form had started, going about preaching the Gospel, winning souls; and just like that the Christian church had begun.

The church being manned by human beings, was to quickly take on the flaws of human beings—although many hate to admit this fact. And slowly, something meant to be for the good of humankind, has within it now, many holes so glaring that they require poking and prodding. The church, being a physical institution, sometimes totally divorced from its source, God, cannot escape examination. The man of God is not God—they cannot escape examination. Heaven knows, even God Himself in His physical form as Christ, did not escape prodding. Probing and the consequent accountability it requires, is necessary for the maintenance of society.

War on the Rich
We can pin the beginning of the Church as far back as the arrival of Christ, making God Himself, unequivocally the founder of His own church on earth. During these times, poverty and wealth ran rampant in their very extremes. Like every evolving society, wealth lay in the hands of the few rich, while the many poor wasted away in squalor. The economic and socioeconomic scale was so tipped against the poor that Christ, was to find Himself, giving parables upon parables, teachings upon teachings, featuring the poor as metaphor for the faultless human to whom the Kingdom of Heaven would be freely opened. “Blessed are you who are poor, for yours is the Kingdom of God.”

The rich, they were to serve as endless metaphors of condemnation—an eye of the needle measure used against them. They could not get through the gates of heaven as easily as the poor could: “It is easier for a camel to go through the eye of the needle than for a rich man to enter into the Kingdom of God.”

These things Christ said, when stripped of their purpose as metaphors, seem outrightly harsh and discouraging, especially coming from a God who had time and time again promised to this person and that person—Abraham, Moses, David, Solomon, and co. that ‘I will bless you…’; ‘I will give you this and that land…’; ‘I will bless your descendants…’

This sharp contrast—blessing people with physical wealth at one point, and at another point, cursing those with earthly wealth—is no way indicative of any sort of indecisiveness on the part of Christ, but rather, it makes clear this fact: it was the greed attached with so many wealths at that time He decried, not the status of means itself. Christ was the ultimate egalitarian—an equaliser who sought to make the human existence as bearable as it possibly could be for all humankind. So, in line with His mission to save humankind, God in the body of man—Christ, set about preaching charity. Giving became an anthem of the early Christian. The rich was to help the poor—society was to be for one another. In fact, influenced by the economic and socioeconomic conditions at the time, Jesus gave a whole lot of bread-dense analogies; “I am the bread of life…” “…I am the living bread that came down from heaven…”; “Man shall not live by bread alone…” At one point He was even calling his body bread. Hunger no bi easy.

Jesus did not advocate for a total abandonment of our physical form and existence—that would be advocating for humans to commit suicide so as to attain their heavenly home quickly, wouldn’t it? He rather advocated for the creation of conducive conditions in our human societies that would make living more bearable.

His disciples, they followed suit, even to the point where they had nothing to give. They, unlike their leader, were having a hard time summoning bread and fish from heaven in very dire situations to feed the hungry (I propose here that Jesus should He plan on replicating this miracle of His in these modern times, should consider adding shito to the mix.). But Peter, when once met with a begging man, famously responded, “Silver or gold I have none…” and counter-offered the lame beggar with means—healing. The modern church requires silver and gold from the ailing man before healing may be given him—pseudo-healing at best. But I am jumping the gun.

I cannot proceed from the disciples-examples without citing my favourite guy, Paul: “What good is it, my brothers and sisters, if someone claims to have faith but has no deeds? Can such faith save them? Suppose a brother or a sister is without clothes and daily food. If one of you says to them, “Go in peace; keep warm and well fed,” but does nothing about their physical needs, what good is it? In the same way, faith by itself, if it is not accompanied by action, is dead.” The Early Church adhered closely to this principle—not in words, but in actions.

With these teachings, little by little, the church was gaining physical form. Since these 2021 years began counting, the Christian was to set about, facing ostracisations, yet claiming still that their Jesus was God, and His teachings (both on humankind’s earthly existence, and the spiritual afterlife) proliferated.

Constantine Creating a Constant
The Disciples, Paul, and co. also faced their respective deaths—naturally. Yet, the Gospel was to persist still. We are going to jump right into Constantine’s Rome three hundred years later. Constantine, in the throes of war, had a vision of the cross, that led him to the Christian God. Consequently, the Great Emperor converted to the Christian faith. In the years that followed, he undertook to provide the church, relief from persecutions and prosecutions, and consequently, attain acceptance. His main concern, looking at the climate then, was keeping the ‘heretics’ alive and safe. This was a time when Christians were the ‘other’, for they were a group of people who believed that a certain man had descended from heaven to earth—that man being God. It is more complicated than that actually—that man was said to be Father and Son at the same time. Christians could only be an insane bunch who had to be gotten rid of. Fanatics, cult—these words hovered around Christianity a lot. Constantine sought to change that—and he did.

Church for State
This changed Roman Emperor, undertook certain reforms typical of great leaders—economical, sociological, administrative, military reforms. He was to add a dose of religion to this. Guided by the teachings of Jesus, the Emperor began what can be said to be the very foundation of that merger between religious codes and national/societal legal codes. Morality has been borrowed from religion and subsumed into societal laws since. The Christian faith with its moral codes became the status quo. Among others, the concept of charity and societal/national building, borrowed from the teachings of Christ, received institutional form in Rome, owing to Constantine. He quickly, aiming to ensure the further infiltration of the teachings of Christ, merged church and state, and monopolised certain religious practices. For instance, the act of almsgiving—of giving to help the poor, the misfortunate, the orphan, widow, the sick—were no longer solely interspersed private acts of good, but centralised undertakings by the state—with the Emperor overseeing it.

Steadily, the church rose to positions of topmost importance in national governance. With power, came greed. The church was now an arm of government, managing its own affairs—among these affairs, the function of monopolising charity. Herein began the problem: setting aside the institution of church as repository—receiving and disbursing charity. Centuries later, the French (and the rest of Europe and America) fought to topple the oppressive regime this had morphed into. Very soon all these undertakings of the Christian church, finding foundation in the teachings of Christ saw a radical shift—and it was not a good one.

Your Last Mite
With free money under one’s nose for so long, one will be tempted to dip their hands in—at one point or the other. As the years go by, apostasy begins to set in—the conscience is weakened. The ‘stealing’ metamorphosis into ‘culture’—into ‘entitlement’. Constantine had monopolised the act of charity to ensure that moneys actually got to those in need. State handed over this task to church which had risen to position of organ of government. The men of God, overseeing these vast wealths—originally intended for the good of the poor, were soon to find better uses for these moneys—their bellies. Soon the church, historically an agent of societal (physical and spiritual) growth was to transform itself solely to the purpose of ‘safeguarding the spiritual wellbeing of humankind’—the air quotes are very intentional. To perform this task, we all, the rich and poor alike, had to pay taxes—I’m sorry, I mean ‘contributions’ for their (not the poor’s) benefit.

The Bible proved itself a blank slate for these men of God—they twisted each word of it to their own good. The ‘love and charity for society’ function of the original church was to morph into ‘love and charity for priest/pastor’ in this modern-era church. It is this twist in the concept of ‘charity’ perhaps, that saw the European centuries ago, on the African soil armed with Bible and weapon, pilfering our land and people. Again, this may just be a topic for another day.

But how do entire generations (upon generations) of people give themselves up for such downright cheating? Answer: Luke 6:20—with a human twist.

Before I proceed to say: ‘To be Continued’, let me just quickly note that I have officially reached the required number of Bible verses a person must quote offhand for them to start a church. Someone, give me my congregation already. With the caliber of people reading B&FT, I should be able to attain megachurch status within the shortest period of time.

I will be willing to settle for Prophet 2.