It's time to stop ignoring paid childcare in urban Africa 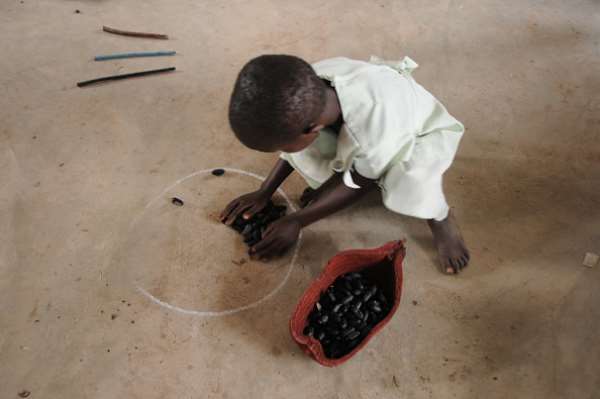 There are, however, two ways to look at this “critical period”. Firstly, a risky period of vulnerability. The rapidly developing infant brain is highly susceptible to adversity in all its ugly forms, be that neglect, malnutrition, disease, or pollution. But another way to think about early childhood is as a “window of opportunity”. This is the time of life where positive interventions can deliver the biggest returns. In other words, an opportunity not to be missed. As the research evidence on this grows, so does a consensus that more attention – and money – ought to focus on early childhood.

But many policy makers and researchers slip into lazy, outdated, and irrelevant stereotypes. These include assuming that parents, especially mothers, are the only caregivers, and that all or almost all care-giving happens at home. As a result, the childcare “sector” is neglected. As African countries rapidly urbanise, this omission is becoming more pressing.

Paid childcare has been largely ignored by academia, government policy makers and donors in and beyond Africa. The World Health Organisation recently published its first ever guideline for early childhood development . Although this document includes a lot of valuable information, it – and the research is it based on – largely focuses on improving parental care.

This overlooks the fact that more and more families seem to be using paid childcare in Africa. One recent study found that nearly half of working parents, and even one in five unemployed parents in a Nairobi slum, regularly used paid childcare. A few studies have shown that the quality of this paid care is often crowded and poor , especially for children growing up in informal urban settlements or slums.

In our paper , one of a set of inter-disciplinary publications looking at the care of children around the world, we explore how and why childcare is often ignored. And how the issue can be brought in from the shadows.

Why childcare is neglected

We looked at the limited literature about the use of paid childcare in low- and middle-income countries in sub-Saharan Africa as part of our planning for a study of the issue in Nairobi .

Based on this review of the literature and a series of conversations with researchers and policy makers, we identified three reasons why too little attention is given to childcare across and beyond Africa. These are: gaps in who is responsible in government; deeper questions about how much childcare is the business of the state at all; and, underlying these, gender biases.

First, responsibility gaps: education ministries have a clear responsibility for thousands of schools, employ many tens of thousands of teachers and manage large budgets. But they are also busy working towards universal primary education, improving learning outcomes, and tackling payroll inefficiencies. At the same time the COVID-19 pandemic is putting pressure on already under-resourced health systems like never before. Neither of these “big hitting” ministries are likely to rush to take on responsibility for regulating, funding and supporting a highly fragmented and often informal childcare sector.

Secondly, some may ask if childcare is the business of the state at all. Surely this is family business? Again, assumptions about the role of extended families – who may, or may not, play a major role in rapidly urbanising countries – often dominate the discussion. But for many living in an urban slum, even many grandparents, not working is not an option.

Finally, and underlying these issues, there is a deeply gendered aspect to the neglect of childcare policy and financing. Caring for children in many societies was historically, and still is, seen as women's work. Even as more women enter the workforce, they often need to juggle their roles as earner and carer. As is often the case, when the burden falls mostly on women, this issue is not a top priority for policy makers and budget holders.

What to do about it

Firstly, researchers need to document and understand the current situation in order to bring this issue in from the shadows. We need more and better data about where young children are spending their days and who is actually looking after them. We also need to learn more about the providers and quality of childcare. (We're working on this through the Nairobi Early Childcare in Slums study .)

Secondly, we need to understand the economics of childcare provision in slums, so as to build financing models. How big is the “market” and what does money buy? One study showed that the average adult-to-child ratio was 1 adult for an average of 22 under-five children.

And how is COVID-19 is affecting all of the above? For example, what does good infection control look like in informal childcare, and how are school and workplace closures affecting demand for childcare?

This information is needed to advocate for childcare as a way to support early childhood development and “human capital”. Promising models for subsidised social franchises like Kidogo and Smartstart need to be tested and – if effective – scaled up.

Encouragingly, the World Bank has published a report which estimates that globally nearly 350 million young children need, but lack, quality childcare. It's about time that policy makers, academics and funding agencies stopped ignoring childcare, dismissing it as too chaotic and complicated, or a purely private issue. Research-informed interventions to improve childcare have the potential to reach some of the most vulnerable children at the most critical time in their lives. There is no time to wait.

Robert Hughes receives funding from Echidna Giving to support research into Childcare in Nairobi. This work is also supported by the British Academy (GCRF), part of the overseas development assistance programme (UK aid). He has also worked or consulted for the UK Department for International Development, WHO, the Children's Investment Fund Foundation and the Conrad N. Hilton Foundation. He is a member of the global health charity Medact.

Patricia Kitsao-Wekulo is in part funded by a grant from the British Academy for research into childcare in Nairobi.

Ruth Muendo is in part funded by a grant from the British Academy for research into childcare in Nairobi.