Must Ghana panic over China's first ever cocoa export to Europe? 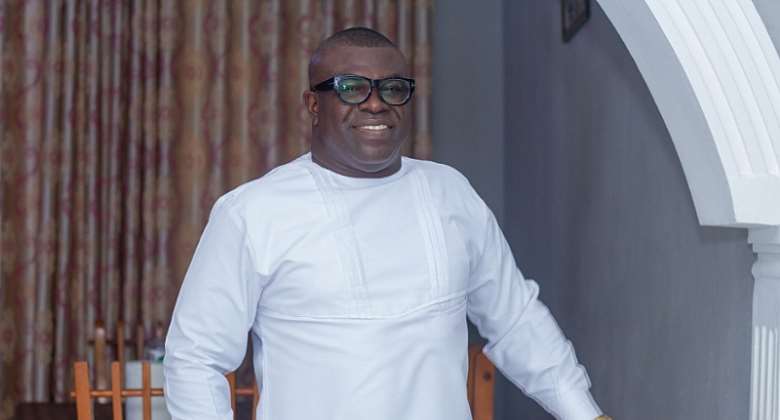 The international media and Ghana's local media have been awash with news of China's first ever export of cocoa beans to Europe, precisely Belgium. According to the Chinese Academy of Tropical Agricultural Sciences (CATAS) the first batch of 500 kg of cocoa beans worth 3,044 euros (about $3600) was produced in the Xinglonga township of south China's island province of Hainan which has a tropical climate. This was first reported by China Daily.

This news seems to have unsettled Ghanaians both home and abroad and rightly so because apart from Ghana being the world's second largest producer and exporter of cocoa, cocoa is also the single most important export crop of Ghana raking in millions of dollars annually for the West African cocoa producing giant. It is a well-known fact that Ghana's economy cannot survive without cocoa. Cocoa is unarguably the life blood of Ghana. Ghana's cocoa sector employs several millions of Ghanaians in the cocoa value chain providing livelihood to many families. This is how important cocoa is to Ghana's economy and so any news that seems to threaten Ghana's cocoa sector affects the mood of the country.

Since the news broke out the Ministry of Food and Agriculture (MoFA) and Ghana Cocoa Board (COCOBOD) have responded appropriately to allay the fears of Ghanaians and to reassure the nation that nothing untoward will happen to Ghana's cocoa sector regardless of China's cocoa breakthrough. MoFA and COCOBOD emphasized Ghana's global competitive edge in terms of the production of premium quality cocoa beans highly sought after on the international market to buttress their point.

It is instructive to note that the Asian continent now produces 15% of the world’s total cocoa. Currently countries like Philippines, Thailand, India, Malaysia and Vietnam are all into cocoa cultivation and so if China has joined the fray, it should be no news to Ghanaians. However, China's first ever cocoa export of 500kg to Europe must to some extent not be taken lightly because Gold Coast's, first ever shipment of cocoa to England in 1910 was just ten bags. 27 years later in 1937 Gold Coast actually supplied 50% of the world’s total cocoa.

Currently the primary non-African competitor of Côte D'ivoire in cocoa production is Indonesia. Indonesia went from having almost a nonexistent domestic cocoa industry in the 1970s to become one of the largest cocoa producers in the market by the early 2000s. Indeed, according to the Food and Agriculture Organization (FAO), Indonesia overtook Ghana and became the second-largest producer of cocoa worldwide in 2006. (World Cocoa Foundation provides significantly lower figures for Indonesia) but concurs that Indonesia is the largest producer of cocoa beans outside West Africa. If Indonesia could do it, China can also do it.

Gold coast now Ghana caught the attention of the world when it became the world's leading producer and exporter of cocoa in 1910 barely 32 years after the venerable Tetteh Quarshie, a national icon of Ghana, brought cocoa into the country from Fernando Po, now Equatorial Guinea in 1878.

Ghana has a clear advantage over China as far as the cultivation of cocoa is concerned. Ghana's tropical climate and soils are best suited for cocoa growth unlike China. Ghana over the years has been expanding the frontiers of cocoa cultivation. From the Eastern region where it started through the Ashanti, Brong Ahafo, Central, Volta and then Western regions. Currently Western region (western north and south) is the heartbeat of cocoa production in Ghana. China does not have this competitive edge in terms of climate, soils, institutional experience etc.

This is where Ghana can learn some lessons from China. It is high time the Cocoa Research Institute of Ghana (CRIG) a subsidiary of Ghana COCOBOD developed affordable simple tools and technologies to mechanize some aspects of cocoa farming to reduce the unbearable drudgery Ghana's cocoa farmers go through in their daily operations. Pod breaking for instance in this day and age should have been mechanized by now. To this end Ghana COCOBOD must be commended for importing and supplying 100,000 pieces of motorized pruners and slashers to cocoa farmer cooperatives last year to aid in the pruning and weeding of their cocoa farms. I concede that a lot more can be done for cocoa farmers in this regard.

The key to the survival of Ghana's cocoa sector lies in taking immediate steps to close the gap between Ghana's production and that of Côte D'ivoire and if possible, overtake Côte D'ivoire and regain the top spot as the world's leading cocoa producer and exporter. This is not only possible but also very achievable. Take note that there is no significant difference between Ghana's total area under cocoa cultivation and that of Côte D'ivoire. The big question then is how do we bridge the production gap between the two countries and make significant gains in the cocoa sector?

COCOBOD the industry regulator is very well aware of this and has set a target of producing one million metric tonnes in the short term i.e., by 2025. One important strategy being employed to achieve the set target is maximizing the yield per hectare of Ghana's cocoa farms. Currently Ghana's average cocoa yield per hectare is 350Kg whilst Côte D'ivoire and Malaysia's are 800Kg/Ha and 1200Kg/Ha respectively. Ghana's 350kg/Ha translates to 140Kg approximately 2.5bags per acre. Meanwhile (CRIG) has indicated that Ghana’s cocoa farms can actually yield up to an estimated average of 2500kg/Ha or 40 bags/Ha (16 bags per acre)

And so, if Ghana's cocoa farms currently produce an average of 2.5 bags per acre, then it means that Ghana is running at a serious loss. Lifting the yield per acre from 2.5bags to at least 10 bags if not the CRIG recommended 16 bags is Ghana's surest way to maximize cocoa production and bridge the gap between Ghana and Côte D'ivoire.

Currently there are four serious challenges militating against the forward march of Ghana’s cocoa sector. These challenges must be decisively addressed in the short term to medium term to reposition Ghana's cocoa sector for higher output.

Another serious challenge is the threat of galamsey (illegal small-scale mining). It has recently been reported in the dailies that galamsey has destroyed an estimated 5000 hectares of Ghana's productive cocoa farms and its rampaging effect continues unabated. Last, is the threat of rubber cultivation to cocoa farming especially in the Western region. Due to intense competition between rubber and cocoa, farmers are cutting down their cocoa farms to plant rubber at an alarming rate.

Until these four fundamental issues are decisively and comprehensively addressed increasing Ghana's cocoa production would remain a mirage.

The Government of Ghana through Ghana COCOBOD has rolled out several programs across the country under its flagship Productivity Enhancement Programmes (PEPs). Key among these is the cocoa rehabilitation program designed to deal heard-on with CSSVD and moribund cocoa farms. It is largely expected that the gains to be made from this all-important intervention will help rewrite the narrative on CSSVD and overaged cocoa in Ghana.

In addition, cocoa pests and diseases are being managed through the Cocoa Pests and Diseases Control Program (CODAPEC) popularly known as cocoa mass spraying. Through CODAPEC, the right types and quantities of insecticides and fungicides are given to cocoa farmers every year to control pests and diseases. And then there is the Cocoa Hi-tech Program which also ensures cocoa farmers get an unfettered access to the right types and quantities of fertilizer to apply on their farms to maximize production. Other interventions introduced to enhance the productivity of the cocoa farmer include the artificial hand pollination exercise and the mass cocoa pruning exercise.

The argument that Ghana's cocoa pricing regime itself is a disincentive for increased cocoa production is inconsistent with available facts. The Producer Price Review Committee of Ghana COCOBOD which has representatives of cocoa farmers and government has consistently paid between 70% to 75% of the FOB price to Ghana's gallant cocoa farmers.

Ghana and Côte D'ivoire last year made a breakthrough by securing the novel Living Income Differential (LID) which is an extra $400 earned per each tonne of cocoa beans. The good news is that this additional $400 per tonne goes straight to the cocoa farmer and this deal was secured for only cocoa farmers in Ghana and Côte D'ivoire. It is therefore imperative to note that the price per bag of cocoa (62.5Kg) currently being paid to cocoa farmers in Ghana (GH₵660) is a fair price. The real challenge facing Ghana's cocoa farmers is not really the guaranteed price being paid to them, the real challenge is the low output of the farmers. This situation prevents the country's cocoa farmers from earning more from their cocoa farming enterprise to lift them out of the doldrums. This is because the more you produce, the more you earn and vice versa.

China's interest in cocoa for me is not only exciting but also real good news for Ghana. It is a fact that should China develop a taste for cocoa, they cannot produce enough to even meet their local/domestic demand let alone have surplus for export due to their huge population size. If they develop a taste for cocoa, the ultimate beneficiaries would be Ghana, Côte D'ivoire and the other cocoa producing countries. China and the entire Asian continent can invariably become the latest emerging market for cocoa consumption aside Europe and America.

It is a truism that Ghana has the best cocoa in the whole wide world. The country enjoys premium market price for cocoa beans on the international market. Ghana must therefore keep it's competitive and comparative advantage of the cocoa industry intact. Our unique method of fermenting cocoa beans for 6 days and thereafter drying the beans thoroughly in the sun for 7 days before bagging should not be traded for anything. Quality Control Company another subsidiary of COCOBOD should not relent in their mandate to ensure Ghana's niche with regards to the export of premium quality cocoa to the international market is protected.

If things are done right as already outlined there is absolutely no doubt that Ghana will continue to shine even more brighter in the comity of nations as far as cocoa production is concerned and the nation will prosper.

May God bless our homeland Ghana and make her great and strong.

The writer is a freelancer from Aboso in the Western Region.