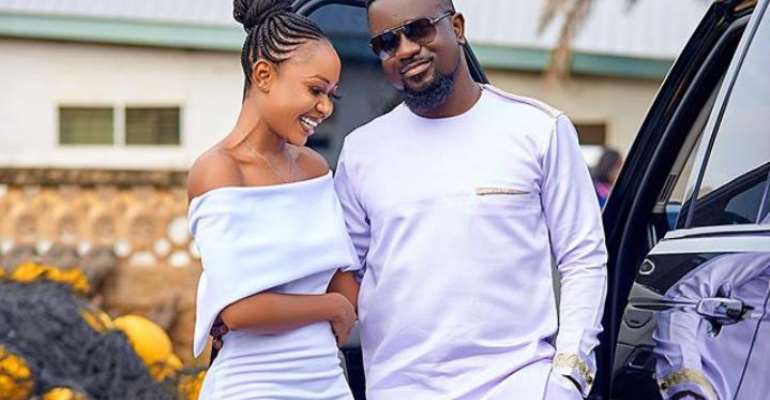 According to the celebrated rapper, it's unfair to separate her from her son just because of "pictures taken".

Akuapem Poloo, known in private life as Rosemond Brown, was convicted of misdemeanour by an an Accra Circuit Court presided over by Mrs Christiana Can on Wednesday, April 14, 2021.

She has been remanded into custody following the court's deferment of her sentencing to Friday, April 16, 2021.

This was to enable Akuapem Poloo to undertake a pregnancy test as demands by the law.

But rapper Sarkodie believes her conviction is unfair and pleaded with the court to temper justice with mercy so that she stays with her seven-year-old son.

“I think it’s a little harsh to separate a child from the mum just because of pictures taken… would want to plead with the law to pardon our sister,” he posted on Twitter.

Legal experts say she could serve a maximum jail term of three years or be fined for the offence.

The actress faced three charges of publication of obscene materials, engaging in domestic violence, a conduct that in any way undermines another person’s privacy or integrity and engaging in domestic violence namely conduct that in any way detracts or is likely to detract from another person’s dignity and worth as a human being.

She initially pleaded not guilty to the charges but later changed her plea.

She was arrested after publishing a naked picture of her with her son on social media on 30th June 2020.