ASEPA writes: The Kasoa ritual murder, Kasoa has been a ticking time bomb for years!!! 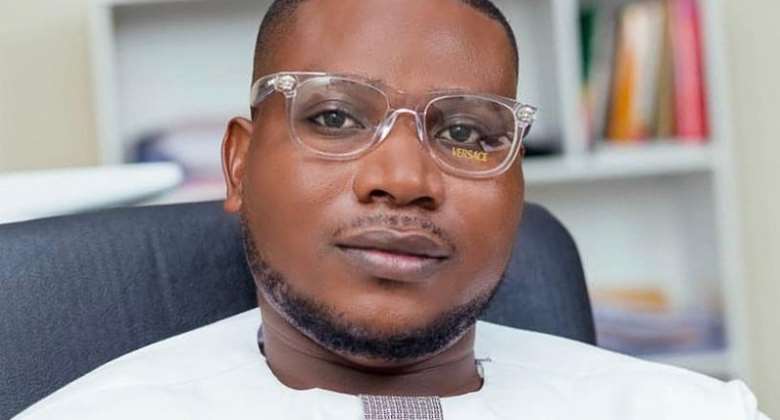 Folks this week, news of the young boy who was killed by his teenage friends broke and the whole country was thrown into despair, anger and rage.

The usual commentary by Ghanaians that has characterized major national issues in the wasn’t absent either and the finger pointing was more profound this time round.

I have read a couple, listen and watched some of these commentaries laying the blame squarely on the media for allowing the use of their platforms to promote the patronage of ritualism.

Others believe it is just our moral society that is fast running bankrupt with the youth eschewing hard work and opting for quick money.

Other sentiments also feels it’s the celebration of unexplained wealth and its excesses that are to be blamed to such mishaps.

Folks we have carefully analyzed the situation and reviewed all commentary on this subject and we have come to the conclusion that blaming the Kasoa ritual murder solely on the media or the larger moral society would be an extreme oversimplification and perhaps we could be missing the glaring time bomb that is staring us right in our faces.

That time bomb is called KASOA!

Kasoa lies just at the outskirts of the capital Accra.

It’s the major town that links the Capital to the Western Corridor.

Until the Liberian war, Kasoa was mainly a bushy settlement with barely little occupation, when the war broke, the Liberians who ran to Ghana and those evacuated by the UN Refugee Agency were settled in a camp called Budumburam camp or Liberian camp just at the outskirts of the main Kasoa township.

Over time other refugees of war from neighboring Burkina Faso, La Cote D’Ivoire and others also joined in.

The population of the camp kept growing by the day and the Ghanaian Government didn’t care or paid any attention to what was happening there because it was at the outskirts of Accra.

These foreigners who are mostly refugees of war, some with very little education or skills, after a while decided to settle and failed to reintegrate back into their respective Countries after the war, that was not a problem, the problem was their main pre-occupation which was usually vices.

Prostitution, petty robbery and pilfering was the order of the day in and around the camps.

Once they started mingling with our locals they exposed them to these vices as well, especially poor children living around these camps.

That was how the vices grew and entered into mainstream Ghanaian communities in and around Kasoa.

But hey how can they make the headlines when it’s just petty crimes they were involved in.

The problem escalated when the Nigerians who are not refugees but liberal migrants who have come to Ghana for greener pastures found solace in Kasoa as quite a cheaper settlement relative to the expensive property rates in Accra and started settling there.

Now these Nigerians and other foreigners mostly self-exiled criminals who have a predisposition to bigger crimes started mingling with the camp boys and the local Ghanaians who have already been exposed to the petty crimes by the camp settlers and created a cartel of criminals in and around Kasoa.

Today Kasoa is the hub most criminal activities in Ghana.

From fraudsters to Prostitutes to Armed Robbers to Car Jackers, Murderers and many more.

The children in and around Kasoa are constantly being exposed to crime and other vices.

And these criminals with no limit to their opulence with their ill-gotten wealth are constantly influencing innocent Ghanaian children into all sort of vices.

Forget the apparent lack of media censorship, I’m not saying it’s not a problem, my point is, the children from East Legon also watch TV, those from Trassacco, Tema, Ridge, Cantonments... they all watch TV.

It’s not as if it’s only the Kasoa children watching these fake pastors and mallams on TV.

So we need to deal with the media censorship seriously but that won’t solve the larger problem which is the growing crime rates in Kasoa and its environs.

We must go back to the root cause of the moral decay in Kasoa, the real causative factors making Kasoa and its environs a crime hub.

I don’t want to be a carrier of bad news but from the look of things, the entire settlement of Kasoa poses a huge National security threat to the Country especially with its proximity to the Capital.

The State Security Agencies and Government must sit down and come up with a more comprehensive plan to deal with the crisis in Kasoa before it escalates into a mega International crime zone attracting all the negative publicity for Ghana and endangering the lives of our Citizens and exposing our children to crime at early age.

Kasoa is a real-time ticking time bomb, it has been for a while...let’s use this opportunity to deal with it now before its explode!!!