Man and his girlfriend face court over wife battery 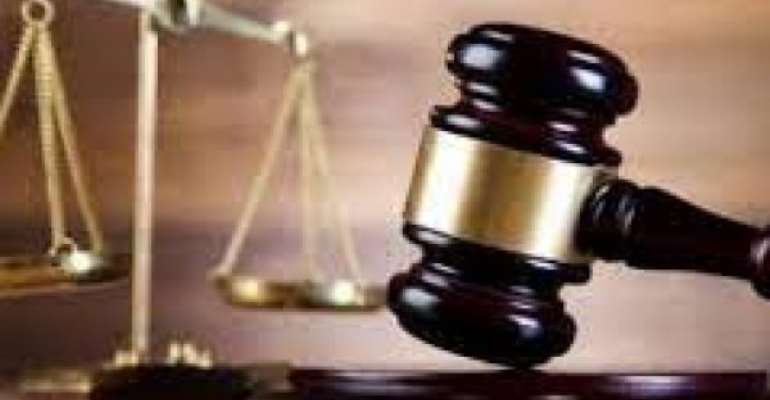 An auto electrician who joined his girlfriend to assault his wife for allegedly reporting their amorous relationship to an in-law, has appeared before an Accra Circuit Court for the crime.

Richard Kwesi Sekyi, 35, and his girlfriend, Christiana Antwiwaa, now at large, have been charged with physical abuse.

Due to the beatings, the complainant, Mary Ohenewaa, 34, is unable to hear and walk well.

Sekyi has denied the charge preferred against him and the court, presided over by Christina Cann, admitted him to bail in the sum of GH¢60,000.00 with three sureties. Two of the sureties are to be justified with landed property.

The court has ordered prosecution to file their witness statements and disclosures and adjourned to April 13 for case management conference.

Prosecuting, Detective Sergeant Opoku Aniagyei, said the complainant was unemployed and resided at Kpobiman in Accra.

Sekyi and Ohenewaa had been married for eight years and had three children.

Prosecution said for some time now Sekyi had been beating Ohenewaa and, on February 1, this year, at about 0700 hours, Sekyi accused Ohenewaa of calling his girlfriend, Antwiwaa, on phone to insult her.

During the argument, Sekyi hit the left cheek of Ohenewaa with a fist, causing her to fall and lost a tooth in the process.

Prosecution said due to the blow, Ohenewaa had difficulty in hearing so she reported the assault to the Domestic Violence and Victims Support Unit (DOVVSU) at Amasaman and was given a medical form to seek treatment.

Detective Sergeant Aniagyei said afterwards, Sekyi left his matrimonial home and lodged with his girlfriend at Kpobiman and refused to cater for his children.

He said on February 14, this year, one of the children was ill and the complainant informed Sekyi's mother about it.

Sekyi's mother, upon hearing the report, asked Ohenewaa to accompany her to Sekyi's girlfriend's residence but when they got there Sekyi was absent, hence the mother left a message with the girlfriend to deliver to her son.

Prosecution said when Antwiwaa informed Sekyi about his mother's visit, he became furious, went to Ohenewaa's house and held her neck in an attempt to strangle her but his mother rescued her.

Fearing that Sekyi would harm her, Ohenewaa left her home and when she returned on February 21 she detected that Sekyi had sent all the three children to Antwiwaa.

Ohenewaa decided to go for her children upon her arrival at the house Sekyi pushed her onto the floor and Antwiwaa hit her in the thigh with a log.

Prosecution said witnesses at the scene rescued Ohenewaa and she reported the case at the Accra Regional office of DOVVSU, where she was given another medical form for treatment.

On March 2, this year, Sekyi was arrested and when Antwiwaa got wind of the police searching for her, she fled her home.