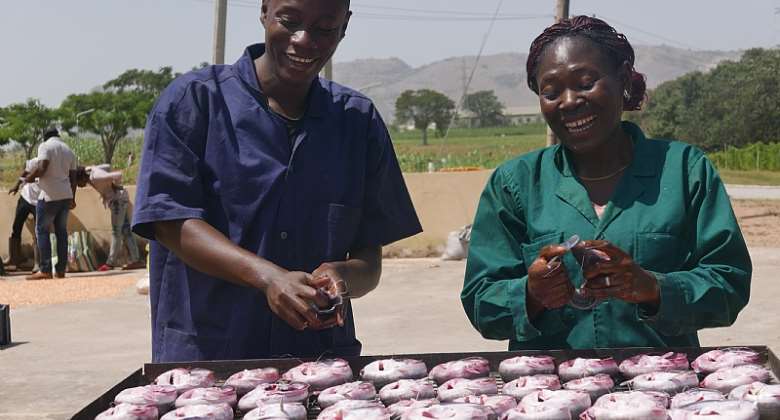 The dynamics of youth employment in developing countries are often determined by factors that vary from one country to the other ranging from economic conditions to government policies. Understanding these dynamics has continued to attract the interest of research over time, due to the long unabated unemployment crises in the continent tipped to be home to 50% of the world’s young population.

With Africa’s workforce growing much faster than other regions in the world, a situation which presents both opportunities and challenges, youths are often faced with the decision of transiting between farm and non-farm employment. As a way of profiling youths, who are leaving farming and entering the non-farm sector, a study focused on understanding the pattern and determinants of youths’ transition decisions between farm and non-farm in Nigeria, showed that more youth engage in non-farm employment than in farm employment.

According to the study carried out by Adedotun Seyingbo , a youth researcher under the IITA - CARE project, more youths are staying in non-farm employment than in farm employment, and this has been attributed to several determinants such as gender, household size, age, access to internet and mobile phones, distance to road and market, access to electricity, and land access, among others.

While looking at the employment pattern within a 5-year period, the study being funded by IFAD , shows more youths engaging in non-farm employment than in farm employment. The study showed more youth involved in trading, manufacturing and services sub-sector.

The study reveals that the regional pattern also varies, as there seems to be increased movement of youth in the southern part of Nigeria to agriculture on average, than in the northern part of the country. According to Seyingbo, more youths also chose to stay in non-farm employment in the period covered, irrespective of the region, with a greater number of youths in the South West and South East engaging in non-farm employment.

In a bid to understand and analyse the determinants of youths who were in farm, and those that left the farm for non-farm employment, as well as those who moved from the non-farm sector to the farm, the study recommends the need to address insecurity in the North West and North Eastern region, if a shift in the movement pattern, from non-farm to farm, is to be achieved as the study found more movement from farm to non-farm in the two regions.

Also, policymakers can explore the promotion of inclusive policies that will encourage engagement of female youth in the production value chain, while introducing policies towards democratizing access to credit, land and encourage rural digital revolution that will hugely supports the aspiration of many young farmers to stay on the farm, among others.

The study highlights the need to increase investment in public infrastructure, such as power, telecommunications, and road networks particularly in rural areas, as this can reduce urban migration, and encourage youths to engage in agribusiness.