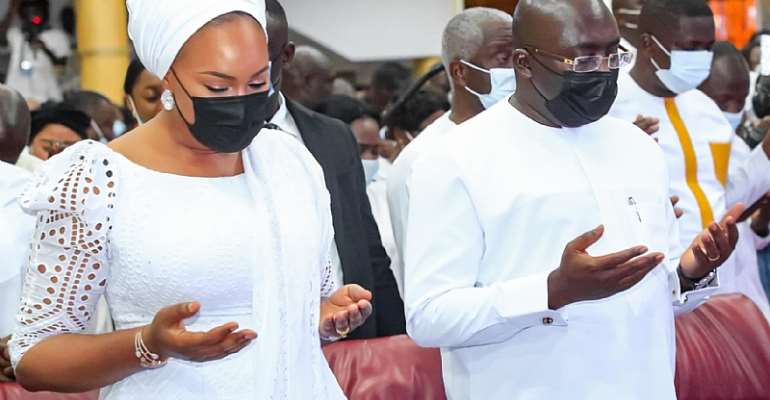 As the NPP jubilates over the Supreme Court's judgement, Young Political Activist Emmanuel Abankwah Kesse popularly known as Olumanba is admonishing the party to make Dr. Bawumia their Presidential Candidate in Election 2024.

'Dr. Bawumia is known by all because of His Excellency Nana Addo and doesn't need any introduction again'

According to Olumanba, he sees Dr. Bawumia as a great threat to the NDC and believes John Dramani Mahama or any candidate the NDC will present can't stand him.

'The NDC themselves know that Dr. Bawumia is a toast of many Ghanaians because of his hard work,' he said.

The firebrand young political activist has also revealed that Dr. Mahamudu Bawumia has worked closely with His Excellency Nana Addo Dankwah Akufo-Addo as veep and so if Ghanaians appreciated Nana Addo and voted for him in the past Elections, by all means, Ghanaians will also vote for Bawumia because it's obvious Nana Addo did all these good works with him.'

He has therefore advised the NPP to dump the ethnic bigotry because the party canvassed a lot of votes in the Northern Region because of Dr.Bawumia.

A/R: Over 500 houses earmarked for demolition in Afigya Kwab...
3 minutes ago