Clashes in Senegal after opposition leader accused of rape 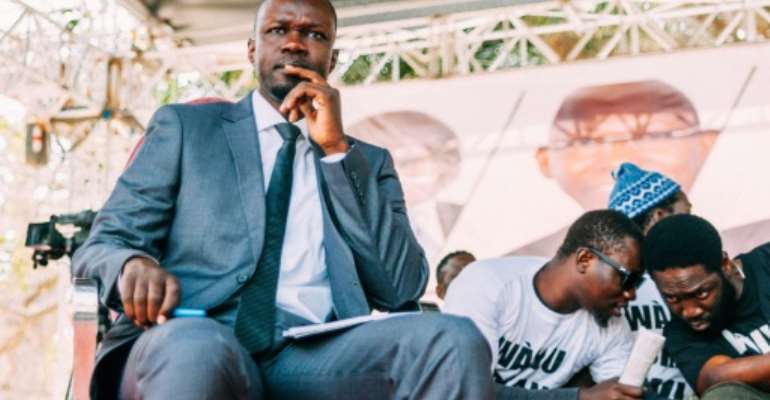 Dozens of supporters of Senegalese opposition figure Ousmane Sonko clashed with police in the capital Dakar on Monday, an AFP journalist said, after a beautician accused the politician of rape.

Sonko finished third in 2019 election, which saw President Macky Sall win a second term in office, and is considered a future presidential contender in the West African state.

But controversy has dogged the politician since early this month, when Senegalese media reported that an employee of a beauty salon had filed rape charges against him.

Sonko denied the charges in a series of Twitter posts on Sunday evening, explaining that he had visited the salon to receive massages to relieve back pain.

The 46-year-old head of the opposition Pastef party added that the rape accusation was an "attempt at political liquidation," noting that two people had always been present during the massages.

"I explicitly accuse Macky Sall... of fomenting this political plot against me," he said.

A Pastef official told AFP that Sonko had refused to attend a police summons on Monday.

On Twitter, Sonko said he could not attend because he had parliamentary immunity, but added that he would speak to investigators were his immunity lifted.

Dozens of supporters gathered outside Sonko's residence in Dakar on Monday and hurled rocks at police officers, according to an AFP journalist. Officers fired teargas canisters to disperse them.

The rape scandalcomes amid uncertainty about whether 59-year-old Sall will run for a third term.

Presidents in the former French colony are limited to two consecutive terms.

However, Sall launched a constitutional review in 2016, raising suspicions that he intends to run again.

Other presidents in the region have used constitutional changes to extend their grip on power.

Last year, in Guinea, 82-year-old President Alpha Conde won a controversial third term in October after pushing through a new constitution that allowed him to bypass a two-term limit.

Ivorian President Alassane Ouattara, 78, was also elected for an equally contentious third term, after having revised the country's constitution.