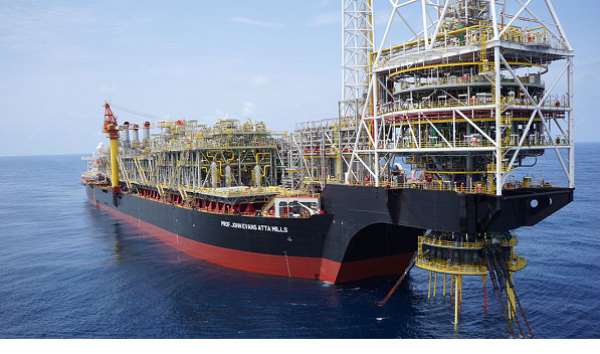 The Petroleum Holding Fund (PHF) received a total amount of US$261.00 million from proceeds in the second half of 2020 compared to receipts of US$235.28 million in the first half of 2020.

During the second half of the year, the Ghana Group (GNPC lifting on behalf of the Government of Ghana) lifted the 16th and 17th parcels of crude oil from the Tweneboa, Enyenra and Ntomme (TEN) field; 55th, 56th and 57th parcels from the Jubilee field; and the sixth parcel from the Sankofa Gye Nyame (SGN) field.

The fifth and sixth liftings from SGN field were US$67.24 million in comparison to the first half of 2020's fourth lifting amount of US$59.15 million. The 58th parcel of crude oil from Jubilee field was lifted on December 14, 2020. Proceeds were expected on January 13, 2021.

The PHF and the Ghana Petroleum Funds (GPFs) were established by the Petroleum Revenue Management Act, 2011 (Act 815) (PRMA) and Act 893 as amended.