Election of MMDCEs: A new model 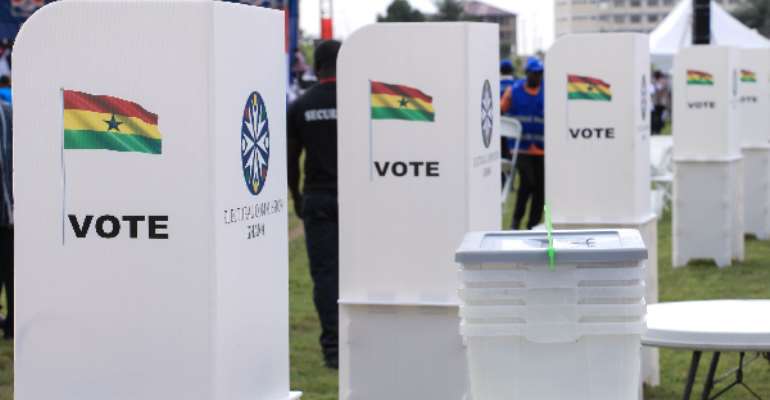 The determined intentions to make the election of MMDCEs partisan is not well-grounded for developing a national government and political inclusion. The Assemblies are development agencies that play critical roles in the development of the Communities and the Nation as a whole. Therefore, any programmes, laws and policies that affect them (the Assemblies) should not be partisan.

The call for a party that wins the elections to vet and present two or three candidates for the people within the Assemblies to make the final choice through a Universal Adult Suffrage or an election is untenable. In fact, such a model is not substantially and fundamentally different from the current system, where the party receives several applications and finally picks an applicant it (the party) deems fit to occupy that position. It will, as the current system does, create a conducive environment for monetisation of elections and polarity of institutions.

Countries that intend to develop national and politically inclusive governments minimize or eliminate monetisation of electoral processes and polarisation of institutions. The errors of the current system will not be corrected with the model that gives the ruling party the luxury to choose two or three candidates for such elections. People still have an open opportunity to pay their ways through. These weaknesses make this proposed model practically incompetent.

It is equally proposed for Political Parties to present candidates who will represent the parties in the elections of MMDCEs. The Constitution frowns on this. Both Article 55(3) and 248(1) and (2) prohibit partisan grassroots political activities and participation. It could be deduced from this that the framers of the Constitution sought to create a fertile ground for future national cohesion and political inclusion. Consequently, it should not be the unchanged plans of any political party to politicise the Development Agencies, the Assemblies, of the State as this will inherently affect development in Ghana.

In the light of the conspicuously identified weaknesses of the two models, I suggest the Election of MMDCEs be made open with these arguments as discussed:

The likelihood of one party controlling the Assemblies and other lower local government units is unfettered. An amendment of Article 55(3) will affect the elections of MMDCEs, Assemblymen and Women as well as Unit Committee members if the amendment takes a partisan form. One party may be given the opportunity to control majority of the units at the Sub-national level.

Assembly elections are not held together with the Presidential and Parliamentary elections in Ghana. The party that wins the national elections will use its incumbency and State resources to usurp the powers of the people, the voters. This will overshadow the purpose of the elections at the Assemblies. The spirit of grassroots democracy will be killed with the seizure of authority by one party at the Sub-national level.

Current happenings in the Parliament of Ghana gives an indication of a possible sabotage as Members of Parliament fought over seating places. If candidates from the largest opposition party win some of the seats at the Assembly, it is likely the area will be marginalised in terms of the distribution of resources and other public facilities. The Assemblies are not developed with only the Common Fund. Central government projects are distributed to cause even and balanced development of the regions and districts of the State. Marginalisation and sabotage of persons from opposition parties are highly likely to occur.

If the ruling party selects candidates from within the party for the masses to make the final determination of choosing the MMDCEs, it will allow the pattern of winner-take-all syndrome to forcefully gain sufficient foundation and momentum to nurture. Other parties cannot have representation at the Assemblies and possibly other lower local government units if Article 55(3) is amended through a referendum.

The weaknesses of the two models have been discussed extensively. It should therefore not be the political aim of any party to adopt such models (the two models discussed) that can crumble the ideals of a cohesive force of State agents at the Assemblies. The Assembly elections, therefore, should be conducted on non-partisan lines. Political parties should be discouraged to present candidates to serve their interest at the Assemblies. The open electoral system as proposed to be adopted for the election of MMDCEs should be embedded with these requirements for candidates:

In the spirit of accountability to the grassroots by the executives at the subnational level, all the parties should embrace the model of an open electoral system at the Assemblies with the aim of fulfilling the ideals of Article 240 clause 2 (d) and (e) of the Constitution.

Galamsey fight: Back off and allow law enforcement bodies ta...
27 minutes ago