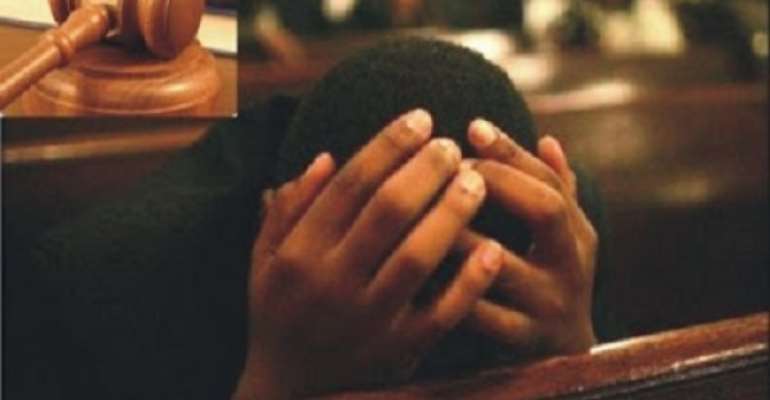 A 31-year-old driver's mate has been remanded into prison custody by the Nakwie circuit court for causing damage and stealing at Abuakwa-Asenemaso in the Atwima-Nwabiagya South Municipality.

Amos Kumah pleaded not guilty and will reappear before the court of February 3, this year.

Deputy Superintendent of Police (DSP) Mr Sylvanus Dalmeida told the court presided by Mr Johnson Abbey that on January 16, this year, the suspect broke into a jackpot machine at a drinking bar at Asenemaso and took away an amount of GHc2,400.00.

The owner of the spot after detecting the theft consulted the security system in the machine which he had linked into his mobile phone and saw the picture of the suspect holding a hammer and breaking the machine.

A report was made to the Nkawie police who arrested the suspect and in his caution statement admitted the offence and was therefore charged and brought before the court.