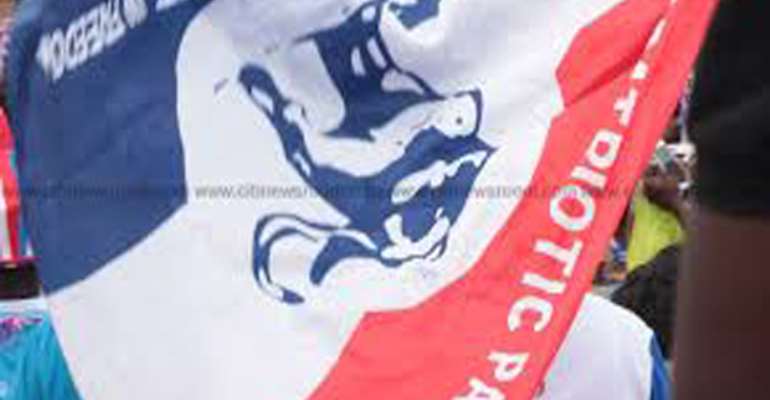 What is happening to the NPP is a very good omen, I, in particular, was full of joy when the NPP lost more than sixty hitherto secured parliamentary seats. You see, when you fall down you learn how to walk well. It is not for nothing that persons who fall quickly look back.

I am writing this piece with unusual heartthrobs and madness in my stomach. I had to edit and re-edit this piece because I went ballistic and bombastic. Words that I used to describe some persons were unprintable and ungentlemanly. The NPP as a political party got on my nerves and sent me looking for a physician of the utmost fame to release the tension in me. Before I proceed, permit me to walk down memory lane. In the beginning or at the beginning the NPP had only ten constituency executive members. These were members of the party who were charged per the constitution of the party to elect regional executives and presidential candidates for the party for that matter. The small number of delegates opened the way for corruption and what used to be called “Moneycracy” or “highest bidder”.

When things went from bad to worse, the party decided to expand the Electoral College. To this end an extraordinary delegates' conference was held in Accra, at the Trade Fair Centre to be precise. Yours sincerely attended as the messenger of the word to cover the proceedings. Almost all who matter in the party including Mr. Kufuor and the late Aliu Mahama were in attendance. What prompted the extraordinary conference was the way delegates were bribed when seventeen members of the party decided to vie for the presidential candidateship.

When the contestants went around the country to woo delegates, everybody became surprised at the way monies and goodies were dashed to delegates. Some candidates paid as much as ten million old cedis to each delegate while others dashed motorbikes, clothes and other goodies. In the run-up to the 2012 general election, ex-President Kufuor admonished the NPP to watch out because elections are won at the polling stations. The leadership treated the old man with contempt as they went on to choose some polling agents who did not know their left from right. That was how come the election ended up at the Supreme Court.

When the NPP lost the election, the Supreme Court admonished political parties to be serious at the polling stations because elections are won and lost there. The NPP learnt a great deal of lesson from the advice of the Supreme Court and ex-President Kufuor was vindicated. Enter 2016 and the NPP made sure qualified polling agents were chosen. These included lawyers, businessmen, graduates and undergraduates, among others. The party went further to introduce what they called “Adopt a polling station” strategy. Party faithful who could afford adopted polling stations, fed agents and paid their allowances. At the end of the day, candidate Akufo-Addo beat candidate Dramani Mahama with more than one million votes. You see the importance of vigilance?

When Kennedy Arthur, the former spokesperson of the NPP wrote his opus magnum titled 'Chasing The Elephant Into The Bush: Politics Of Complacency', the NPP hierarchy went haywire simply because of the title and refused to read the book. If they had read the book thoroughly, what happened during the last elections could have been avoided.

The party went in to the 2020 elections with the usual noise of “Yawiebiribiaa” (we have finished everything). They went to bed and the NDC adopted the tactics of “Kejetia pickpocket” (Kejetia kromfo). The story is told that when a Kejetia pickpocket dips his hand in your pocket, he is the same person who will start shouting “thief, thief, thief”. Onlookers will then go after the victim rather than the thief. Before they could realise the truth, the real pickpocket would have vanished into thin air. The truth is that if the NPP had acted like historians do by looking back, what happened could have been avoided.

The 'Skirt And Blouse' Foolhardiness

Constituency executive members who preached 'skirt and blouse' and went on to execute the project to the letter which led to the losing of seats of incumbent NPP Parliamentarians, should bury their heads in shame. In fact, they should not only bend their heads in shame, and should count themselves out when nominations are opened for the election of constituency executive members. Yours truly is going to act like a self-appointed crusader to campaign against them nationwide. I have the ability to do so. After all, who am I an Earth Angel for?

The regional executive members will also face my wrath during my crusade. They dare not attempt to seek for re-election because I will breathe hell and brimstone on their greedy necks and smelly and corrupt mouths. It is going to be a ruthless battle and children will have to go for early supper. Anyone who will stand on my way will be swept away like the way the storm swept away the people of Haiti.

It is not that monies were not given to the constituency and regional executive members of the party to organise the election, but the naked truth is that the monies were pocketed. If you voted “skirt and blouse” you have fooled yourself. In fact, you have cheated yourself. An NDC Parliamentarian who won at your constituency will never see you as part of the family of NDC. Goodies will trickle down from his MP Common Fund; and it is when that time comes that you will realise that Common Fund is not common. The worst scenario is that your constituency becomes an “orphan” one and if you used to have a Minister or Deputy Minister that you voted against, you have shot yourself in the foot. You see how absurd you are? They say the baby elephant stands where its mother stands but in the case of those who voted “skirt and blouse” they now stand afar from their mother.

A Hungry Man Is An Angry Man

During the last elections, the NDC were able to literally buy polling station executives of the NPP and these guys were at the beck and call of their paymasters. Why not? Because they were aware of monies that were given to the constituency and regional executive members to execute the project of seeing to it that the party is positioned well to win the constituencies. A typical example is the newly created Bono East Region where constituency and regional executive members lived in opulence and displayed their booty to the anger of their people. And the irony is that these same people are vying to be selected as MMDCEs and other deputy and ministerial positions. Just appoint them and see how the party will lose again in 2024 in that particular region. It will be like rewarding the thief who stole your wealth. At times like this, I feel like going back to my cigar smoking days!!!

The author has 130 publications published on Modern Ghana.