Akufo-Addo should investigate allegations leveled against me — Akatsi South MCE 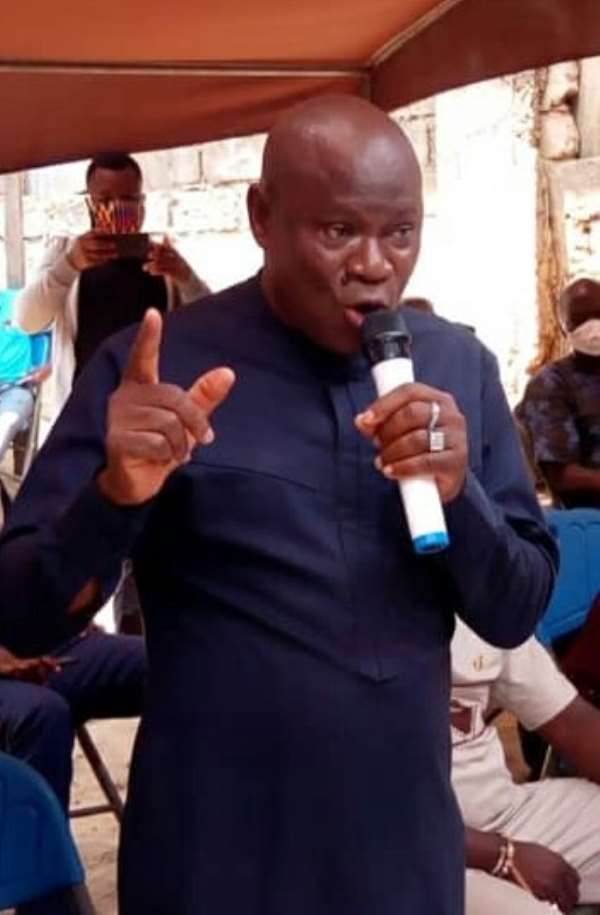 Mr Leo Nelson Adzidoga, the Municipal Chief Executive of Akatsi South in the Volta region is asking President Akufo-Addo and the hierarchy of the New Patriotic Party (NPP) to probe allegations leveled against him.

According to him, he is ever ready to assist in investigations to ascertain the truth of matters raised against him in the municipality.

"The planting for food and Agriculture subsidized fertilizers were meant to help farmers in the municipality were smuggled to neighboring Togo for their personal gains," the statement further alleged.

According to the statement, Mr Leo Nelson Adzidoga (MCE) has used the office to fight his own enemies rather and wooing people to join the party.

The statement continued that, the MCE created divisions within the party and diverted the support he got from the NPP party towards 2020 elections for his personal needs.

They further accused him of forming strong friendship links with the opposition NDC party members.

They also alleged he gives government protocols, scholarships among others to the opposition NDC party member putting his own party members in darkness.

But in a swift rebuttal to the allegations, Mr Leo Nelson Adzidoga said he is ready to assist any group or persons who will probe into the allegations and ascertain the truth for his constituents to know that his hand were clean.

The MCE therefore appealed to President Akufo-Addo institute a committee to probe him.