Governance isn't just about showbiz: It's a serious responsibility 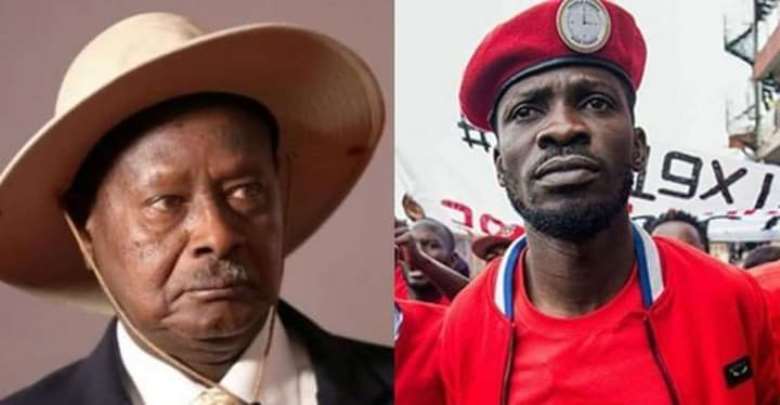 Governance is a serious business which is not supposed to be left in the hands of populist rabble-rousers.

The fact that an individual has governed for decades and appear to have run out of ideas, doesn't necessarily mean an alternative with no cogent policy alternatives would be ideal, just on the account of superficial ephemeral populism wrapped in a farçade of showbiz. It doesn't work like that.

I have followed the international Media outlets, particularly BBC, on the narrative they have been pushing before, during and after the Ugandan general elections, and it has focused largely, on age of Yuweri Museveni, and how long he has been in power for.

They push the narrative that for the simple reason of longevity, a leader must be changed, without telling you the Queen has governed for nearly 60years.

The Western pushed this agenda in Zimbabwe for the late Robert Mugabe to be overthrown in a coup detat, only to be replaced by a worse corrupt, magnificently incompetent and notoriously visionless alternative Emerson Mnagagwa.

They pursued the same agenda in Libya, and the result is there for all to see. On the contrary, the obnoxious apartheid killing machine was supported to centuries.

Robert Changwulanye, aka Bobby Wine, might be popular, he definitely doesn't have what it takes to manage a Nation. Of course, he could possibly be a minister for Youth Development or the Creative Arts where his popularity among the youth would be much productive and constructive.

But, to be a president, will only provide a fertile ground for unpatriotic appointees to exploit his inexperience.

Indeed, I followed the Ugandan electioneering campaign leading to yesterday's balloting, and I did not hear Bobby Wine ever talking policy alternatives.

His entire campaign message was about age of the sitting-President, his longevity in office, and how corrupt he is.

Does a President being in power for long; old; and perceptively corrupt, automatically makes the alternative angelic in patriotism, fighting graft and competence in governance?

So, what Bobby Wine actually needs to do, is adopting this strategy to decentralise his support base, rather than the current streets appearances in open-roof vehicles in Kampala.

Indeed, to defeat a leader who has been in power for decades and therefore has so much influence on State apparatuses, in our African construct, cannot be easily defeated in a democratic elections, without having a true and solid broad-base movement.

These epileptic randomised populist appearances in major cities being adopted by Bobby Wine is not what will do the trick.

And here, I'm not trying to defend the legacy of Yuweri Museveni; I'm only critiquing the Ugandan contemporary electoral dynamics, with the ongoing presidential elections as case study.

I'm therefore doing a pure academic exercise here so those seeking to comment must have this at the back of their minds. Thanks!!