Unprecedented Election Of Legendry Ndc Legislator, Alban Sumana Kingsford Bagbin, As Speaker Of 8th Parliament Of The 4th Republic: 5 Lessons To Take Away 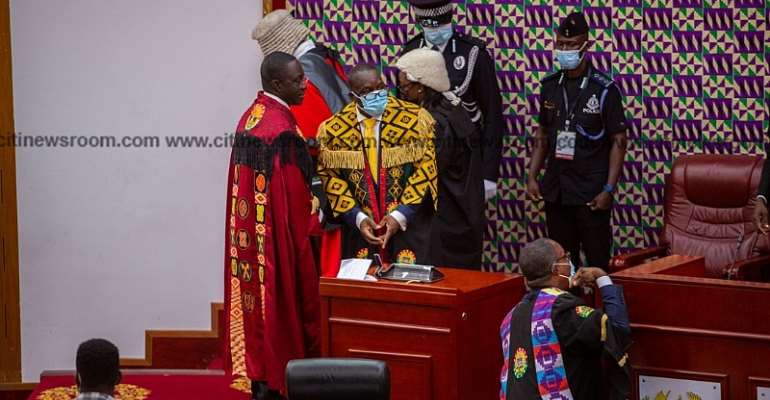 In the morning of 7th January, 2021, Ghanaians woke up to the unexpected realitymm that the new leader of the country’s legislative arm of government is an NDC colossus though executive power continues to rest with the NPP, at least, at the moment. What made the development all the more surprising is that, the embattled ruling government who had been engulfed in a struggle with the NDC for dominion over the House of Parliament via a litany of court cases here and there, appeared to have won that battle when they succeeded in placing a court injunction on the NDC legislator for the Assin North constituency and supposedly barring him from participating in the investiture of Parliament where a Speaker was billed to be elected. Considering that both parties boast equal number of legislators until the imposed injunction on the Assin North MP elect, the NPP at that point gained a numerical advantage of one. They were also assured of the support of a former party member turned Independent MP hence were expected to hold a numerical advantage of two by the time a Speaker would be elected, hence, tipped to comfortably tie down the role of Speaker of Parliament as has been the formality in the past. Things did not however turn out to be the case. However, there are some important lessons to note from the development and 5 of them have been highlighted in this piece.

1. It always seems impossible until it's done. When Ghana's 'neutral courts', by the eve of the 6th January, 2021, quashed all injunction applications directed at elected NPP MPs and yet in the same breath granted one against the only NDC MP under siege, doom was pronounced by many on the chances of an NDC member occupying the high office of Speaker of Parliament due to the numerical disadvantage that pertained. That myth has however been broken with the election of Rt. Hon. Alban Sumana Kingsford Bagbin into the office. That's, again, substantial prove that nothing is impossible under the sun.

2. Destiny is bestowed by God and God only and no human, born of a woman, no matter the magnitude of power possessed by him can suppress another's destiny. That's why we must never put ALL our trust in any human being in our pursuit of any goal since such people may let us down. Remember: man proposes and God disposes. Let it stick!

3. Never give up on any mission. Even when the odds look to be unfavourable, once there's the chance of achieving a target, it should be pursued with our all until the final outcome. The NDC and Hon. Bagbin could have given up their mission at the point where the injunction was imposed on their member, and knowing in advance that the independent MP had pledged to work with the NPP was just enough to call time on that agenda to annex the role of Speaker. They however defiantly went ahead with their bid amid a well-orchestrated plan and displaying a lot of gallantries Enroute to annexing that position. They seemed reinforced and more determined than before following the court injunction. That is how to secure a victory that is sweeter than honey!

4. Do you know that God's plans for us are sacred and can't ever be tampered with by any man? We must therefore learn to pursue our goals without trying to deliberately suppress the course of others as a means to achieving our own goals. To go that tangent is to attempt to tamper with the Maker's plans. And such a venture is a wild goose chase.

5. Personal relationship and rapport rains supreme over material lures, in politics. Nobody should ever underestimate the significance of his 28 year stay in the house of legislature and the role it played in getting Rt. Hon. Bagbin elected as Speaker of the House. I believe he has served the nation too well to have been overlooked by the very people he served and served with, in his harmless bid to put his experience to the fore in furtherance of the advancement of the course of the house. Why then would he be resisted? So those of us making assumptions and assertions that some NPP MPs were bought (bribed) with some money/materials should immediately stop being ignorant. His perfect relationship with the Ghanaian legislators was just too strong to be undone by his opponent, and all the prevailing factors and conditions were merely vehicles.

Congratulations, Rt. Hon. Alban Sumana Kingsford Bagbin, Speaker of the 8th Parliament of the 4th Republic, Ghana. All the Best!