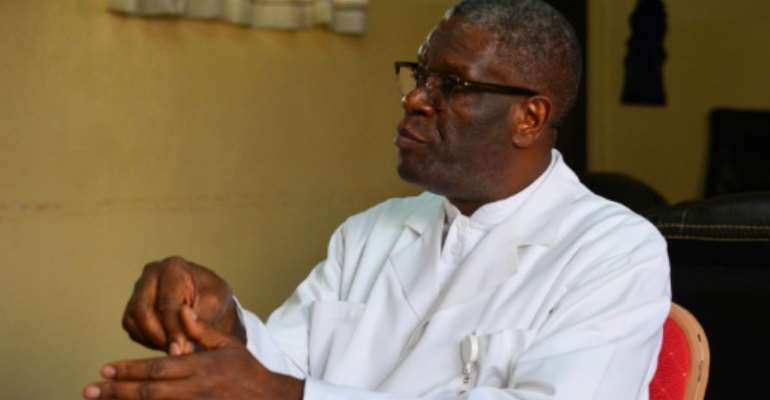 Mukwege received the Nobel Peace Prize for his work in reconstructive surgery for female victims of sexual violence during armed conflicts in eastern DR Congo. By Alain WANDIMOYI (AFP)

Nobel Peace laureate Denis Mukwege has hailed the arrest in France of a former militia chief in his country, the Democratic Republic of Congo, describing it as an important step towards ending "impunity" for acts of violence.

Roger Lumbala, 62, was detained on Saturday under an investigation opened by Paris prosecutors in December 2016.

He faces charges of complicity in crimes against humanity committed during the DRC's civil war.

"The arrest and charging of Mr. Roger Lumbala in Paris is an important step for international justice and the fight against the impunity still enjoyed by many suspected Congolese and foreign perpetrators," Mukwege said on Tuesday.

"Impunity is one of the main reasons for the perpetuation of massacres" in the DRC, he said in a statement.

Mukwege received the Nobel Peace Prize in 2018 for his work in reconstructive surgery for rape victims in the conflict-torn eastern region of Kivu.

Lumbala, who denies the charges, is a former opposition lawmaker who led an armed group called the RCD-N, for the Congolese Rally for National Democracy.

UN investigators suspect it of carrying out extrajudicial killings, rapes and cannibalism during the Second Congo War from 1998-2003. 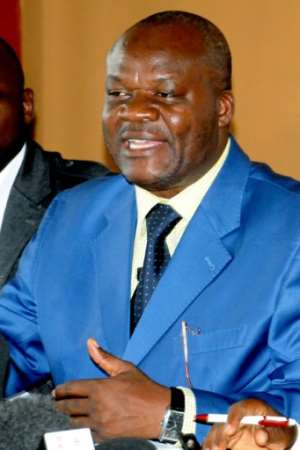 Arrested: Lumbala, pictured at a press briefing in the Ugandan capital Kampala in January 2013. By Peter BUSOMOKE (AFP/File)

Congolese authorities have also accused Lumbala of high treason and complicity with the so-called M23 rebels, who were defeated in November 2013 after an offensive by government and UN forces.

The charges by the French prosecutors concern Lumbala's actions in 2002 in the northeastern region of Ituri, predominantly against the Nande and Twa, also known as Pygmies, ethnic groups.

The French judiciary has the right to arrest and prosecute suspects in crimes against humanity cases committed abroad.

Mukwege called on other European states to carry out similar procedures on the basis of universal jurisdiction.

He pointed to a UN report that documented more than 600 human rights violations including systematic rape and killings. The report was not made public until 2010 but covered the years 1993-2003. 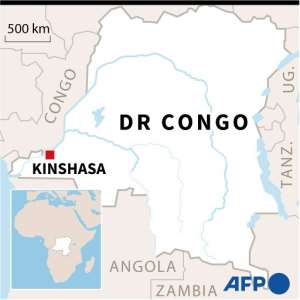 Map of DR Congo, locating the troubled provinces of North and South Kivu, Ituri and Tanganyika. By Gillian HANDYSIDE (AFP)

At least 21 civilians were massacred overnight Monday in the Rwenzori area by the Allied Democratic Forces (ADF), a militia blamed for hundreds of killings in the past year, UN sources and local officials said.

The bloodbath came a week after 25 civilians were killed on New Year's Eve at the village of Tingwe.