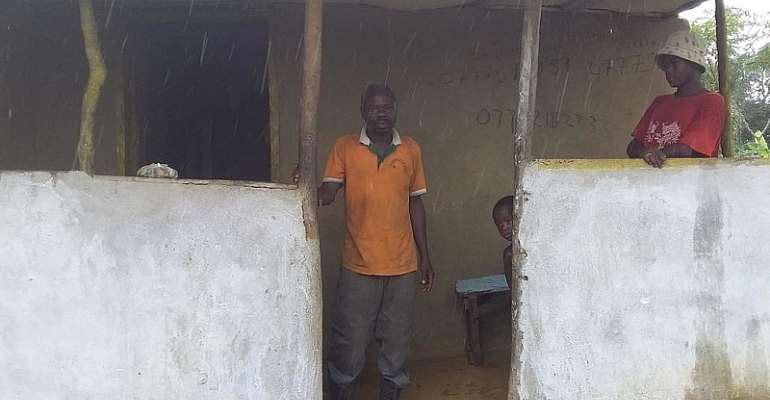 In the two years since the long-awaited Land Rights bill was passed, it was supposed to give local communities direct ownership to their land, but a lack of awareness and little funding have impeded progress.

One area that has not felt a positive impact of this new law is Big Joe Town, a rural settlement situated on a huge portion of farming land on the outskirts of Buchanan, the capital of Grand Bassa County.

Located in the west-central region, approximately 93 kilometres from the capital Monrovia, the settlement is surrounded by the UK-based Equatorial Palm Oil plantation, the Liberia Agriculture Company, Alpha Logging and Arcelor Mittal. Their presence makes land issues a significant concern.

Despite the passage of the law, Boakai Fahnbulleh, a Big Joe resident, says land grabbing by foreign concessionaires or other stakeholders is commonplace.

“Nothing has changed," the 49-year-old told Africa Calling podcast. "The government doesn't care about us. We are vulnerable.

“The government just takes that power and doesn't come to help the native people who are the custodians of the place.”

Others agree with him. They worry that foreign investors might take advantage of their ignorance to grab their lands.

“I am afraid, because we are not educated about the law," said Wheayeegar Gargar, 58, a rice and cassava farmer. "Any company can come anytime and invade our land.

“A poor farmer like me ... where do I have money to seek legal redress versus the government and the company? I foresee that one day some of us will be wounded by unknown people before the government can come in.”

Since Liberia's Independence in 1847, the government has signed different contracts to lease land to foreign investors without consulting local inhabitants. Displacements, destruction of local cultures, biodiversity and food sovereignty has followed.

Nearly 70 percent of Liberia's 4.5 million citizens live in rural areas and own their lands collectively according to customary laws.

The law is in place but needs to be implemented, according to Radiatu Kahnplaye, an activist with Green Advocates International, a civil society group that promotes community-based development.

“The fear is if they do not still know about the law, they will suffer,” said Kahnplaye.

“So it's important that we have donor organisations that have an interest in the peace of Liberia to come and help, so that the issue of land grabbing cannot bring problems in our country,” she added.

She says that it is time for the government to take action against investors who take land without consulting the local people.

Lack of resources
The government is trying to remedy the situation, but it does not have the money to do so, said attorney J. Adams Manobah Sr, the chairman of Liberia's Land Authority.

Manobah cites the example of the American company Firestone that has had a rubber plantation in Liberia since 1926.

“This law gives them ownership of their land," he explained. "The law provides that for them. But because of limited resources other issues will take some time to resolve.”

According to Manobah, the government is using the law to sort out land issues across the country.

“Classic examples include disputes between Firestone and other communities, and not only Firestone, but other concessions and communities,” he said.

He said a special forum would be established to settle cases out of court.

“If we are to wait for the court to resolve all the land issues, there are people who may never ever have justice," said Manobah. "And many of our people are poor. They don't have the means.”

Land Authority offices are also lacking resources. Many are housed in dilapidated buildings in rural areas such as Bassa, with little equipment and furniture.

Meanwhile, the Land Authority says that it will continue to accept assistance from the international community to help the Liberian government, so that the tribal people can have rights to their land by formalizing their ownership.

For now, Liberians can only hope the government acts with urgency to protect the lands of people in rural areas.

16 die in crash at Akim Asafo, others in critical condition
25 minutes ago