What MPs must do 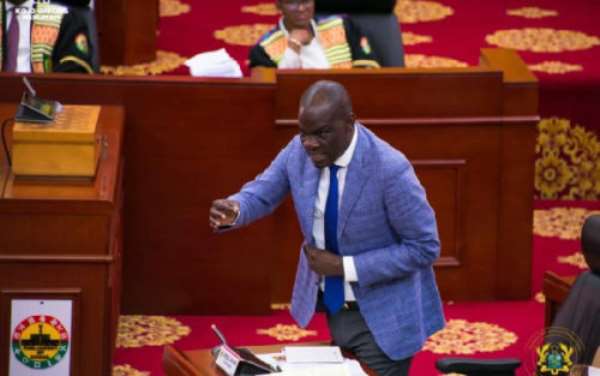 There are infrastructural and other distressing social challenges in every constituency. This may require a Member of Parliament to ask a question or sets of questions about the government’s attempt to address the problems of the constituency or contact a particular public sector agency to probe the programmes and policies that agency has put in place to address the needs of the constituents. They may also petition Ministries, Departments and Agencies to try to resolve issues that critically affect the people in their constituencies.

These morally implicit obligations may not be stated in any law or even the constitution, they are innately mixed in the duties of the Members of Parliament. Therefore, the Members of Parliament must not limit their duties to the constituents to what is plainly stated in the Supreme Law of the Land, the Constitution, by claiming the populace delegate them to the Legislative House to enact and amend laws.

In the Directive Principles of State Policy, as indicated in Article 35 (3), the state is supposed to promote just and reasonable access by all citizens to public facilities and services in accordance with Law. This signifies that every constituency needs to be provided with public facilities and services through a proper resource distribution scheme which utilises public funds and resources.

Parliament, as a House, ordinarily supervises the functioning of governments. The State cannot provide equitable distribution of resources as it is demanded of it without the knowledge of the Members of Parliament and the Parliament of Ghana as a House.

Connectedly, Article 36 clause 2 (d) requires the State to “undertake even and balanced development of all regions and every part of each region of Ghana, and, in particular, improving the conditions of life in the rural areas, and generally, redressing any imbalance in development between the rural and the urban areas”. The State does not function in isolation, and so the Parliament of Ghana which is made up of the representative of the constituencies needs to check the activities and functions of the State.

Clearly, Members of Parliament are required to forcefully lobby for projects and policies embarked on by the Central Government in order to cause an even and balanced development of the State. Lobbying for projects can take several forms including petitions to ministries and departments as well as debating issues which affect the constituents.

Besides, it is implicit that one of the duties Members of Parliament must perform concerns relaying information about development at the grassroots to the Central Government for redress. This means Members of Parliament need to take inventory of the projects of their constituencies and report on the lack of same to the Central Government through petitions and Parliamentary debates. Then, they need to present reports on the inadequacies regarding infrastructure and other social amenities, present petitions to the appropriate Ministries, Departments and Agencies for an eternal redress.

Parliament must initiate steps to increase the Members of Parliament share of the Common Fund or create a new development fund which will give them the financial strength to redress some challenges of their constituents, without putting unnecessary pressures on the Central Government.

Members of Parliament must participate in debates in Parliament to make laws for Ghana or to discuss policy issues that are important to the people of this State. Members also sit on Parliamentary committees where they can conduct detailed inquiries or investigations into bills (proposed laws) and social policy issues and make recommendations that can influence outcomes in the Parliament.

Don't succumb to pressure to support LGBTQI agenda – GMM to ...
4 hours ago