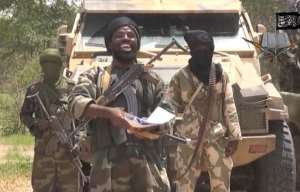 This piece is dedicated to two of the surviving members of the Old Guard of the Nigerian Left: Comrade Biodun Jeyifo (BJ) who turns 75 on January 5, 2021, and Comrade Bene Madunagu

As this extraordinary year 2020 comes to a close, the Nigerian Left appears to be faced with a mocking challenge partly orchestrated by radical and Leftwing social media: “revolution or state failure.” It is a challenge also appearing to leap directly from the packed events of the year: Coronavirus pandemic, youth protest or #EndSars, deepening mass poverty and desperation, Boko Haram and kindred insurgencies, banditry, kidnapping and armed robbery, deepening class exploitation and state robbery, state delinquency, increasing resort to fascist approaches to governance, increasing separatist agitations, state violence and lawlessness, generalized insecurity and the emergence of state-inspired, state-protected, but formally “non-state” fascist movements.

The Left movement, as a whole and in its essential divisions, has a large body of working ideas and experience of “revolution” or what some Nigerian Leftists, in their tactical wisdom, now call “system change.” The possibility and prospects of it taking place in Nigeria can also not be regarded as a strange proposition to the Nigerian Left. But the concept, “state failure,” is much less understood and much less used in current revolutionary politics.

And when “revolution” and “state failure” are posed as real and immediate alternatives, the movement appears to be faced with an entirely new summons. Since I am unable to persuade myself to dismiss this summons, what I need to do in this piece is to look at the “state” and “state failure” generally and in the context of our recent experiences and current national situation and then look boldly at the new summons: “revolution or state failure” and see to what extent it is a real alert.

The theory of the state to which the Nigerian Left subscribes is the one originated by Karl Marx and based on the separation (not dichotomy) between the state and the society, the former having risen from the latter at a particular point in human history. This point in human history is associated with the development of productive forces and mode of production, production of material surplus, and the appearance of private property and hence social classes. One of the “take-aways” here is this: The state has not always existed and need not continue to exist for eternity. The first part of this proposition is what we already know; the second part is what the Left, including the Nigerian Left, is projecting scientifically and ideologically.

Finally, although what we have said so far relates to the state in general, that is, the state through all ages, the state with which we are dealing here, in these notes, is the capitalist state. And although there are fundamental attributes common to all states, past and present, there are also significant differences arising, in particular, from the different ways by which class exploitation is carried out in each mode of production and enforced by the state. Finally, we must not forget to underline this fact: the Nigerian state, our subject, is a capitalist state.

When the fundamental function of the state has been broken down to its main aspects, three of the latter can be isolated. Two of these may be summarised and given as: “Provision of those general conditions of production which cannot be assured by the private activities of the members of the dominant (or ruling) classes”; and “repression of any threat to the prevailing mode of production from the dominated classes or particular sections of the dominant classes, by means of the army, police, judiciary and prison-system”, etc. (Ernest Mandel: Late Capitalism). Each of these control institutions has grown beyond what Mandel saw and could project.

The third main aspect of the state’s fundamental function is critical but prone to be forgotten, wrongly ascribed or taken for granted: According to Mandel, it is the “integration of the dominated classes, to ensure that the ruling ideology of the society remains that of the ruling class, and that consequently, the exploited classes accept their own exploitation without the immediate exercise of repression against them (because they believe it to be inevitable, or the ‘lesser evil’, or ‘superior might’, or fail even to perceive it as exploitation)”.

Roughly, Mandel’s first aspect may be called the “coordinating, administrative and organizational” aspect of the capitalist state’s fundamental function. The second aspect is the “repressive” or “coercive” aspect. The third aspect is the “ideological” subfunction. Generations of early Marxists did not pay sufficient attention to this ideological subfunction; or, when they did, they tended to merge it with the repressive subfunction.

This exclusive domain (or sphere) is what Mandel refers to as the sustenance of “class structure” and “relations of production.” This clarification is important for strategy and tactics and for focus. For instance, when we say that the Nigerian state has “failed” or is “failing” what actually has failed or is failing? We shall return to this presently.

A failed state is currently defined in several popular reference books and essays (on the Internet and elsewhere) as “a political body that has disintegrated to a point where basic conditions and responsibilities of a sovereign government no longer function properly. A state can also fail if the government loses its legitimacy even if it is performing its functions properly.” There is no problem here. An alternative definition is given like this: “A failed state is a state that is unable to perform the two fundamental functions of the sovereign nation-state in the modern world-system: it cannot project authority over its territory and peoples, and it cannot protect its national boundaries”. Again, no problem.

Finally, another definition: “A failed state is a state whose governing capacity is attenuated such that it is unable to fulfill the administrative and organizational tasks required to control people and resources and can provide only minimal public services. Its citizens no longer believe that their government is legitimate, and the state becomes illegitimate in the eyes of the international community.” Well, well, still no problem.

Thirdly, we may also note that from the three alternative definitions of “state failure” and a composite one that can be articulated, we can distill the following specific forms (or aspects) of “state failure”: state disintegration, state collapse, state delinquency, state illegitimacy, etc.

The fourth observation flows from the third: If we say that a state has failed, what aspect or aspects have failed? A person may lose a foot or one or both eyes and still continue to move. But not when the heart is lost! This confirms the need for focus. In the fifth place, just as in the consideration of “revolution” we may conceive “state failure” both as an event and as a process. Hence the concept of “failing state” comes in. A sixth and final preliminary observation here is the dialectical relationship between “revolution” and “state failure” in the sense that the latter—conceived dynamically—may trigger or initiate the former, and conversely. It all depends on the historical and political conjuncture.

So, judging from the multitude of crises partially listed in the opening paragraph of this piece, has the Nigerian state failed? Is it failing? Is the summons: “revolution or state failure” real? In other words, is a fundamental change of agenda called for in the Nigerian Left? I may attempt a provisional answer: The situation in Nigeria is serious, very serious. But it calls only for intensification of the current course of popular struggle and organization, not romance with a formula that may lead to unhelpful, if not dangerous, voluntarism or adventurism.

The Nigerian Left should simply carry into the year 2021 a renewed revolutionary commitment to both electoral politics and direct popular struggle. And it must never, never again, allow the following three objectives—popular democracy propelled by popular power, national unity and socialism to either separate from each other or shift from the movement’s strategic focus.