Be Decorous When Discussing About Our Presidential Candidate: Lewis to Kweku Baako 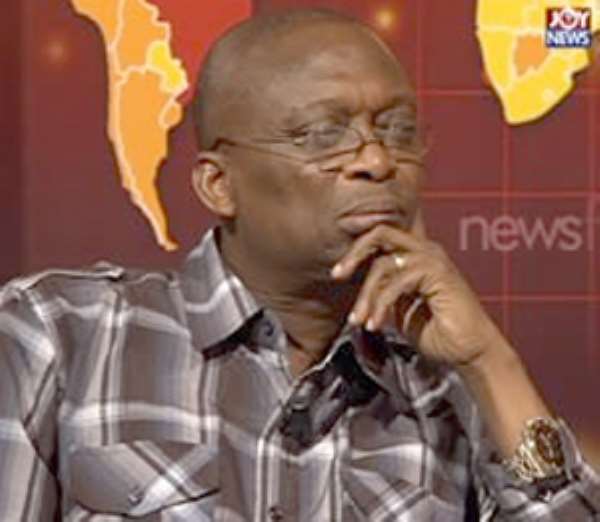 Ghana would have been a one-party state if people have listened to the ideas of introverts in making informed decision about our daily lives, our choices of political affiliations and new consummation. Since the inception of our 4th Republic, we have seen certain people who have tried to look important in our media and politics, people who have "I-knew-it-all-along" phenomena. These people have dreaded between hindsight bias and cognitive bias. A typical example is Malik Kweku Baako who always carries trunks of files to be panellist at Kwami Sefa-Kayi’s Kokrooko Show on Peace Fm or Joy NewsFile.

Ghanaians went to the polls on 7 December 2020 to elect their President and Parliamentarians for the 8th time. On 9 December 2020 without proper collation of the results, the Electoral Commission led by Mrs Jean Mensah hurriedly declared the incumbent President Nana Dankwa Akufo-Addo as the President-elect. The opposition party, National Democratic Congress, has since rejected both the Presidential and Parliamentary results flawed. The NDC after preliminary compilation of the Polling Stations results are convinced, they have won both Parliamentary and Presidential and they will do everything within the law to overturn the Electoral Commission’s declaration in favour the governing administration, New Patriotic Party. The Presidential Candidate of the National Democratic Congress, H.E. John Dramani Mahama, was interviewed by Voice Of America (VOA) and he reiterated his call for a forensic audit of the results. A forensic audit by an independent body would put to result the standoff of the current political upheavals in Ghana.

I just want to get us started on an examination of the awful statement made by a so-called veteran journalist called Abdul Malik Kweku Baako. If Abdul Malik Kweku Baako has no respect for our former President at all, he must know that more than 6 million Ghanaians risked and queued to cast their votes for H.E. John Dramani Mahama, who all indications point out that he has indeed won the 7 December election. Is it not disgraceful for an Electoral Commission who after sending over US140 million, endangered voters live and could not properly collated results, but used the collated results from NPP collation room to declare results? Is it corruptible or diabolic, looking at our electoral history, for an election to be declared in the absence of not a single representative of opponent? Is EC being manipulated by the NPP, the political bully and the techno-commercial behemoth? For Kweku Baako to ask “which animal is that” is the most despicable question ever asked.

We are in 21st century Ghana, and we have more knowledgeable and reasonable people, not like those who jump into radio stations daily making incongruity discussions of no importance to average Ghanaian. Since 1993 Kweku Baako has played his Dunning-Kruger effect on media and politics, always discrediting or ridiculing NDC or anything from NDC camp. A lot of people have followed this dude in the 1980s and 1990s thinking he was impartial until NPP came to power in 2000 when we saw his partisan politics. No one has even asked him of his academic certificates in which he carries himself as journalist. This is the guy who has supported everything President Nana Akufo-Addo tries to roam down on our throat, including failed Agyapa Royalties deal. Even till now, he cannot recognise NPP incompetence, ethnocentrism, dictatorship and corruption activities. Ghana has lost more than 5 people in cold blood and more than 20 brutalised by the government-backed military, thugs and bearded police officers. We have a President who has ignored the brutal dead and injured but rather left the country to attend the inauguration of another President who has imposed himself on another country. We have a President who is lavishing himself in London instead of being in Ghana to see to the plights of Ghanaians. Instead of Kweku Baako to address these issues, he is sitting on Peace Fm insulting His Excellency John Mahama. If voters hand victory to NDC, NDC cannot afford to ignore the voices of sanity and gets busy silencing them. NDC knows when to go to court, and it is not Kweku Baako who should advise them to.

Ghanaians desired to preserve the territorial integrity and the democracy enjoyed since 1993. For, as one country, we would be able to maintain lasting peace amongst our various communities; achieve rapid economic development to improve a lot of our people; guarantee a dignified future for our people and respect in the world, for our posterity and contribute to our neighbouring countries.

And help us to resist oppressors' rule;

Dilapidated Meridian Hotel is a death trap, demolish it - Te...
11 minutes ago