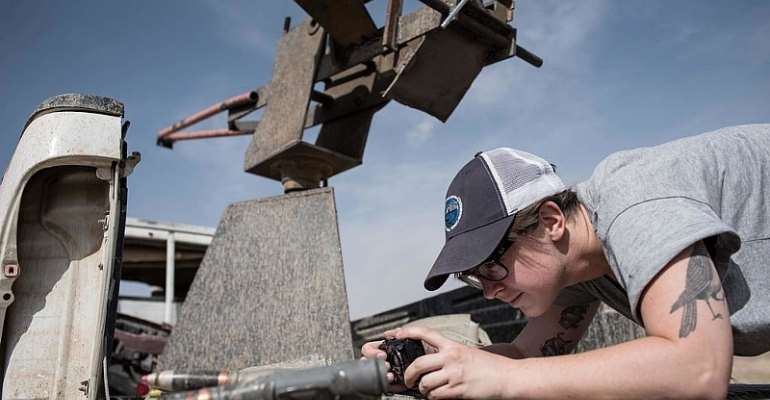 A UK-based research group has found that the Islamic State terror organisation established an elaborate network designed to procure key components needed to make devastating weapons, some of them based on rocket technology developed in Nazi Germany.

CAR also identified two extended family groups based near the border between Turkey and Syria whose members helped to procure base material that was delivered to the IS for the production of explosives and components for the flying rockets.

“Islamic State forces in Iraq and Syria developed probably the most sophisticated capabilities for producing their own weapons, explosives, other military items of any non-state group to date,” says Mike Lewis, CAR's Director of Enhanced Investigations and one of the authors of the report.

In order to build the weapons, IS needed to have international networks to buy the materials, from chemicals for making explosives to components for drones.

The CAR research found that the networks were “concentrated in a small number of family groupings that were operating on the border between Turkey and Syria. They were primarily responsible for buying everything from fertiliser for explosives, through to Chinese-made electronics, and other items that ended up in Islamic State weapons workshops across Iraq and Syria,” according to Lewis.

Had the buyers been identified more quickly, “it would have been quite possible to disrupt Islamic State's supply chains much earlier in the conflict,” thus saving lives.

In another finding, CAR concluded that companies that shipped “abnormal” quantities of certain products may not always have been aware that the material would be used by IS.

CAR found “one very small cell phone shop” that had ordered six tonnes of aluminum paste, a chemical that is can be used to ignite fertiliser-based explosives.

In an earlier report, CAR announced the discovery of a large shipment of sorbitol in bags of French sugar giant Tereos. Sorbitol is a substance that can be used to make explosives. But Tereos says it was not aware of how it ended up in the hands of IS, and successfully took its accusers to court on 25 November.

CAR's most spectacular discovery is probably the fact that Islamic State managed to obtain blueprints of engines based on those of the V1 rockets, developed by the Nazis at the end of World War 2.  The IS plan was to use these propulsion systems in “large, high-powered drones”. CAR found that IS had obtained the blueprints from the internet, where they circulating as “hobby engines”.

IS engineers were fully aware of the technology's murderous past: Lewis cites an IS document claiming that the terror group is building “engines that Hitler used to bomb the UK during the Second World War”.

Because of the military defeat of Islamic State, the drones were never put to use, but they were designed to “be much, much more powerful than the smaller electric power drones that I saw operating in Mosul and around parts of northern Iraq,” according to Lewis.