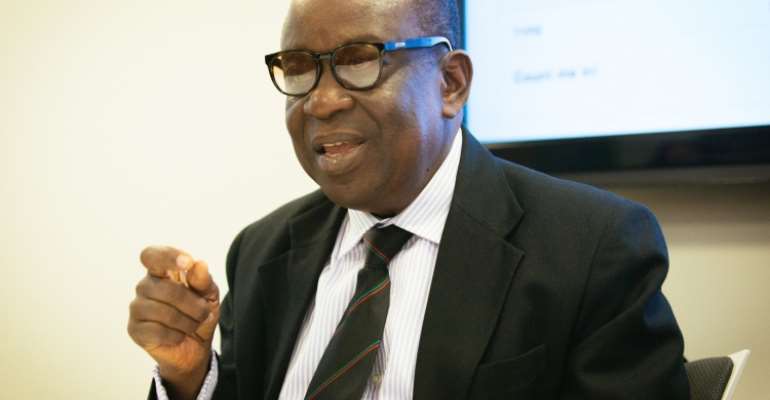 Mr. Osei Tutu who is also an officer of the Bureau of National Communications for National Security allegedly assaulted Warrant Officer Salia on Wednesday, November 25, 2020.

His interdiction was after the President, Nana Addo Dankwa Akufo-Addo directed the National Security to do so.

This was however contained in a press statement issued by the Ministry for Information on Tuesday, December 1, 2020, and signed by the sector minister, Kojo Oppong Nkrumah.

“The President of the Republic and Commander in Chief of the Ghana Armed Forces, Nana Addo Dankwa Akufo-Addo has learnt with dismay reports of an attack on a soldier by an official of the Bureau of National Communications of the National Security Council Secretariat, Gerard Nana Osei-Tutu.”

“Upon the President’s instruction, the Ministry responsible for National Security has interdicted, with immediate effect, the said Mr. Gerard Nana Osei-Tutu and has commenced a full investigation into the incident.”

The statement further added, “The military constitutes a key layer in the country’s security architecture. Any infringement on the institution and its officers will not be tolerated.” 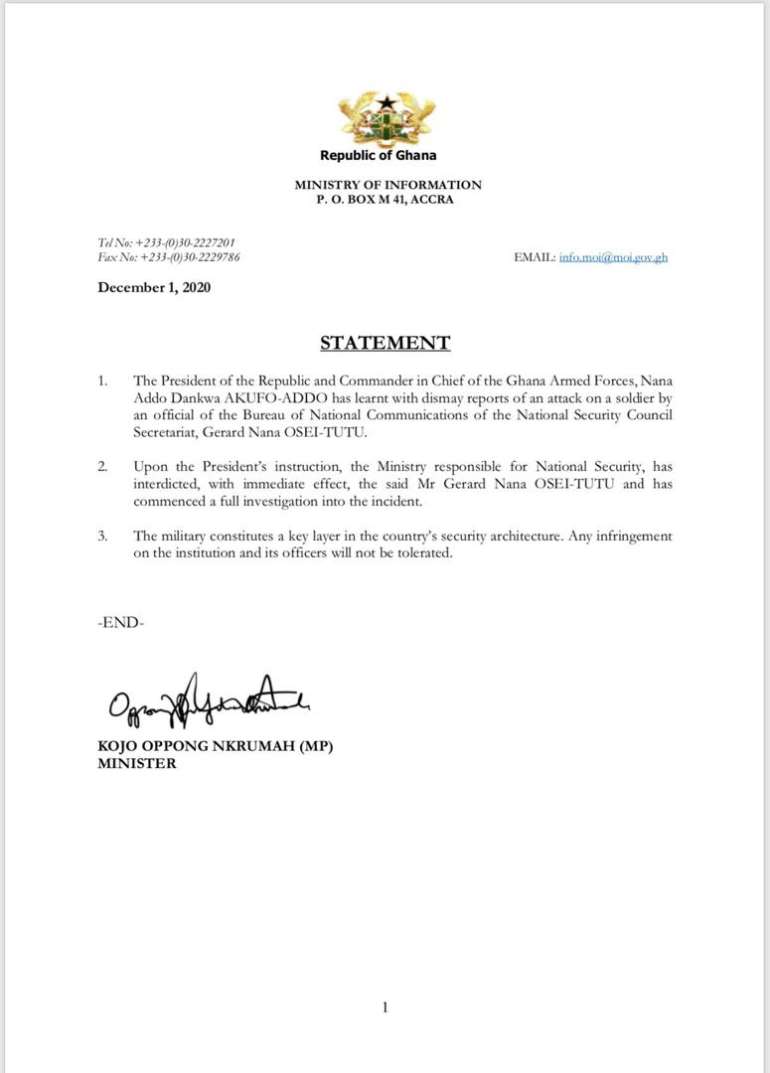 Authorities of the Military High Command of the Ghana Armed Forces had also expressed disgust over the assault.

“This bizarre incident has been roundly condemned by both the Ministry of Defence and the Military High Command. The Sector Ministry of National Security has also, in a similar vein, condemned the actions of the personnel involved,” a statement from the Armed Forces indicated.

Already, the Deputy National Security Minister, Henry Quartey and the Chief of the Defence Staff, Lt Gen OB Akwa, have at an emergency durbar expressed worry over the incident while apologising to the officer involved and the Ghana Armed Forces as a step towards addressing the problem.

There is possibility of a lockdown, other restrictions – Opp...
14 minutes ago