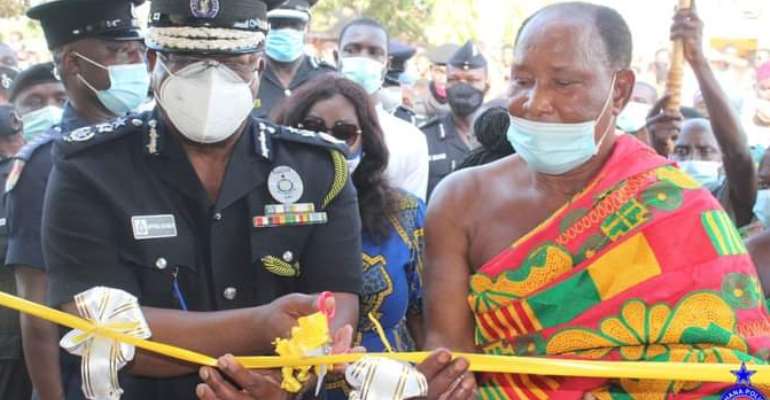 The Inspector-General of Police (IGP) together with the President of Yamfo Traditional Council have commissioned the Yamfo District Police Headquarters in the Tano North Municipality to help protect lives and properties.

The facility funded by the Yamfo community under the stewardship of the President of the Traditional Council, Yamfo natives resident abroad and other entities is to ensure that there is absolute peace and order in the area.

The IGP, James Oppong Boanu, in his address commended the chiefs and the people for supporting the Ghana Police Service with such a remarkable facility which will play a vital role in the fight against crime in the area.

He appealed to Ghanaians to continue giving the police service a helping hand because for development to thrive there should be a secured environment.

"I remind you of sticking to maintenance culture to help this facility to last long for your good " IGP, James Oppong Boanu told the police.

The Ahafo Regional Police Commander, Deputy Commissioner Of Police(DCOP) Ernest Kwabena Owusu, on his part also applauded the people behind the construction of the facility. He called on the residents to keep supporting the police to help reduce crime.

"See us as your friends and partners in crime-fighting," the Regional Police Commander said.

The President of Yamfo Traditional Council who doubles as the President of Ahafo Regional House of Chiefs, Nana Ansah Adu Baah (II), expressed his gratitude to the IGP for being part of the occasion which is so dear to the people of Yamfo and the entire Tano North residents because security is their topmost priority.

According to him, the people are ready to assist the police to perform their duty as expected to enable them to undertake their activities without fear and panic.

Freda Prempeh, Member of Parliament for the Constituency and also the Deputy Minister of Gender, Children and Social Protection presented a brand new motorbike and a set of computer to the police to used at the facility and stated that the government is ensuring that security services in the country are well furnished to position them well to work for the interest of citizens.

She urged them to be firm on the ground to ensure that elections are violence free before, during, and after in the constituency. 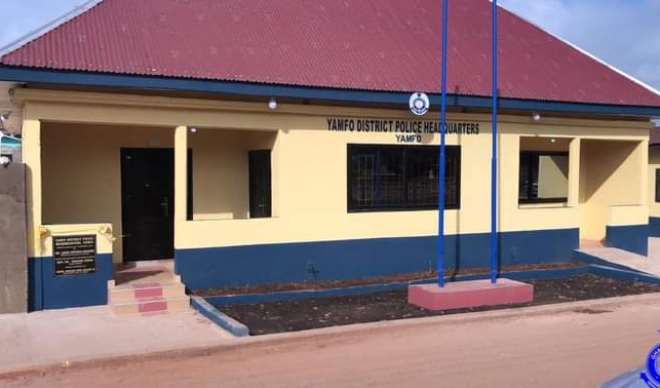 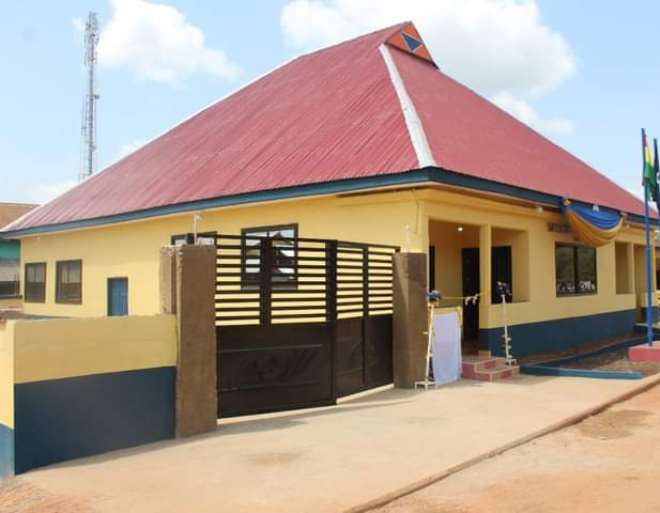