NDC Silence Means NPP Not Worth The Argument: John Mahama Rolled Out Free SHS In Ghana 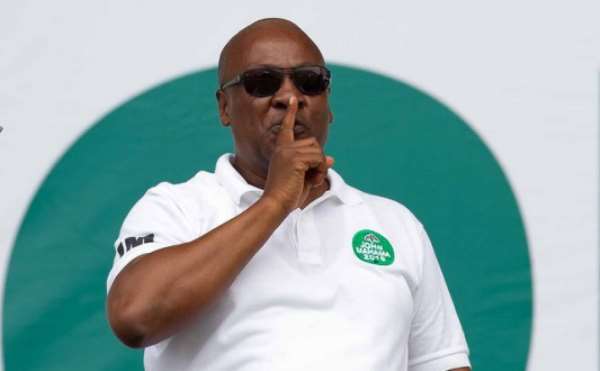 When you have the media and can shout louder, that doesn’t say you're right to the truth.

President Nana Akufo-Addo fully implemented Free SHS in Ghana in the 2017 academic year. Nevertheless, he has no author’s right to Free SHS in Ghana. Free secondary education for students from the north and those of northern extraction have enjoyed free SHS since Dr Kwame Nkrumah. We also had other freebies like Cocoa Board Scholarship, merit scholarships from Scholarship Secretariat, and hardship scholarships, all from the government.

Article 25(1)(b) of the 1992 Constitution demanded that we implemented Progressively Free Senior High School. In his SoNA 2014 H.E. John Mahama stated “Further to this, the Ministry, following consultations with stakeholders, has prepared a report on the road map for a progressive introduction of free secondary education in Ghana as required under the 1992 Constitution. This road map would be presented to Cabinet for approval and subsequent implementation. Under the guidance of this proposed road map, we can anticipate that fees for day students will be abolished at an estimated cost of GHC71 million in the 2015/2016 academic year. Other reliefs in respect of boarding student would be announced when the road map is published” (Full transcript: President John Mahama’s 2014 State Of The Nation address).

Again, in his SoNA 2015, H.E. John Mahama stated “As I announced in my last State of the Nation Address, Government will begin the implementation of the Progressively Free Secondary Education Programme at the start of the 2015/2016 academic year in September. This will benefit an estimated three hundred and sixty-seven thousand, five hundred and sixty-five (367,565) day students. As you are aware, Mr. Speaker, Honourable Members of this August House have approved adequate financing for this programme in the 2015 budget”

The Budget Statement of 2015 read by Hon. Seth Terkper on Wednesday, 19th November 2014, Paragraph 775 read “Government will commence its policy of making secondary education progressively free in the 2015/2016 academic year”.

President Mahama administration rolled out the Progressively Free Senior High School (SHS) in fulfilling the requirement of Article 25(1) (b) of the 1992 Constitution. It started with 320,488 day-students whose fees like examination, entertainment, library, Students Representative Council (SRC), sports, culture, science and mathematics quiz, Information Communication Technology (ICT) were absorbed. Then it was expanded to include 120,000 boarding students by 2015/16 academic year. Those interventions led to increases in enrolments from 393,995 in 2007/08 to 787,861 in 2015/16 (GES has the report).

Ghana’s de facto Prime Minister, Gabby Otchere Darko in a series of Facebook posts on Wednesday, 26 February 2014, stated: “the Mahama administration’s decision to implement a ‘Free SHS’ programme after kicking against it in the run-up to the 2012 General Election, was simply an attempt to deny the New Patriotic Party (NPP) a campaign message in 2016” (Mahama’s ‘Free SHS’ aimed at denying NPP Campaign message in 2016 - Gabby).

To support my argument, I have attached a short video aired by Joy TV in which H.E. John Mahama rolled out Free SHS. It was not President Nana Akufo-Addo who drafted 1992 Constitution and incited Article 25(1)(b). Free SHS was on an alien to us, it has been there since 1992 and every government, by and large, have worked on it. Eventually, it was bound to be fully implemented.

We can praise President Nana Akufo-Addo for his full implementation, but he cannot take the credit for bringing Free SHS to Ghana. His implementation was not thought through and the repercussion is the double-track and poor academic performance of our senior high school graduates. Today, Ghana runs 12th among African countries and 104thposition in global education.

No one can deny H.E. John Dramani Mahama for being the first President for rolling out Free SHS in Ghana.