By Danny Bradlow - The Conversation 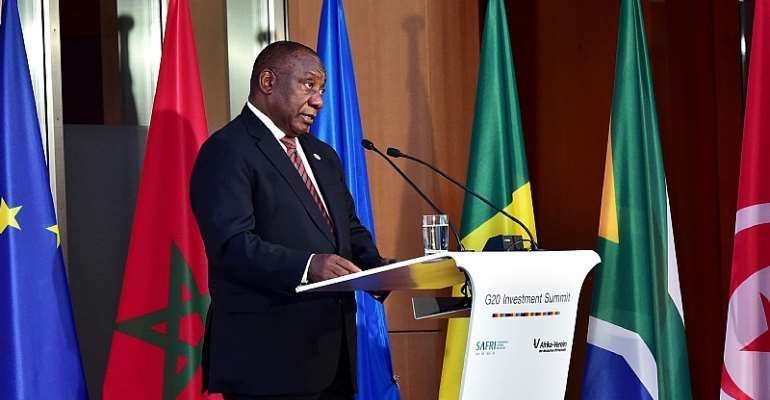 The COVID-19 crisis is one of many indicators that we live in dangerous and uncertain times. Others include the international community's struggle to respond to technological and climate change, demographic shifts, growing poverty and inequality as well as increased global insecurity.

The global governance arrangements for managing these changes are no longer fit for purpose. Take the decision making procedures in the UN Security Council and the International Monetary Fund (IMF) . They don't account for the growing importance of developing countries. Nor do they meaningfully accommodate non-state actors such as transnational corporations and civil society groups.

These changes are pushing countries to reassess how they use foreign policy to serve their national interests. A recently published book, Values, Interest and Power: South African Foreign Policy in Uncertain Times , contributes to such a reassessment in South Africa. The book was co-edited by foreign relations expert Elizabeth Sidiropoulos and me.

In the book, a group of senior and junior South African authors offer suggestions on how the country can formulate and implement a foreign policy that responds to a changing global world.

We maintain that foreign policy making should be guided by the national interest. The South African constitution provides important guidance on this. This is because it's a product of the country's history, politics and culture. It expresses its values and aspirations.

On foreign policy, it allocates responsibilities and authority among the different branches of government. It also instructs relevant government authorities to base their foreign policy on the values expressed in the bill of rights .

Subject to these constraints, policy makers are free to determine foreign policy priorities according to their view of the country's economic, geo-strategic, political, cultural, environmental and security interests.

The book concludes with some recommendations for South Africa's foreign policy makers.

contribute to implementing the domestic economic and social transformation agenda,

be consistent with the values and governance arrangements set out in the constitution,

position South Africa to be a norm entrepreneur in global affairs. This means pursuing creative and principled solutions to global issues,

advocate reforms to global governance arrangements so that they become more responsive to the concerns of the global South. And become more accountable.

Secondly, we recommend changing the way which foreign policy is designed. The Presidency should establish an inter-agency coordinating council that can formulate a coherent and effective foreign policy. The Department of International Relations and Cooperation should then lead implementation.

Our third recommendation is that Parliament and the Chapter 9 institutions should play a role in foreign policy making. These institutions support the country's constitutional democracy. For example, the Human Rights Commission could issue an annual report assessing how effectively the government has used international relations to advance human rights at home.

In addition, there should be an annual meeting with these bodies to discuss the government's foreign policy objectives for the year ahead. This could be run by the executive through the Presidency or the foreign relations department.

Fourthly, we recommend that a concerted effort be made to ensure that foreign service staff have the technical and language skills to deal with the expanding range of issues facing the country on the global arena. Equally important, they should also understand the links between domestic social and economic transformation and foreign policy.

We recommend that the government, business, labour and other stakeholders develop an integrated strategy to take advantage of these opportunities.

To continue playing this role credibly, it should reduce the inconsistencies between its domestic and global climate change related policies. In particular, it needs to stress in both arenas the important relationship between climate change and social justice.

Peace and security: South Africa should draw lessons from its experiences in African peacemaking about how it can help African regional bodies end conflicts.

We also recommend that the country develops a maritime strategy. This is important for two reasons. First, South Africa is bounded by two major oceans. Its exclusive economic zone is bigger than its land mass. Second, external actors are becoming increasingly interested in the Indian Ocean. They see it as part of a bigger maritime space stretching from the Pacific to the east coast of Africa. Without such a strategy, it will be difficult for the country to protect its interests.

Given resource constraints, it needs to focus on institutions where reform is feasible. These include the World Trade Organisation, the IMF and the World Bank. Reforms should focus on creating greater voice for underrepresented countries, and more public accountability and transparency.

South Africa should also use its platform in global forums like the G20 and BRICS to promote issues of concern to Africa, and to foster greater inter-regional cooperation.

A foreign policy that looks incoherent – or is merely reactive – can have both reputational and material costs. We hope this book contributes to improving the gains the country can make from its international relations.

More Article
Modern Ghana Links
Why healthy food and its local production should be part of the COVID-19 response
How African body markings were used to construct the idea of race in colonial Brazil
South Africa's immunisation record risks being dented by anti-vaccination views
Scholarships alone are not enough to get more qualified female teachers into Nigeria's schools
How South Africa can prepare for a data-driven education system
Vaccine production in South Africa: how an industry in its infancy can be developed
Pasha 93: Nigeria doesn't have a coherent COVID-19 vaccine plan. What's needed
Ethnic conflict could unravel Ethiopia's valuable garment industry
South African internal migrants fare better in the job market in two regions
Election Reports Quotes Dossiers
TOP STORIES 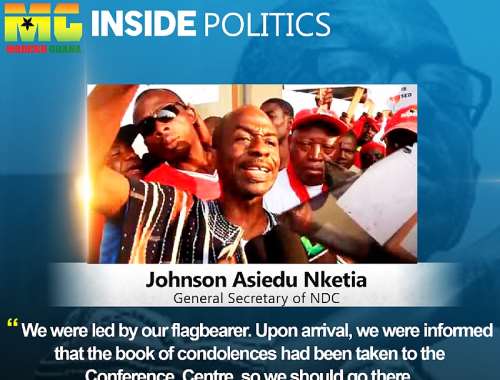