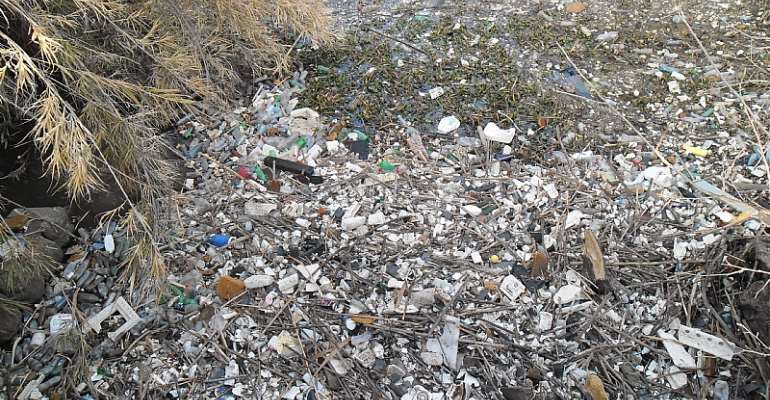 Apies river downstream of the informal settlement and the village of Hammanskraal. - Source: Author supplied

In 2010, the United Nations recognised access to clean water and sanitation as a fundamental human right. However, over 4.1 billion people around the world, particularly in low- and middle-income countries, still do not have access to this human right.

Clean and safe water is necessary for basic life functions — for drinking, for cooking, for bathing, and more. When it is not available, people resort to alternative sources, which are often polluted with pathogenic bacteria arising from human waste. Using such water exposes people to waterborne diseases such as diarrhoea.

In cities, most households have access to treated water and good sanitation services. However, over 340 million people in sub-Saharan Africa, mostly in rural communities and informal settlements, do not. They may rely on rivers, lakes, and streams for their. In addition, over 270 million practise open defecation or have poorly constructed toilets. Most have no choice but to defecate outdoors, often disposing of their faeces directly into rivers — the same ones they use as sources of water.

We, a group of researchers in South Africa, wanted to know more about how different human activities around rivers in the country affected the microbial quality of the water. We wanted to understand the extent to which informal settlements , where access to basic sanitation and hygiene is limited or absent, affected the presence of waterborne bacteria.

We set out to explore how different human activities, such as sewage treatment plants, informal settlements and agriculture, affected the microbial quality of river water. We also used a mathematical model to show whether people could get sick from drinking untreated water from the river. We looked at E. coli as the indicator organism and Vibrio, Salmonella and Shigella as pathogenic organisms. Indicator organisms indicate the possible presence of pathogens, which are microorganisms that can cause disease.

Our research found that in informal settlements where sanitation and waste management facilities were absent, a high number of bacteria were often present in the water of the river we studied. Some of these bacteria were pathogenic forms of E. coli, which, when consumed, could make people sick. We also observed that the people living there frequently used the river water, without any treatment, for personal hygiene such as bathing and brushing their teeth. The river was also often used for rituals, which involved immersing oneself several times into the water as a form of spiritual cleansing.

Samples from before and after activities

The Apies river takes its source from the south of the city of Pretoria (one of South Africa's three capital cities) and flows towards the north of the city, before joining the Pienaars River. Samples were collected at ten different sites along the river. These sites were situated upstream and downstream from the different human activities we looked at. We tested the water in the laboratory for the presence of microorganisms.

There are numerous sewage treatment facilities that discharge wastewater directly into the river . At times the discharged water is not treated due to system failure, or poorly treated when overloaded. The river also receives waste from informal settlements situated along the riverbanks, either directly through dumping or indirectly from surface runoff during heavy rainfall. These informal settlements are unplanned and the houses are sometimes built on illegally owned land, usually not built according to regulations. So they do not have waste management services.

This river is also used for irrigation. Villagers in the rural communities – areas that are subdivided into “tribal” areas and commercial farms and usually have few houses – use the river water for their cattle too. The informal and rural settlements use the river directly to dump their waste – including faeces – and for personal and household hygiene. Cows using the water from the rural community of Potwane in the North. Author supplied

We isolated all the tested organisms in the water and sediment samples collected from this river. We found that the number of bacteria isolated before the water passed through informal settlements was lower compared to the number when the river had passed through the settlement. This was because of the lack of toilets in the settlement, forcing the communities to use the river as a toilet. We also found higher numbers of bacteria when the river received wastewater from the sewage treatment facilities. This shows that the treatment plant was discharging poorly treated water containing faeces in the river.

Getting sick is almost guaranteed

The World Health Organisation (WHO) recommends that there should be zero E. coli in water meant for drinking. But we found up to 1 million E. coli cells in 100ml of water collected downstream for the informal settlement and sewage treatment facility sites. According to the mathematical model, someone who ingested as little as 1ml of untreated water had almost a 100% chance of getting sick during the rainy season – leading to school absences and missed days of work.

People living in informal settlements and rural areas need to be made aware of the negative impact of open defecation, especially directly into rivers. Where there is no alternative water source, they should be advised to treat the water, for example by boiling it before use.

Governments need to ensure that people living in rural communities and informal settlements have access to toilets and clean water. This can be done by building community toilets or providing them with mobile toilets , where construction may not be possible. Governments also need to ensure that sewage treatment facilities, where available, are functioning correctly to avoid the discharge of poorly treated water containing harmful bacteria and faeces into rivers.

The Department of Water and Sanitation of South Africa must also ensure that wastewater treatment plants adhere strictly to Section 39 of the National Water Act, 1998, which provides guidance for quality and management of wastewater.

Akebe Luther King Abia is affiliated to the Aspen Institute through the Aspen New Voices Fellowship. He is also a member of the Antimicrobial Research Unit, University of KwaZulu-Natal. This work was funded by the Water Research Commission of South Africa, and was part of a larger project on the dynamics and health implications of microbial pathogens in South African water resource sediments under changing climates

Inside Politics: Political Quotes
Catch up with all the political quotes from our politicians.
Sponsored
More Article
Modern Ghana Links
Why the West is morally bound to offer reparations for slavery
As the world changes, science does too -- and that's a good thing
Get more women into governance, Mr President !
Our 'whom you know' canker
Rawlings, The Tribute: The tenderness in his toughness
Ghana's unstable building problem is about more than lax regulation
How Kenya's new personal data protection law could affect researchers
Pasha 92: How we discovered two new giant radio galaxies
How young Kenyans feel about farming goes against conventional wisdom
Election Reports Quotes Dossiers
TOP STORIES