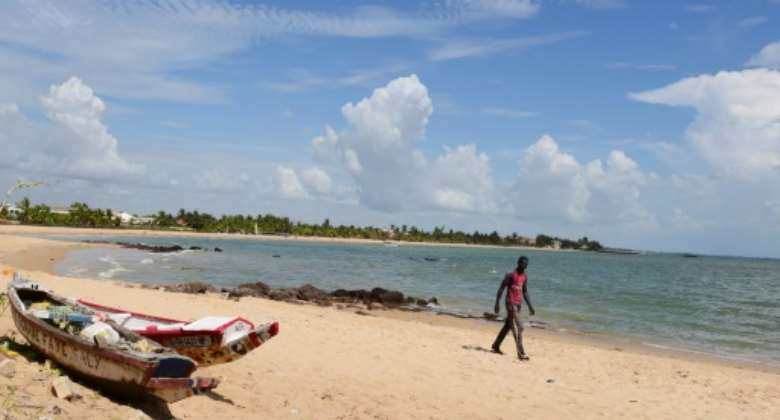 The ill-fated vessel left Mbour, a coastal town in western Senegal before it capsized and sank, killing more than 140 people. By SEYLLOU (AFP/File)

More than 140 people died last week when a vessel carrying around 200 migrants sank off Senegal, in the deadliest shipwreck recorded in 2020 so far, the International Office for Migration (IOM) said in a statement Thursday.

The Senegalese authorities had previously given a toll of at least 10 dead while 60 people had been rescued.

"Local communities have told us that there were around 200 people on board, which means that 140" died at least, an IOM spokeswoman in Dakar, Aissatou Sy, told AFP, explaining how the toll had been calculated.

The agency said it was "deeply saddened" by the tragedy, which followed four boat sinkings in the central Mediterranean last week, and another in the Channel.

"We call for unity between governments, partners and the international community to dismantle trafficking and smuggling networks that take advantage of desperate youth," Bakary Doumbia, IOM's chief in Senegal, said in the statement.

On Monday, the Senegalese government sounded the alarm about a "resurgence" of migrants trying to reach Europe via a perilous route in the eastern Atlantic -- the crossing to Spain's Canary Islands.

The archipelago lies more than 100 kilometres (60 miles) from the coast of Africa at its closest point, and the passage is typically made in traditional wooden boats that are usually crammed and poorly maintained.

In the latest case, the vessel left Mbour, a coastal town in western Senegal, on Saturday before a fire broke out onboard a few hours later, the IOM said.

It capsized near the coastal town of Saint-Louis, on the country's northwestern coast, the agency said. The Senegalese government on Monday said the fire had begun among fuel drums.

The Atlantic route has been used more and more as the authorities have clamped down on the other main migration route in West Africa, which goes up by road through the Sahara in Niger and Libya to the Mediterranean coast.

At least 414 people have died on the Atlantic route in 2020, according to the IOM's Missing Migrants Project, which recorded 210 fatalities there in all of 2019.

Around 11,000 migrants have arrived on the Canary Islands this year, compared to 2,557 during the same period in 2019, although the total remains far below the peak of 2006 when there were over 32,000 arrivals, the IOM said.