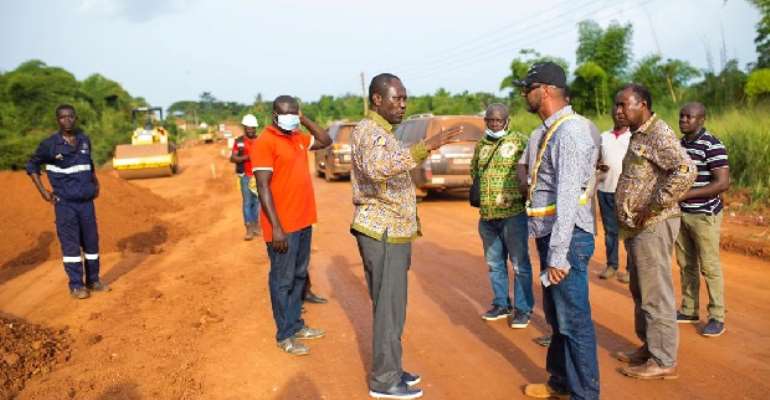 Roads are among the single most expensive infrastructure projects any government can embark on. Ghana as a country will have to continue to invest in road infrastructure because of the status as a developing country. That is why the initiative to use cocoa revenues to directly help improve roads in areas where cocoa is grown is a laudable one.

When the NPP government came to power in 2016, the cocoa roads project was alleged to have been riddled with corruption in both procurement and execution. The government set out to investigate this and many other road projects across the country.

This intent was deemed commendable by all patriotic citizens because of the anti corruption agenda the government campaigned and won elections on.

It is however very worrying that several years after the audit was completed the report has not been made public. The reasons given among others are that the report is too voluminous. This is the most ludicrous reason I have heard in a very long time. With all the technology available to us today this reason cannot be tenable.

Members of Parliament are on record to have filed questions on this issue many times without any concrete result. It appears there is a deliberate attempt by Government to sit on the report due to the fact that the NPP government itself sought to profit from its own anti corruption fight.

It is alleged that the Civil Engineering firm that was commissioned to conduct the audit belongs to one Alhaji Aminu Amadu, an NPP stalwart, a member of the Council of State and a close ally of the President. There are many issues with this firm’s technical competence. The procurement process used in the selection of this firm has also been questioned.

The said Alhaji Aminu Amadu has a long history of problematic relationship with public funds. I urge us to avert our minds to the Bank for Housing and Construction matter in the 1990s and the role he played in it.

Some of these people parading themselves around the President as power brokers and kingmakers are self-serving and individuals of very questionable credentials. Fighting corruption with even more corruption cannot be the way forward for our dear nation.

Therefore the President must ensure that the report is made public to alley the public perception that his government is even more corrupt than the one it accused of same in many sectors of the economy.