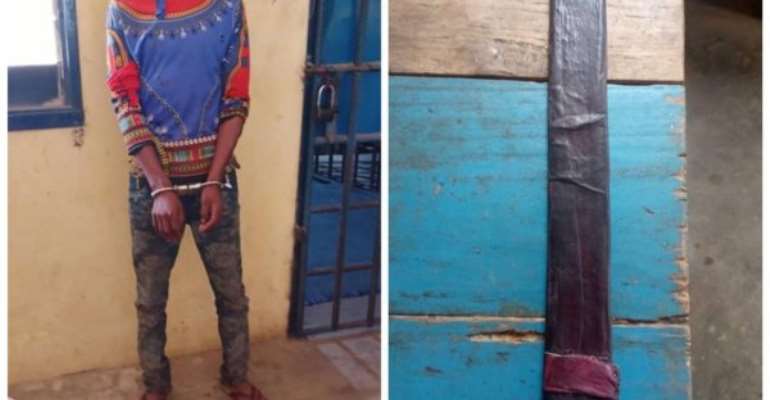 A District Court in Adidome, presided over by Mr Augustine Essah, has remanded one Idriss Bukari, a Fulani herdsman, alleged caught after murdering a woman at Mafi Agoe, into prison custody.

The suspect, believed to be in his 20s, has been provisionally charged with murder and is to reappear before the court on November 16, 2020.

He was arrested on October 14, this year, for allegedly killing one Madam Patience Amu, 50-year-old grocery seller at Mafi Agoe, a farming community in the Central Tongu District of the Volta Region.

The suspect, believed to be a customer of the victim, allegedly entered her room secretly to commit the act.

Corporal Prince Dogbatse, Volta Regional Police Public Relations Officer, told the Ghana News Agency that Mr William Adzigo, an in-law of the deceased, said the grand-daughter of the victim raised an alarm, when she spotted the suspect committing the crime, which woke him and other neighbours of the victim.

He said they met the victim's door locked, which was forced open, but unfortunately the first person, who entered the room, was also attacked by the suspect with a cutlass, opening up a deep machete wound on his head.

Mr Dogbatse said a Police reinforcement was sent to the scene who subdued and arrested the suspect.

He said the victim, however, died on the way to the hospital, whiles the other victim was responding to treatment.

Akufo-Addo is confused over MMDCEs appointment – Ho Central ...
34 minutes ago