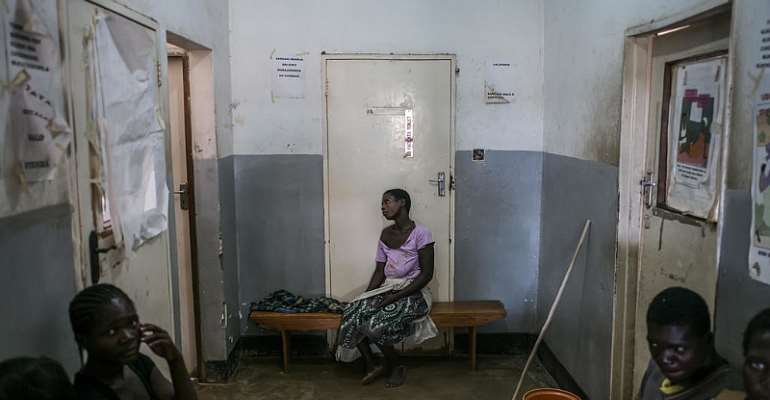 Malawi's members of parliament are due to review a pregnancy termination bill before they take a recess on 23 October, a move that has stirred controversy between lawmakers as well as Malawians.

“We Malawians hide a lot behind the argument that we are a God-fearing nation; we hide behind that in order to run away from the real issue,” says Beatrice Mateyo, executive director for the Coalition for the Empowerment of Women and Girls in Lilongwe.

“It is high time this bill is discussed,” she added.

Recently parliament has been mostly occupied by issues related to the election, or corruption.

The contentious May 2019 'tippex election,' known for the use of the correction fluid on the ballot count papers was annulled by the Constitutional Court in January. The ruling was challenged by the Malawi Electoral Commission and the judgment was upheld by the Supreme Court in May 2020. After a second election, Lazarus Chakwera became president on 28 June.

But this bill, which would allow for terminations of pregnancy in a hospital in only three types of cases, is creating conflict for those who do not believe in abortion in direct and pro-choice supporters.

Those who are advocating for the bill, including one of Malawi's top gynecologists, Dr. Chisale Mihango, point to the statistics: Malawi has one of the highest maternal death rates in the world—574 women died per 100,000 live births in 2014.

According to Guttmacher Institute, a US-based international reproductive health organisation, six to 18 percent of all maternal deaths are due to complications from back street abortions.

Misinformation
The bill does not legalize abortion; rather, it gives three medical reasons for terminating a pregnancy—if the pregnancy endangers the life of a woman, if it deemed medically necessary to prevent the physical or mental injury of a woman; or if a woman is raped or the pregnancy is the result of incest.

The bill also provides for those who falsely state they have been raped or if incest has been committed, allowing for full prosecution. The healthcare provider who would decide whether a pregnancy termination is necessary is also called upon to disregard the woman's socio-economic status.

“This is about rich versus poor, as the poor have to struggle and the cycle of poverty continues,” says Mateyo, also the chairperson of the Central Region's women's chapter of the Human Rights Defenders Coalition.

Political analyst Jimmy Kainja agrees.
“In Malawi people with money and political and maybe social connections, still manage to get a safe abortion in hospitals, and can pay money to do that. But those who don't have this access are the most endangered, and studies have shown this,” says the University of Malawi academic.

Ultimately it is the state that has to deal with unsafe abortions, he adds.

“You end up with a situation where someone goes for an unsafe abortion, things go wrong, and it's the government that spends money because the woman doesn't have the funds to go to the hospital for safe treatment,” says Kainja.

Correcting the 'Tippex' election, as Malawi goes to the polls

Part of the issue is the level of misinformation, both among lawmakers and in the general public, according to Kainja.

“Most people who are saying no to the bill will be those who haven't read the bill in its entirety,” he says.

The representative of Mangochi Central, MP Victoria Kingstone, recognizes that women are already aborting babies in Malawi, but if this bill becomes law, she is concerned pregnancy terminations will become commonplace.

“My worry is that if people regularize abortion, then people will be doing it massively… Let them abort as their own thing rather than the government regularizing it,” MP Kingstone tells RFI.

“Maybe the person was raped, maybe they can't take care of it financially, maybe it's a sex worker and cannot afford to carry the baby-- they are aborting!” she says, adding that she has read the bill and plans to vote no.

Kingstone said she made that decision after consulting with members of her constituency, which includes both Christian and Muslim residents, but admits that she personally believes life begins at conception as well.

Mixed views
The Episcopal Conference of Malawi, the Malawi Council of Churches, and the Muslim Association of Malawi are among a raft of religious organizations that have reportedly stated they are against the End of Pregnancy Bill, the official name of the abortion bill.

“With matters of faith, people get entrenched in their personal beliefs,” says Brian Ligomeka, a Malawian journalist and executive director of a human rights media organisation called the Centre for Solutions Journalism.

“They are trying to label the religious leaders who are advocating for the enactment of law as fake or bogus, some are even calling them senile. That is the language that is coming from the anti-choice movement,” he adds, describing what some people call the pro-life movement.

While MP Kingston indicated that religious leaders are against the bill, that is not the case across the board, no matter what denomination, according to Bishop Amos Tchuma, a Pentecostal minister in Mzuzu.

“There is a lot of hypocrisy in Christian circles-- they want to look like they are holy but are doing the very same things,” says Tchuma, referring to pastors who he says claim to be against abortion.

“We should speak the truth to help people so they should not die from unsafe abortion,” adds Tchuma.

The Religious Network for Choice (RNC), an interfaith leaders group based in Blantyre, the economic capital, that supports believers to make their own reproductive health decisions, has come out in favour of the bill.

The group also called out those against the bill who have resorted to name-calling.

They are “evil people who do not care about the unborn babies and their rights. Nothing could be far from the truth,” it said in a statement.

“We as faith leaders under RNC care for both the unborn babies and the lives of women who die due to complications resulting from unsafe abortion,” it added.

An online Madrid-based pro-life pressure group called CitizenGo that claims to “defend life, family and liberty” has put up an online petition for people to sign to prevent the bill from becoming law. Although it claims it is transparent, saying “open and honest communication with everyone makes CitizenGo a good leader”, there are no Malawians visibly attached to this, nor anyone else, for that matter.

While organizations have pushed both ways, the ensuing conversations on social media and in the national media have shown that people who practice a religion are not necessarily against the bill, either.

I Am Not a Goddess blog, written by Diana, a Malawian who considers herself “a Christian first”, also came out in support of the bill.

“If your biggest takeaway in the conversation around the abortion bill is that women want the right to kill innocent children, then you are not listening,” she writes.

Other Malawians on social media have discussed how a fetus is perceived in Malawian culture.

“After a stillbirth, the grave is dug by women, grieving is not allowed and men do not participate in any way,” Kusali Kubwalo, a girls' education advocate writes on Twitter.

“Men are not involved. It is purely a women's affair. It is almost like your husband, community and church are embarrassed that you had a still birth,” she adds.

Religion, politics, and morals
President Lazarus Chakwera is a pastor himself, but has left parliament to debate the hotly contested bill.

Lawmakers interviewed in Malawian newspapers, including MP Kingstone, have said they would unequivocally vote no.

According to Malawian newspaper Weekend Nation, 80 percent of MPs surveyed said they would vote against the bill.

Kainja believes it will not pass either, but for different reasons.

“I think our parliament has failed us because they've not debated the contents of the bill, but have looked at it from an emotional and religious point of view, which is not what MPs should be doing,” he says.

COVID-19: Ashanti Region records 783 cases in one week
31 minutes ago