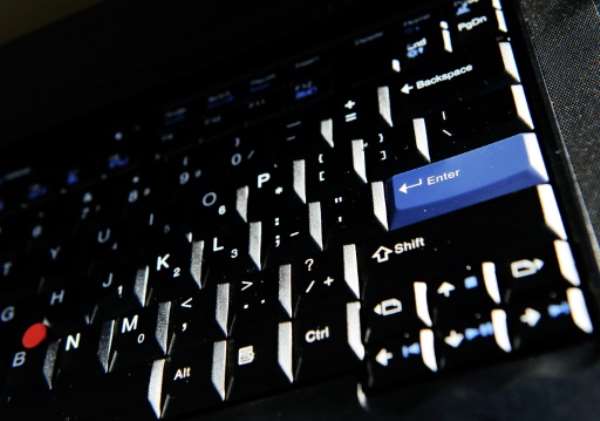 I have been hearing on some news media for the past few weeks the advanced planned hacking of the Electoral Commission's (EC) election results and electoral register database by the NDC. Those alleging the nefarious cyber attack on the EC, plotted by the NDC for their selfish, myopic and win-at-all-cost desire, have constantly been warning the EC and other relevant persons and institutions to take the necessary robust measures to foil any such criminal attempts by the NDC.

I don't know how much seriously the EC, the government, the security institutions and the cyber security experts in the nation are taking such warning alerts or allegations. Does it cost much to check, or put in place counter measures, even if such allegations are false, than to wait or do nothing until the suspected activities take place only for you to bite your finger in regret saying, had I known? Is "had I known not always at last "as the saying goes?

In the complete absence of any venue to communicate any counter security measures to the EC and the relevant institutions, I shall suggest and publish same in the public domain as follows.

1. The entire office of the EC, especially that of their Chairperson, Mrs Jean Mensah, must be subjected to intensive security sweep, thus debugging. There could be the possibility that the office is bugged, that is, minute listening electronic devices may have been secretly planted in the offices to eavesdrop on the staff, especially, Mrs Jean Mensah and her deputies. (Debugging is a specialised job carried out by specialised persons. Do we have any of such people in Ghana?).

2. From some of the allegations as initially started, Mrs Jean Mensah was being warned to be wary of one of her deputies. That person, whose name was not mentioned, is surely known to those making the allegations. Nonetheless, Mrs Jean Mensah must not fully trust anyone but herself. She has to keep close eyes on the very top people she works with, especially those in the IT department of the EC. They are those that can collude with the NDC, should there really exist any such potential to hack the EC computers. Was the former Inspector General of Police, David Asante-Apeatu, not betrayed by his own trusted Executive Secretary of Police, Superintendent (Retired) Peter Lanchene Tuubo? Could Peter Tuubo, an NDC mole, not have passed confidential or intelligence information and materials to the NDC? The bible says in Matthew 10:36 that "a man's enemies will be the members of his own household".

3. Mrs Jean Mensah must begin to have a dedicated phone number unknown to many people but one or two trusted fellows. The number must not be on a registered Sim card but unregistered one although in Ghana, every Sim card must be registered to a name. Nevertheless, under special circumstances and/or for intelligence purposes or absolute confidential reasons, there must be an exception where Sim cards are not registered but permitted to be used. Any intelligent person or security expert will understand where I am coming from without me delving deeper into explaining why this suggestion. ("A dedicated number is a phone number that is associated with one agent only. All inbound calls to that phone number are routed directly to the agent to whom the dedicated number is assigned").

4. The President and other top personalities are to avail themselves of Suggestion No.3. Hackers can easily eavesdrop on their dedicated phone calls whether they are cell phone (mobile phone) or office/home landline once they get to know such numbers. This is why the suggested numbers must not be known to many.

5. The trusted few can share their phone numbers but be ready to change them at any time and at the blink of the eye. This requirement is imperative, especially where there is the potential for causing harm as it is alleged to be the tireless effort being made by the NDC and their agents and assigns.

6. The issue of visas to foreigners, especially the youngsters from the Arab countries, India, Russia or China to enter into Ghana from now until the election day must be highly restricted. The reason being, the allegations have it that some young Arabs have come into the country to spy or gather more information for cyber attack purposes during the election. The Ghana Embassies or High Commissions must scrutinize visa applications submitted by non Ghanaians and if possible refuse them should any suspicion arise as to their motive for travelling to Ghana.

7. The ports and the Kotoka International Airport must be monitored for any suspicious machines capable of disrupting the impending 7 December 2020 general elections. I hope IT analysts and security gurus know what I mean.

8. There could be reshuffle of the security personnel (Immigration and Border officers) at the ports and the airport from now until early morning of 7 December 2020. Security experts know what I mean. "B…" must be aware of this, therefore, he must impress this need upon the security agents and the government.

9. In the worst case scenario, covert surveillance recording can be used to check on suspected persons, all in attempts to sabotage the planned hacking and other illegal cyber attacks as purportedly planned by the NDC.

More measures to counter any intended cyber attacks on the EC database could be forthcoming from me but the little said here may be of more use or go far to help should they be adhered to. As it is not advisable to wash one's dirty linen in public, so will it not to be good to reveal detail counter cyber attacks in the public domain.

We are compelled to make certain important suggestions public because of the difficulty of reaching the persons and institutions concerned using private means. At times, one feels like giving up on Ghana because of the nonchalant attitudes by most of our leaders who are selfish, myopic, visionless and greedy. They think more about themselves and hold on to their parochial interests hence do not appreciate any suggestions from anyone that will obstruct the achievement of their often selfish interests instead of the collective interests of the citizenry.

I want the elections to be free and fair without any foul play by whomever.

The battle is the Lord's!