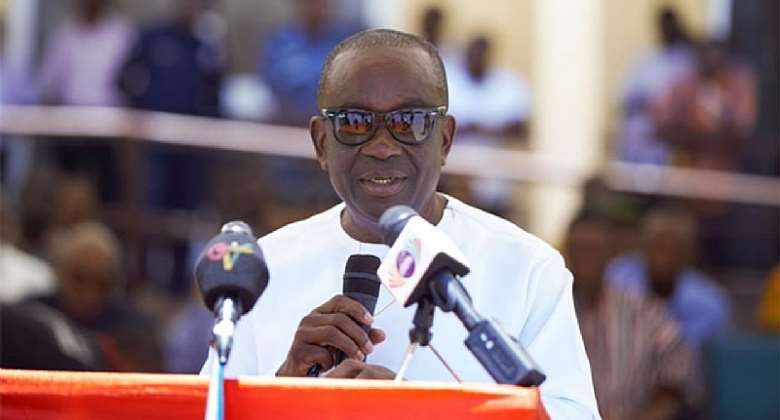 A high-powered government delegation on security led by the National Security Minister, Albert Kan Dapaah today, October 2, visited the Volta Region to have a first-hand information of the security situation in the region following threats from secessionist groups in that part of the country.

Addressing the press after the day’s activities, Deputy Minister for Information, Pius Enam Hadzide said 60 suspected criminals have so far been arrested in relation to recent disturbances in the Volta Region.

“So far, 60 suspected criminals have been arrested, 54 have been remanded and the rest being processed for court.”

The 60 according to Mr. Hadzide are suspected to be members of the separatist movement demanding the secession parts of Ghana to form a Western Togoland.

The Deputy Minister also disclosed that 54 out the 60 people arrested are currently on remand while the rest 6 are being prepared for court.

“The House and delegation also agreed that continuous dialogue and collaboration between government, chiefs, and security forces are crucial in the fight ahead.”

Mr. Hadzide indicated that security forces had been deployed to certain areas in the Volta and Oti Regions.

“Deployments have been made according to the strategy that the security is using to deal with the unfortunate and criminal event. Deployments have so far been made to Juapong, Hohoe, Aflao, Nkonya-Alavanyo, Kpando, Kpasa, and Kete-Krachi in the Oti Region. There have already been deployments in Kpassa, Kete-Krachi, and Nkonya-Alavanyo but these have been reviewed to deal with the current threats.”

He also commended the Regional House of Chiefs in its unanimous condemnation of the secessionist activities.

“It is worthy of note that the Volta Regional House of chiefs once again openly condemned the activities of secessionist groups namely the burning of buses, blocking of roads, and attack on two police stations. In fact, the Regional House of Chiefs was unanimous in its condemnation and once again committed itself as custodians of the land to a united and prosperous Ghana made up of 16 regions and 204 MMDAs as we currently have.”

Violent activities of the secessionist groups have heightened in recent times.

Members of the group recently blocked entry roads into the Volta Region in demand of the elevation of Volta Region, Oti Region and parts of northern Ghana into an independent state known as Western Togoland.

The subsequently attacked the State Transport Corporation (STC) in the Volta Regional capital, Ho, and set ablaze one of its buses.