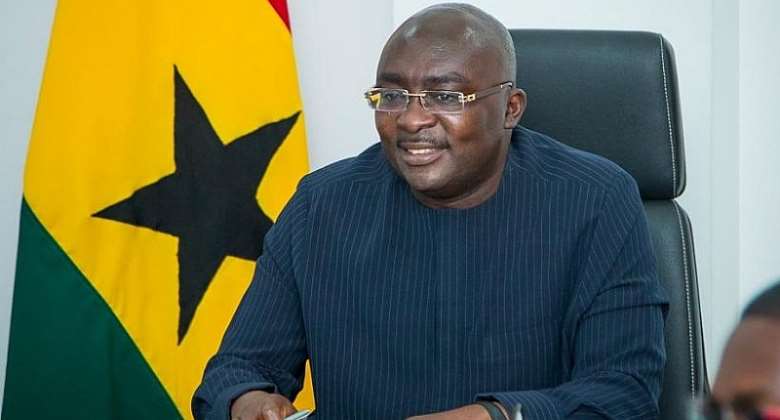 The Vice President, Dr. Mahamadu Bawumia says government will not engage groups claiming to be campaigning for the independence of an imaginary Western Togoland state.

He said the groups and their demands are criminal and as such the government will under no circumstance engage them on the matter.

He indicated that granting the separatists audience will open the government up for many such illegal demands for secession.

“Negotiation with criminals? On what basis? Then we will be open to many things and tomorrow you go somewhere and another group will also come and say they are the northern territories [seeking independence]. It will not happen. It doesn’t make sense,” the Vice President said in an interview on Asempa FM on Wednesday.

Dr. Bawumia insisted that the Western Togoland area is nonexistent and is only a figment of imagination of persons making such demands.

“It does not exist. The Mamprusis, Gonjas, Oti people are part of Ghana. They have not expressed interest in going anywhere so where is this figment of a Western Togoland? Where is it? Is it Ho? Kpando or Kpeve? There is no legal basis for those demands. It is criminal and so Ghana must come together… Some criminals are trying to misrepresent history and engage in criminal activities,” Dr. Bawumia said.

The government is currently holding 31 persons believed to be members of a separatist group that blocked the Juapong–Accra, and Sogakope–Accra main roads, raided police stations and stole some state assets last Friday.

That incident has rejuvenated national discussions on separatist groups that have emerged in the country with the view of gaining independence from Ghana.

According to Bawumia, the situation is a cause for worry and Ghanaians must unite to stop it.

He further expressed confidence in the approach of the country’s security agencies to address the situation while urging the public to support government in its quest to silence such groups.