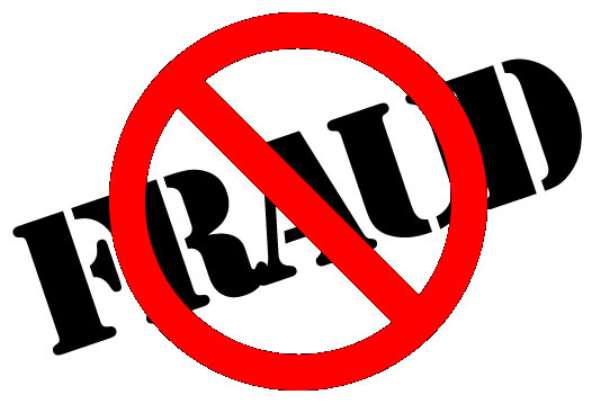 For the past few days, it has immensely repetitively been occurring to me in my sleep, in my leisure and busy hours, without regard to location, specificity of time and mood, to convey the underlying message, and also stress it, to, not only Ghana judges but also, the people of Ghana, especially, my Kumawuman compatriots. I have always said, and believe, that, whenever any such unexpected message suddenly comes to me, engulfing my sense of being and whole body, similarly as cumulonimbus cloud envelopes the sky, it is God tasking me to gird up my loins to go out there to deliver a message to the people, no matter how appetizing or distasteful it will be to the hearers.

The message today, Sunday, 20 September 2020, is for Ghana judges and lawyers, drawing their attention to one of the cardinal rules, the adherence to which, the prosperity, peace, fairness and development of Ghana as a nation and a people, can easily be realised without encountering many hurdles. The same message goes to reassure Kumawuman people that God is in control, no matter how dreadful their situation has become vis a vis the desire by some so-called colluding powerful traditional overlords to suppress them with intent to exploit the wealth of Kumawuman to the hilt for their selfish insatiable greed.

For the attention of Ghana judges, and that of the entirety of the Ghana justice system, be it known to you that it is accepted the world over, in the legal profession and practice, that, "Fraud vitiates all contracts".

VITIATE is defined variously as to impair the quality of; make faulty; spoil; to impair or weaken the effectiveness of; to make legally defective or invalid; invalidate. FRAUD on the other is defined as, "the crime of obtaining money or property by deceiving people" or "a person or thing that is not what it claims or pretends to be"

Therefore, if one falsifies a document to trick people, or an institution, to obtain something that he/she would otherwise not get if the falsification had not taken place, could it not be considered as fraud? And, if yes, does the relevance of "fraud vitiates all contracts" come into play here?

I shall be quoting extensively to buttress my contention that Ghana judges must not be seen to dent their hard-earned reputation by flagrantly disrespecting internationally accepted guiding legal principles which form the solid foundation pillars for their legal profession or practice, and for the success of any serious nation.

Lord Denning’s infamous statement in Lazarus Estates Ltd v Beasley: He says, “No court in this land will allow a person to keep an advantage which he has obtained by fraud. No judgment of a court, no order of a Minister, can be allowed to stand if it has been obtained by fraud. Fraud unravels everything. The court is careful not to find fraud unless it is distinctly pleaded and proved; but once it is proved, it vitiates judgments, contracts and all transactions whatsoever…”

Mr. Wells, in his very useful work on Res Adjudicata, says, Section 499: "Fraud vitiates everything, and a judgment equally with a contract; that is, a judgment obtained directly by fraud, and not merely a judgment founded on a fraudulent instrument; for, in general, the court will not go again into the merits of an action for the purpose of detecting and annulling the fraud"

Once fraud is established beyond reasonable doubt, supported by evidential documents to have been committed, any robust arguments to be put up by whomever to justify the committal of the fraud is automatically invalidated. I hope Ghana judges, most of whom are allegedly easily induced by bribe, or whatever, to sell justice to the highest bidder, must please take note of this vital legal principle about fraud.

I am personally aware, and have researched, and do possess credible evidence on the ongoing Kumawu chieftaincy dispute in regard of alleged committed fraud.

We are all waiting patiently to see how our learned judges will finally go about it. And, as long as God Almighty empowers me, replenishes me with wisdom and can-do spirit, I shall publish and inform the Ghanaian and worldwide reading public about whatever He reveals to me through whichever medium.

Some people may see me as being too fanatical, concluding from my incessant averments that some outsiders strolling in Ghana with their chests puffed out, claiming to be traditional overlords, are resolutely determined to re-write Kumawuman history for their parochial greedy interests. No, I am not a fanatic but someone who stands for the truth and defends what is right in the interest of Kumawuman.

Find below a view expressed by former American President Barack Obama. He said, “Hope is the bedrock of this nation. The belief that our destiny will not be written for us, but by us, by all those men and women who are not content to settle for the world as it is, who have the courage to remake the world as it should be.”

Why should Kumawuman citizens lose hope, the bedrock of Kumawuman, to allow greedy outsiders to come and re-write our history to suit their selfish quests? Why should we allow Kumasiman, thus Asantehene, to have dominion over Kumawuman, contrary to all Kumawu and Asante traditions and customs?

I will not rely on any discouragements, threats of death to me or insults on my person, to be put off my intention and decision to defend Kumawuman against external traditional overlords and their agents and assigns, be they judges, politicians, fake men of God, etc. My belief and determination to defend the collective interests of Kumawuman subjects and the traditional sovereignty of Kumawuman could have well been expressed by former late American President Gerald Ford who said, “I do believe that the buck stops here, that I cannot rely upon public opinion polls to tell me what is right. I do believe that right makes might and that if I am wrong, 10 angels swearing I was right would make no difference".

Once I am right doing what I am doing, no amount of persuasions to the contrary, can change my mind unless it is coming from God, His Son and the Holy Ghost.

With God on our side, we shall emerge victorious. The battle is the Lord's!

‘We’ll go hungry if we stop light fishing’ – Fishermen in El...
8 minutes ago