How a Single Mining Deal Could Derail Ghana's Democracy 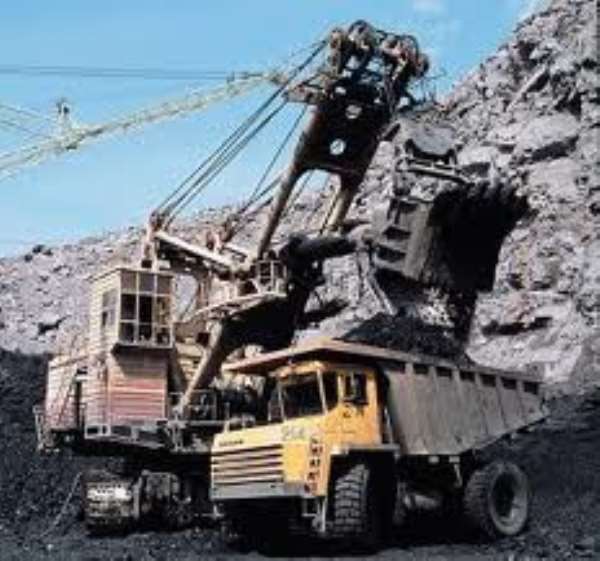 As Ghana turns towards general elections in December, a new agreement by the government to sign away the country’s mining revenues is causing major controversy.

On August 14, President Nana Akufo-Addo’s government signed an agreement with Agyapa Mineral Royalties Limited, a state-owned company that will finance gold mines and other large-scale development projects in exchange for rights to all of Ghana’s future gold mining revenues. The company will initially give the government $500-750 million in funding. As the country brings in hundreds of millions of dollars from gold every year, the move represents a short-sighted capital raising scheme by what is largely seen as an increasingly autocratic Akufo-Addo government.

The deal has drawn major criticism over its lack of transparency, including allegations of corruption. Civil society groups, advocates of sustainable development, and the opposition National Democratic Congress (NDC) party have all come out against the agreement. Ahead of December’s election, the Agyapa deal exposes cracks in Akufo-Addo’s government that threaten the legitimacy of Ghana’s once-thriving democracy.

“The Ghana Infrastructure Investment Fund (GIIF) could have played the same role of Agyapa if the Akufo-Addo-led government wanted to be transparent,” said Ghana’s opposition leader and former president John Dramani Mahama of the NDC party.

An emerging view is that the Akufo-Addo government is rushing the deal through before the December elections out of fear that it will lose power following the vote. Members of Parliament were reportedly given only four hours to review the deal, offering no chance for proper oversight. Though the government’s Minerals Income Investment Fund will be the majority shareholder of Agyapa Mineral Royalties, the company will not be accountable to the national interest and the people of Ghana.

There has been no public transparency as to the terms of the deal and its possible impacts—a recent statement by the NDC on the law offers Ghanaians one of the few pictures of what appears to have happened behind the closed doors of the Akufo-Addo government.

Under the Agyapa deal, Ghana’s natural resources will be tied to unknown business interests as Agyapa Mineral Royalties is managed without oversight or accountability. The company, which is now 100% owned by the government, is incorporated in the UK tax haven of Jersey and will raise capital by investing in the London and Ghana stock exchanges. All future royalties from Ghana’s mineral resources will be piped offshore, away from public scrutiny, and opening up the possibility of interactions with money launderers.

The process behind the Agyapa deal also points to Ghana’s major challenges with nepotism under the Akufo-Addo government. The deal is the product of years of work by President Akufo-Addo, his cousin Finance Minister Ken Ofori Ata, and another cousin, Gabby Asare Otchere Darko, a businessman with a questionable track record and ties to the ruling New Patriotic Party (NPP).

The same problems are clear in the structure of Agyapa Mineral Royalties. The top managers of Agyapa, including the son of Senior Minister Yaw Osafo-Maafo, will exercise unchecked control over revenues from Ghana’s mineral resources. The Agyapa deal also makes it impossible for future governments to replace managers of the company.

The agreement has already seen large-scale public opposition as citizens say the deal is another attempt by the Akufo-Addo government to shortchange the people of Ghana while extracting benefits for those in power and their associates.

A coalition of 15 civil society organizations is demanding that the agreement be suspended, citing a lack of transparency and openness around the process. The groups say the government failed to consult with the public or answer questions about Agyapa.

“Regardless of the attempt to clarify some concerns, significant questions remain unanswered,” said Dr. Steve Manteaw, communications director of the Integrated Social Development Centre (ISODEC) and spokesperson for the civil society coalition. “Are the managers and directors of Agyapa not politically exposed people? And were they not selected through an uncompetitive process?”

Ghanaians are speaking out against the deal on social media under the hashtag #AgyapaRoyalThieves, denouncing it as looting and calling for fellow citizens to force the government to reverse the deal. The opposition NDC, for its part, has said that it would not honor the terms of the agreement if the party wins the December elections.

The controversy over the deal has major implications for the future of Ghana, as the public looks to the country’s leaders to see whether they step up to defend the country’s democracy. Investors will be put off by the deal, ultimately affecting Ghana’s reputation, but it will also threaten Ghana’s national finances. Akufo-Addo and his government pushed the deal through behind closed doors in part because it appears neither logical nor in the national interest. The agreement seems nothing more than an attempt by Akufo-Addo and his allies to increase their grip on Ghana’s state resources before the elections—as civil society groups and opposition leaders have said, the deal is nepotism and state capture on display.