Bill Freund 1944-2020: a professor who wore the weight of history lightly

By David B. Moore - The Conversation 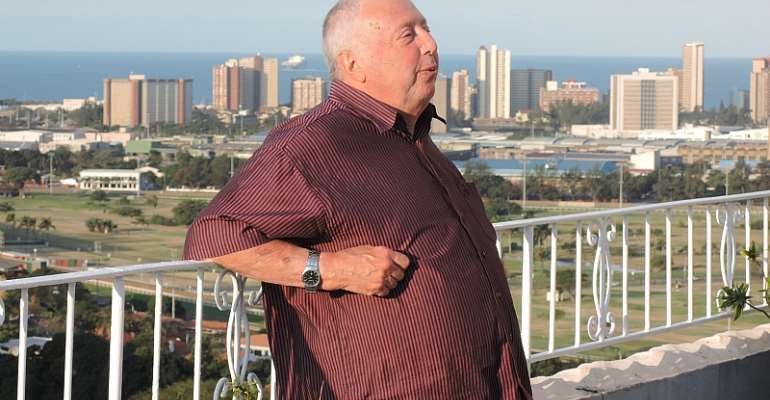 Bill Freud at his 70th birthday celebration. - Source: Provided by the author.

University of KwaZulu-Natal Professor Emeritus William Mark Freund, the economic, social, political, and development historian, died suddenly at his home in Durban, South Africa, on August 17. Seventy-six years old, he was born in Chicago to parents who had escaped the Holocaust spreading to Austria.

He was the ultimate professor – the professeur ne plus ultra – to the postgraduates he supervised at the University of Natal, where in 1985 he settled to his first full-time job. He was punctual, patient, restrained in punctiliousness, prolific with help . He praised when praise was due.

Thousands of students and academics who experienced his lectures, attended seminars with him and read his books would agree. His most famous work was The Making of Contemporary Africa (in three quite different editions); last year he published Twentieth Century South Africa: A Developmental History .

His studies (some co-edited) range from his first, a study of Nigerian tin mining , to The African Worker , comparative urban studies and history , Durban's Indian working class and its wider “ vortex ”, and a 2010 collection on South Africa's development dilemmas . He was proficient in eight languages, including Kiswahili and Spanish, and wrote prolifically. Wits University Press will publish his autobiography in early 2021.

Bill re-invented his Economic History department in 1998 to include a development studies programme, markedly original and historically imbued .

Before his post at the then University of Natal, he experienced much of Africa and Europe. His Yale PhD on the Batavians in the Cape from 1803 to 1806 took him just two years from 1969, including some months revelling in the UK's leftist academic environment. Wits University Press

He lectured for four formative years at Nigeria's Ahmadu Bello University Nigeria and five intense months at the University of Dar es Salaam . During his three Harvard years his vigorous erasure of Samuel Huntington's chalk-marks before his classes exorcised his hatred of American imperialism.

But he was at home in Durban . Its famous dockworkers' strike and the scholar-activists contributing to apartheid's end were key to his academic pursuits. The unions' key role in the struggle resonated with his Marxist – more lightly, “historical materialist” – sense of history's weight, but also its forward march.

He co-founded the journal Transformation , on New Left Review lines. Bill worked on it until his end.

Transformation retains its mark on the region's intelligentsia. What might this imprint be?

Stellenbosch academic Bernard Dubbeld recalls that by the mid-1980s Bill foresaw the wilting of the “revisionist Marxism” and vigorously independent trade unions that had flowered in South Africa. In Transformation's first issue Bill warned that the clouds of crudely refashioned nationalism might smother the rigorous, unorthodox and non-sectarian materialist method developing in South Africa.

A quarter-century later Bill argued that Harold Wolpe's 1972 “ capitalism and cheap labour power in South Africa ” remained the “ most stimulating and important idea ” in South African sociology. Yet Wolpe may have been wrong about South African labour's progress. Indeed young scholars influenced by Bill dug into the 1970's Durban dockworkers to discover social forms more complicated than a singular “working class”.

Bill delved into history's deep structures. Their long-term changes – Bill's “ weight of history ” – would stymie superficial efforts at “transformation”, let alone “revolution”. Yet he refused to be transfixed; you could find and pry open the cracks as history moved . There lay his light touches to historical materialism.

By 2010 Bill's introduction to his and Harald Witt's edition on South Africa's development dilemmas mourned the end of “the Marxist dream of a unified working class, created by mass industrialisation”. In its wake, scattered,

often inchoate protest by the so-called multitude might lead to populist leadership assuming power but is no substitute for any coherent process of transformation .

Bill's impatience with liberal utopians equalled that with faux-left demagogues and preachers of flimsy theoretical fads. Amartya Sen, he charged, had “seduced us” to believe that development could take us happily to freedom, forgetting Marx's “blood … tears” and “ age old principles ” destroyed. Furthermore, he railed, could a country producing Donald Trump export “democracy”? He joked he'd start a Journal of Dictatorship to challenge the ahistorical tenets of those in post-Cold War bubbles .

While entertaining that idea he produced his study of South Africa's apartheid-era development institutions . These “ ghosts from the past ” resembled the “tigers” eastward – often authoritarian, but developing a solid industrial base with its widespread benefits. While despising incompetent bureaucrats, Bill held grudging respect for the parastatals' directors.

Are today's state-bound development managers a new transforming force? Not in this anti-statist age; nor if they are deployed ruling-party cadres. Bill's preferences regarding developmental prospects might be thus: first, real development with democracy; second, authoritarian development; and last neither development nor democracy. He wouldn't bet on each one's probability locally or globally.

Bill has left us bereft, but with lots for reflection and research.

David B. Moore does not work for, consult, own shares in or receive funding from any company or organisation that would benefit from this article, and has disclosed no relevant affiliations beyond their academic appointment.