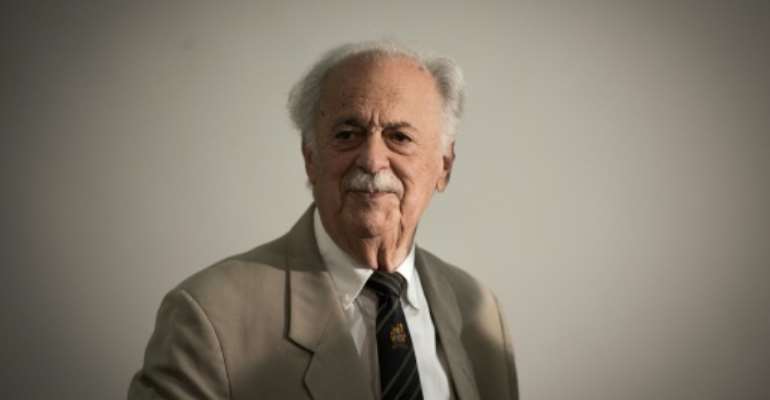 Human rights lawyer George Bizos, who has died at the age of 92. By GULSHAN KHAN (AFP/File)

He was one of the world's most celebrated attorneys, a soft-spoken but fearless advocate who defended Nelson Mandela in an epoch-making trial in apartheid South Africa.

But to his son, the lawyer George Bizos who died this week at the age of 92 was also a passionate vegetable grower who gardened in his pyjamas.

When not in court or writing up legal documents late into the night, Bizos enjoyed growing veggies at his home in the Johannesburg suburb of Parktown.

"Often very prominent people would come to visit him and he would be sitting on the patio and taking them around the garden in his slippers which were all muddy and his pyjamas," his son Damon Bizos said in an interview.

"We would always try to say to him, 'Dad, please, you know, the ambassador of such and such a country is coming to see you, or the vice president or the president is coming, can't you just put some clothes on?' and he would say 'listen, this is what I am,' and off he went."

Bizos arrived in South Africa as a 13-year-old war refugee from Greece and trained as a lawyer, devoting himself to defending democratic values and human rights.

He famously represented Mandela during the 1964 Rivonia Trial, in which Mandela and seven others were sentenced to life on charges of seeking to overthrow the apartheid government.

Many had expected the death penalty.

Instead, Mandela and the others became living emblems, and rallying points, of the struggle against white-minority rule.

Damon, one of Bizos' three sons, said that his father's eccentricities were the outer face of a strong individual.

"He was his own man," said Damon, 62, a professor of surgery at the University of the Witwatersrand. "He did what he thought was right."

Bizos continued working till he was past 90, with one of his last major cases securing government payouts in 2014 for families of 34 miners gunned down two years earlier.

"He managed to do a full day's work until he was 91," said Damon. "We always tried to ask him to slow down."

Bizos' funeral, another in a lengthening string of anti-apartheid heroes, is expected next week.