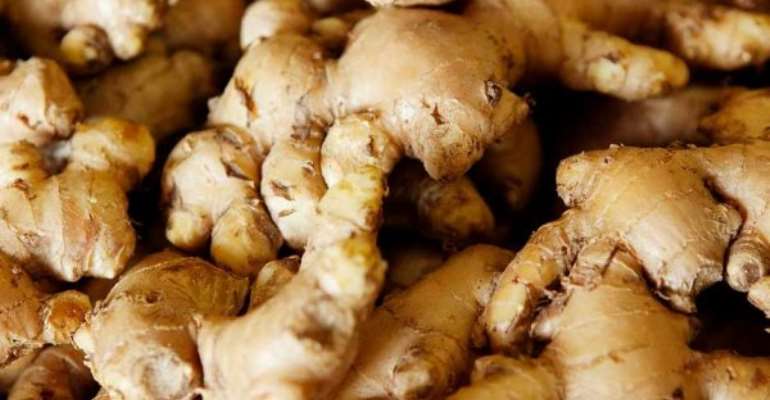 There was spontaneous jubilation among the chiefs and people of Gyankobaa in the Atwima Nwabiagya South Municipality when they inched closer to their aged old dream - a ginger processing factory.

Gyankobaa is noted as the leading producer of ginger in commercial quantities in the country, but lack of a processing factory to add value to the product had been a major challenge for the farmers.

It was therefore all joy when Mr Michael Amoah Awuku, the District Chief Executive for the area cut the sod for work on a ginger processing factory in the community to begin.

The factory, which is under the One District One Factory (1D1F), is the third to be constructed in the Municipality.

The others were a Bamboo processing factory at Atwima Mim and the Kasapreko factory at Abuakwa.

Mr Awuku, speaking at the ceremony, said the factory which would be completed in six months, would offer a ready market for the ginger farmers, increase their incomes and improve on their living conditions.

It would also offer employment opportunities to the youth in the area and enhance economic activities of the people.

Mr Emmanuel Agyei Anhwere, Member of Parliament (MP) for the area said the construction of the factory was in fulfilment of a promise made by President Akufo-Addo and called on the people to retain the government in the December elections to continue its social intervention programmes to uplift the people from poverty.

Obofour Atwimakwaa Boakye Dankwa II, Chief of Gyankobaa, praised the government for the project which sought to address some of the unemployment challenges in the area.