The Future Of Nandom Is Unclear 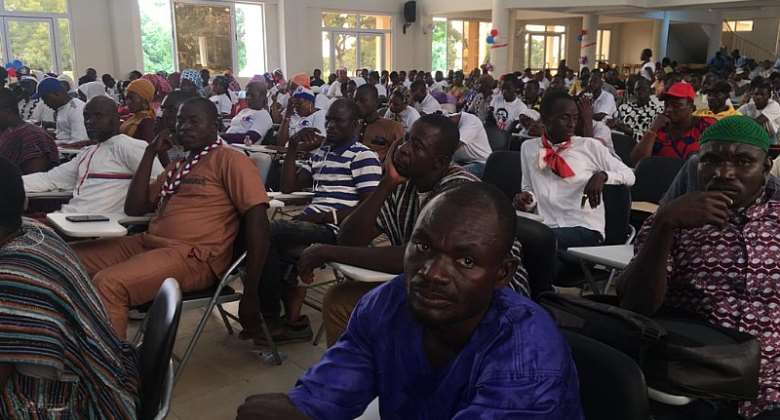 It has always been said that a chicken that will grow into a cockerel is spotted the very day it hatched. It is against this backdrop that I chronicled this piece to carry home the bleak future of the now Nandom Municipal. This piece will serve as a projector that will magnify the lapses that need an urgent patch up in the municipality.

The then Nandom district was carved out from Lawra in 2012 under the leadership of late President Atta Mills and Prof. Benjamin Kunbuor who as of then were the president and Attorney General respectively.

It has increasingly been clear that Nandom District now Municipal is blessed with lots of brainy and levelheaded personalities who are highly and properly educated. These personalities occupy very sensitive positions in this country. The likes of Sir Dr Gyader, Prof. Kuupolle, Prof. Delle, commanders of the various security services, Lawyers, Rev. fathers, Rev. sisters and brothers, interalia, and the prolific and foresighted politicians who give a facelift to the Nandom we have today. They contribute immensely both nationally and internationally. They have also achieved significantly in both academics and social development.

Despite the rich human resource we have in the municipal, there seems not to be a succession plan for the municipal. Let me state it clear that this article is purely my opinion and hence does not call for a rejoinder of thoughtful negation. My personal observation in Nandom is that most of these great personalities do not explicitly and consciously beside their relatives, mentor the youth to take over from them. That is the deficiency we have as a people. But of course, I am not unaware of the fact that few people may be mentoring some of the young ones in the municipality to take over from them. I commend you for that visionary leadership quality.

It is crystal clear that the name of Nandom stands the chance of having its name lowered because we may not get the quality human resource we have today. I don't seem to suggest that there are no potentially capable youth who can deliver. There are a lot of us very capacitated but we luck the mentoring support to reach our full potentials. A small scaffolding will do the youth great service. I have invariably disagree with the school of thought that seeks to suggest that the youth are the future leaders when many of the youth are offering quality leadership in different spheres of life. It therefore can not be true that the youth are future leaders. If you are saying so, then which generational leadership should we categories the children of the youth and their younger brothers and sisters? Rather, I believe strongly that the youth are today's leaders and should be supported to perform better in the development of their respective areas. Anyway, that is another topic I shall chronicle on one day.

Another issue that is worthy of your attention a part from the lack of succession plan, is the speedily falling standard of education in the Nandom municipal. The level at which our education is falling is unprecedented. Nandom has enviably gained the notoriety of high academic laurals across the region and the country at large but that is fast eroding away.

The statistics of the 2018 Basic Certificate Examination Council results placed Nandom municipal last in the whole of Upper West Region. Nationally, the statistics placed Nandom municipal last but third in the whole of the country. Where lies the future of our younger brothers and sisters? Are we going or we are coming? These are the signals that paint the gloomy picture about Nandom in a not too distant future hence this write up. This article is a wake up call to all who matter to arresting and undoing this canker.

What are the ways forward? I suggest that the elite group and the most dignified and experienced personalities in the municipal should create a common platform devoid of political colour to ignite the spirit of hardwork and discipline among the youth.

The platform should also be used to address the over politicisation of issues by the youth of the municipality.

Also, the platform will serve as an enabling environment to peruse and delineate the research work conducted by Prof. Kuupolle as regard the fallen standard of education in the municipality and the way forward. I am of the view that if this platform is put into effective use, it will be the panacea to the poor academic performance in the municipality of recent times.

Again, mentoring should be given to willing and zealous young ones who are poised to give off their best for the development of others, the municipality, and the country at large.