Rape: A National Threat That Needs To Be Solved Now! 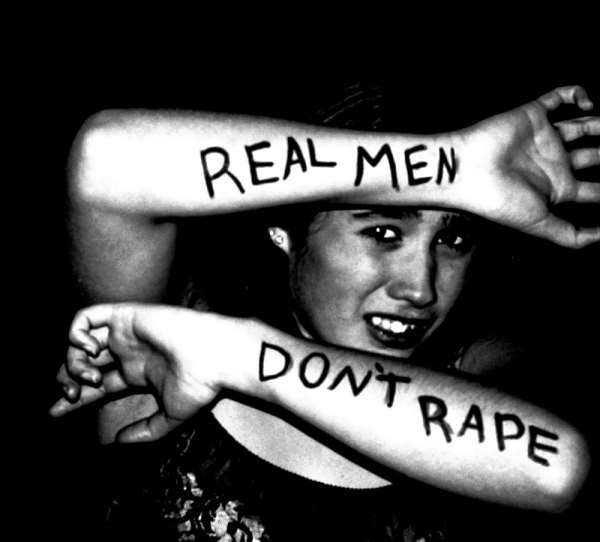 Our men and boys have lost their sense of humanity; therefore, they have found pleasure in taking away the dignity of our precious daughters, sisters, and mothers. Thereby, putting dark clouds on their future. This situation continuously rises as each day passes by.

This brings to my attention that before we come to the closure of 2020, approximately 40-50 percent of our young female life will be ruined, hence giving them no option but to live in pain and agony due to the negative stigmatization attached to being a victim of such a devilish act. This hideous act [ rape] needs to stop now. It's about time that we stand our ground thoroughly to fight the issue of Rape as it is gradually becoming a norm in our today's setting.

Despite the fact that over the period of time we have seen a lot of young people (activists, changemakers, diplomats, etc) involved in flagging the issue of Rape through different means, just to ensure the issue of Rape be abolish so as to protect our girls' future. Ironically, the escalation in rape advocacy is directly proportional to the increase in Rape crime in Liberia. Instead of the rape crime rate reducing due to the huge advocacy and awareness on rape, it is increasing every day.

When I meditate about this, so many questions start to pop-up in my head. But why is rape crime increasing, despite, the huge rise in rape advocacies? Have rape advocacy served as the catalyst to rape crime? What is the actual cost of an increase in the Rape crime rate? Who is responsible for this increase? Now that the numerous advocacy is not totally helping the situation, what do we need to do now? What is the root cost of Rape in Liberia? These and many questions linger in my head when I try to identify the problem of Rape and how it could be solved.

I believe that if the issue of Rape will be solved then we need to first consider identifying the root cause of Rape. From my little research, I have identified the following to be the root causes, however; they are not only limited to this:

I am cognizant that many will like to know why I listed the few as the root causes of the gradual increase in rape crime.

Firstly, I believe that there is no excuse for doing wrong. Therefore, everyone should definitely be liable for their actions. No matter what happens before a person is rape, it is not a justifiable reason for one to rape. Because, I often hear people say," they were under the influence of alcohol," " the victim tempted them by their dress code" or " they were under the influence of some kind of drugs." But these are not valid reasons for which one should damage another person's future. Because, before taking those substances, one should be aware of its counter-reaction; thereby, being in full readiness to coup with its counter-reaction. So there is absolutely no excuse for raping another person.

Secondly, I believe in our today's society there are lots of harmful substances on the market which also served as the catalyst in the increase of Rape crime. Therefore, it's about time that our government put measures in place to move those drugs from our market and stop it from entering our country. This will not only protect our young females from being raped, but it will also protect the future of our younger generation. Because today most of the youth are involved in drugs and substance abuse which is also destroying the future of the younger generation who are the future leaders of tomorrow.

Also, the punishment given to rapists these days are among the reasons why most young men have found pleasure in raping. Therefore, it's about time that death sentence be used as the punishment for anyone who is found guilty of rape by the court of competent jurisdiction. I am cognizant that the death sentence will serve as a deterrent to those who might want to do the same; henceforth, will lead to the reduction in rape crime rate.

Moreover, the issue of family keeping rape as a secret has been one of the major factors for which rape is on the increase. Rape cases in local communities has been settle in homes allowing perpetrators walk free. Due to this reason, many people find pleasure in raping because they walk with impunity. With this being said, if rape will be abolished, it's about time that family starts to report rape cases of any kind. If rape will be abolished, we will need a collective effort, and that effort starts with the family. No one might know if a person is rape, when the family or the victim keeps it as a secret for some so call reason.

On the other hand, many people in our society today use their monetary power [wealth] to protect themselves after destroying an innocent child's future. I don't see it as a reason for one to go free because they have money or influence. No matter the amount of money a person has, they should be dealt with in the same way and manner, those without money or connection with people in higher positions and raped will be treated.

Lastly, if rape will be solved than the lawmakers and implementers should be ready to make laws that will protect our children's future. Most importantly, those laws should not only be on the books, but they should be implemented fully. However, the possibility of this is very slim in our present dispensation. Why? Because those who should make and implement the law are in the very same act. Therefore, how will they make laws that will affect them? Henceforth, we need to start engaging our leaders thoroughly, to ensure that they make and implement laws that will help serve as a remedy to rape. We don't have the luxury of time in our hands, so the right time is now. Rape is a very alarming issue in our today's society, which needs to be solved quickly and timely before it destroys our entire Nation.

Why should we say no to rape?

We need to say no to rape now because it's the right time and moment. So it's about time the youth of our nation ensure that the government makes laws to fully protect our girls' children. We do not need future tense because it has never helped, and will never help. Sadly, just within the last seven months, we have had over 958 reported rape cases in Liberia. And this does not take into account unreported rape cases. Such a number is alarming but our government seems not to be aware of the prevailing rape situation in the country. What is the Ministry of Gender, Child and Social Protection of Liberia (MOGCSP) doing to help solve the constant increase in rape cases, despite the huge investment from international donors and partners to help and empower the SGBV department adequately fight against sexual base violence of any kind? It's time that the SGBV department became very proactive by being action-oriented. If we sit idly, nothing will be done and our children's future will ruin gradually. It is time to join the struggle to say no to rape.

Notwithstanding, I have also observed that because rape is a partially non-bailable offense, few people have started using it as a means to get back at some individual (male). There have been few cases were innocent gentlemen were accused of rape and after spending a year or more in prison while going through the trial process. Fortunately, they were found not guilty of the said crime. However, though they have been let out of prison, their character and integrity have been ruined. They have also suffered and their basic right was taking away from them for something they never did. Which I see as being evil. Therefore, I will also recommend to our laws makers to make a law that will ensure if a person is falsely excused of rape when proven by the court of competent jurisdiction, the complaint should be treated in the same way a person who rapes will be treated because they are also destroying another person future; henceforth, should receive the same punishment. In this way, we will avoid people being falsely excuse of rape.

To conclude, Rape is inhumane; therefore, let's all stop rape. Because today is another person and tomorrow it might be us. We shouldn't wait for it to happen to us before we speak against it. If rape will be solved it requires the collective effort of everyone ( perpetrators, families, victims, government, and us). So lets all fight rape together.

To our legislatures please act very drastic laws that will protect our girls' future. It's about the time that the rape law of Liberia is revisited. We need to make the punishment of rape very harsh, to help discouraged rape of any form.

Also, to the Judiciary of our noble country of Liberia, please join us to discourage rape in any form. This can only be done if we stop allowing people who are convicted of rape to walk with impunity. There should not be exceptions to the law. It's time we start to treat everyone accordingly to their offense as indicated in the Constitution. Whenever you allow a lawbreaker to go sky free you have betrayed your country which you promise to uphold and defend. Therefore, to our Justices please treat everyone according to the book (Constitution).

To the executives of the noble country, please implement the law as instructed by the book. Remember, that it could be you too; therefore, no one is an exception to facing the law when he/she should face the law for his/her action. When we all start to perform our basic function properly, it's only then we will see the right thing happening. Please join in the fight to stop rape. Vehemently, say no to the rape of any kind.

Finally, to my dear brothers and father, please say no to rape. We should not allow our sexual drive to control us to commit such hideous acts against humanity. Just imagine if someone does it to your mother, sister, or daughter. How will you feel?

You will definitely want to crush the perpetrator with your bare hands. So when a girl says no, she means no. Please don't force her. Imagine, being killed or spending your entire life in prison, just for something that took less than 5minutes and you never even enjoy it because the sexual feeling was not from both parties. Be a real man by protecting the females and not by hurting them. STOP RAPE NOW!!!!!!!!!!!!!!!!!!!!