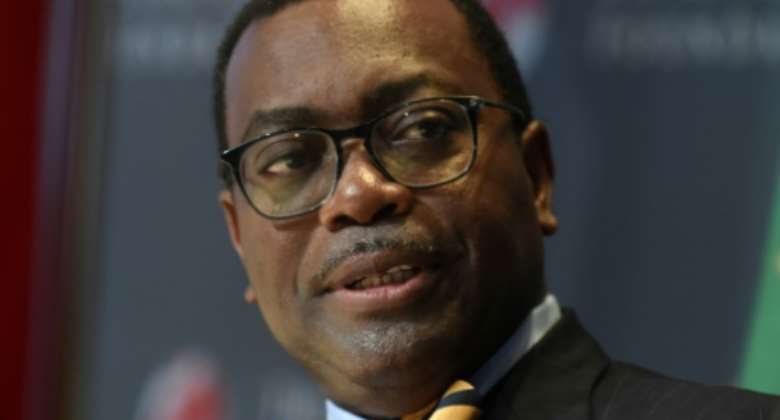 Adesina was embroiled in accusations over his management of the AfDB before independent investigators cleared him last month. By PIUS UTOMI EKPEI (AFP)

African Development Bank (AfDB) head Akinwumi Adesina was re-elected on Thursday for a second five-year term, after a prolonged storm about governance that was resolved by an independent inquiry.

Adesina, a 60-year-old former Nigerian agriculture minister, "obtained 100 percent of the votes of all regional and non-regional members of the bank," the AfDB said after its annual meeting in Abidjan, adding that his next term will begin on September 1.

Adesina was the sole candidate, but his bid for a second term had been clouded by whistleblower allegations -- later rejected -- that graft, poor management and favouritism had flourished under his watch.

Adesina, the son of a farming family, in 2015 became the first Nigerian to head the bank, one of the world's five biggest multilateral lenders and an important but often unseen player in economic development.

He gained continent-wide recognition last October when the AfDB secured $115 billion (105 billion euros) in funding pledges, a move that doubled its capital and cemented its triple-A credit rating.

Criticism of his managerial style emerged after the bank was shaken by a string of departures when he took over.

A 15-page report by whistleblowers earlier this year triggered an internal inquiry by the bank's ethics committee, which cleared him.

The United States then intervened, calling for an external investigation.

A three-person outside panel, led by former Irish president Mary Robinson alongside The Gambia's chief justice Hassan Jallow and the World Bank's former integrity vice president, Leonard McCarthy, carried out its own review.

Its report, issued last month, said Adesina had been correctly investigated and that the panel "concurs with the (ethics) committee in respect of all the allegations" against him.

In its statement on Thursday, the head of the AfDB's board, Niale Kaba, who is also the Ivory Coast's development minister, said she was "delighted" that Adesina had been re-elected.

"As shareholders, we firmly support the Bank and will give Mr Adesina every necessary support to pursue and carry out his persuasive vision for the Bank over the next five years," she said.

The AfdB said that during Adesina's first term, lending by the bank had benefited the lives of 335 million Africans, in areas such as access to electricity, transport and sewerage.

The bank set up a coronavirus funding mechanism up to $10 billion in April.

Gov’t to set up 5-member committee to lead extensive stakeho...
57 minutes ago